‘A goal for all of football’: Fans rejoice as Liverpool concede late equaliser at Elland Road after announcing plans to breakaway… with Leeds’ official account and Crystal Palace defender Patrick van Aanholt sticking the boot in

Fans have labelled Leeds’ equaliser against Liverpool as a ‘goal for all of football’ on the back of the news surrounding the European Super League.

The owners of Liverpool and five other Premier League sides have agreed to take part in a breakaway competition with other teams from Spain and Italy.

Football supporters have ripped into the proposals, mainly due to the rule that the same 15 clubs will automatically qualify for the tournament irrespective of their performances in the domestic league. 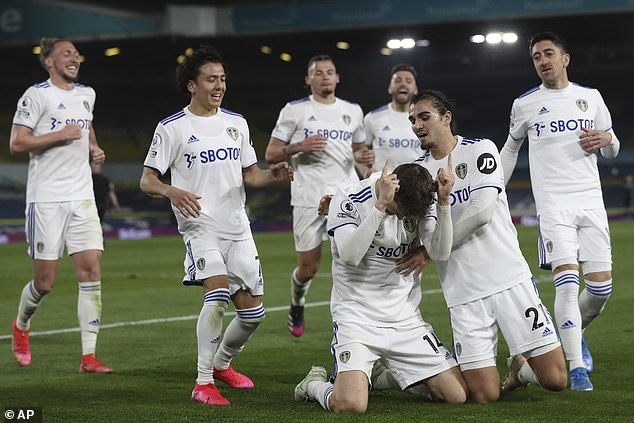 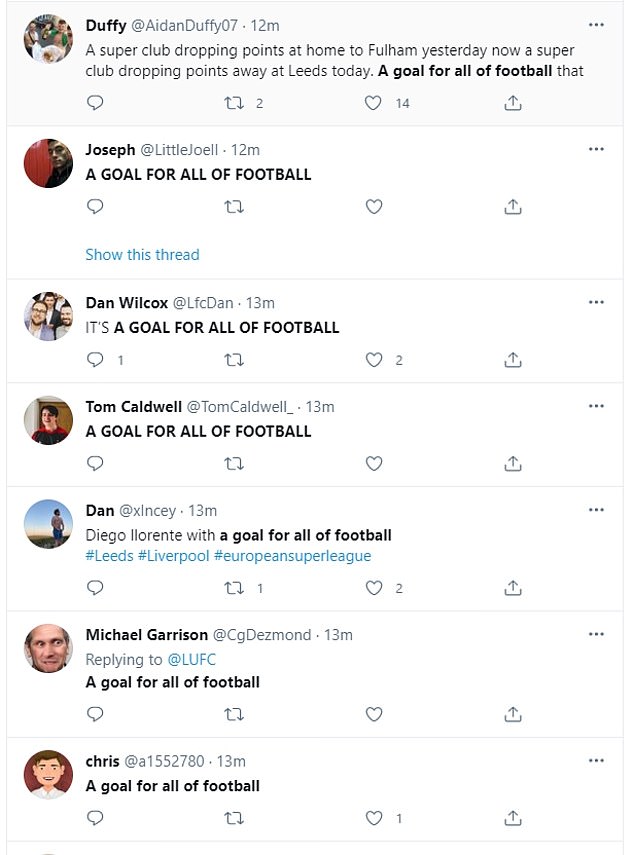 Jurgen Klopp’s side had taken the lead through Sadio Mane, but Diego Llorente’s 87th minute equaliser meant the Reds failed to move up from sixth place in the league.

A victory could have seen them jump into the Champions League qualification spots in fourth.

When Leeds scored, hundreds of supporters rejoiced at the fact they got a goal against the potential Super League side.

Many fans flooded onto Twitter to post that the goal from Llorente was a ‘goal for all of football’. 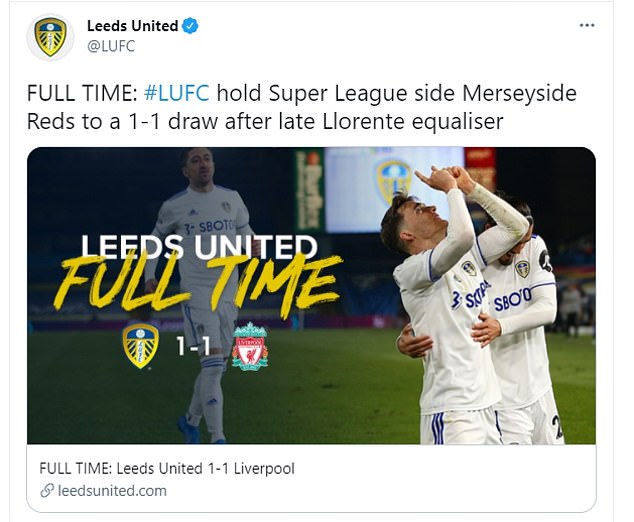 Leeds look like they should be in the super league tho 👀

Leeds United themselves made light of the situation after the final whistle had blown.

Crystal Palace full-back Patrick van Aanholt got involved as well as he tweeted: ‘Leeds like they should be in the Super League though.’