France lacked intensity and commitment in their 1-1 home draw against Ukraine in their opening World Cup qualifier, midfielder Adrien Rabiot said on Thursday.

Les Bleus failed to threaten against a very compact Ukraine side on Wednesday and Antoine Griezmann’s brilliant opener was cancelled out after the break by Presnel Kimpembe’s unfortunate own goal.

With more than half an hour still to play after the equaliser, Didier Deschamps’s side could not unsettle a solid defence and they were left level on one point with Ukraine, Finland and Bosnia in Group D. 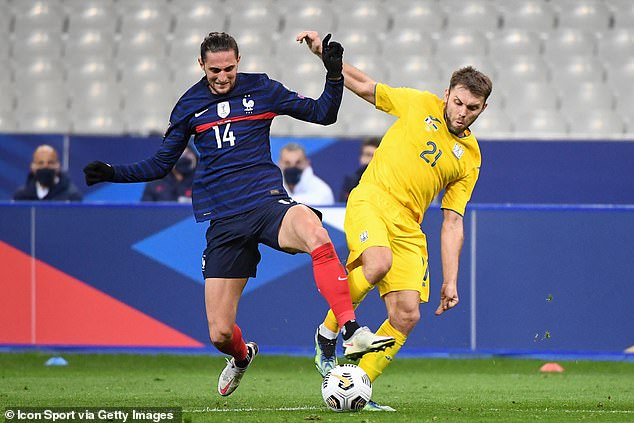 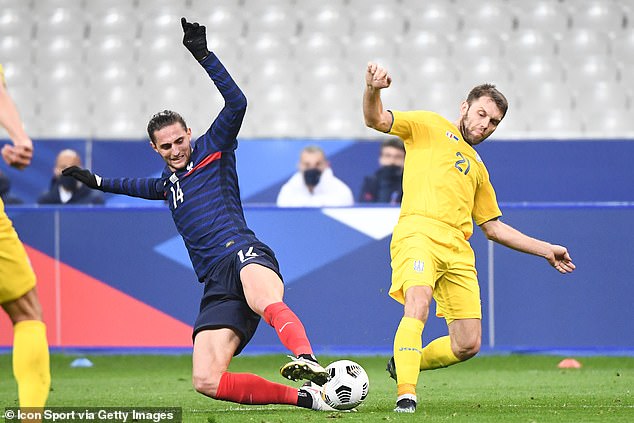 ‘We knew what to expect against Ukraine. They were here for the counter attacks. All the teams in our group are going to play like this,’ Rabiot told a news conference. ‘We have to adapt.’

France could not do that on Wednesday, with Deschamps justifying his team’s shortcomings by saying that several players had been involved in domestic league action three days earlier.

Yet Rabiot believes there was more to it.

‘If it did not work it is because we didn’t give everything on the pitch,’ he explained.

‘We should have put more intensity. With the players we have we must be able to play in any system. It’s a question of method and of willpower.’ 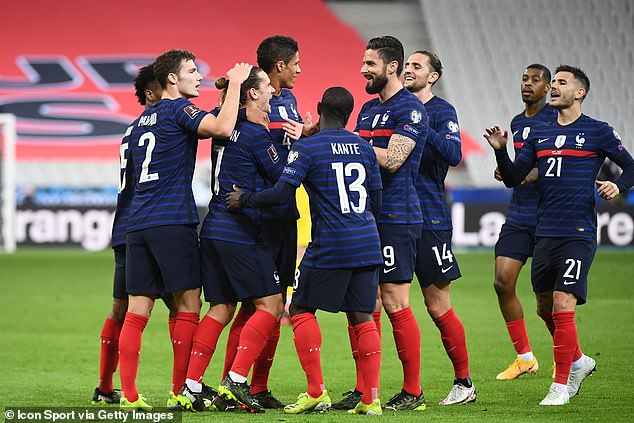 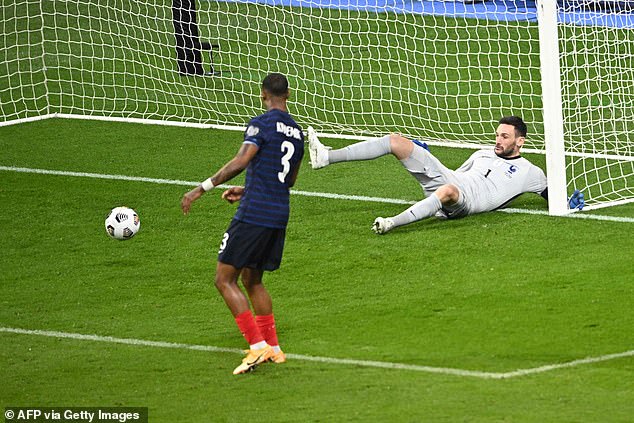 France will have two immediate opportunities to make up for their lacklustre performance as they take on Kazakhstan and Bosnia away on Sunday and Wednesday respectively.

‘There is no reason to be upset or to panic,’ said Rabiot.

‘We would have liked to do better but Ukraine played it well. Now it’s up to us to bounce back and do what it takes.’