Aldi shopper is left ‘shaken’ after being told off at the checkout – so who was in the wrong?

An Australian mum has been left feeling ‘shaken’ after a cashier at Aldi told her off for packing her groceries too slowly.

The shopper described the incident on the Aldi Mums Facebook group and asked whether others had ever experienced a similar situation.

‘I just had a really unpleasant experience in my local store reprimanded by the cashier for not packing my trolley the appropriate way and quick enough for her,’ she wrote.

‘I was putting items in my trolley as fast as I could I also had some bags sitting in the trolley that I put some items directly into.

‘Not a big line either but I did a fair-sized shop spent nearly $150. Was quite shaken, actually anyone experienced similar?’ 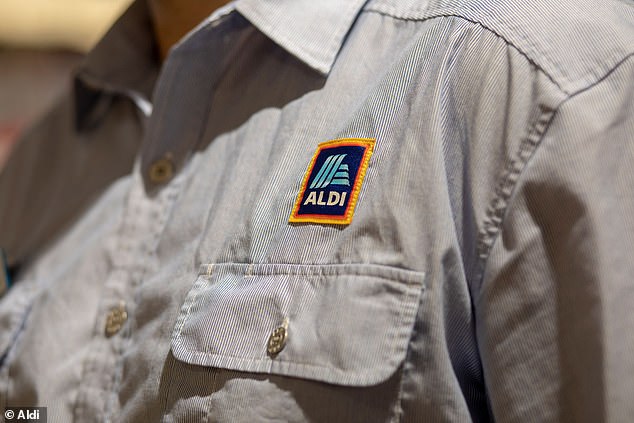 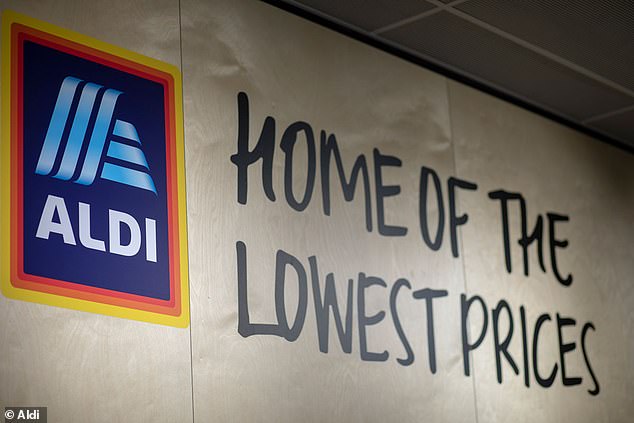 ‘I was putting items in my trolley as fast as I could I also had some bags sitting in the trolley that I put some items directly into,’ the woman said on Facebook (stock image)

Who was in the wrong?

The social media post sparked an influx of comments from other shoppers, with many describing their own experiences at the supermarket chain store.

‘Yes, a few times. I thought about it after each time. Then the next time I said, “excuse me?: And she said it again so I left everything where it was and walked out,’ one woman wrote.

‘Nobody, I mean nobody is ever going to make me throw my groceries I have purchased with my hard-earned money. They will wait until I am done and ready,’ another said.

‘I recently went through the checkouts a few weeks after shoulder surgery … the guy scanned so fast that four items ended up on the floor and at that stage I couldn’t bend forward due to extreme pain…he saw what he had done and didn’t apologise but kept scanning,’ a third added.

Aldi declined to comment after being contacted by Daily Mail Australia. 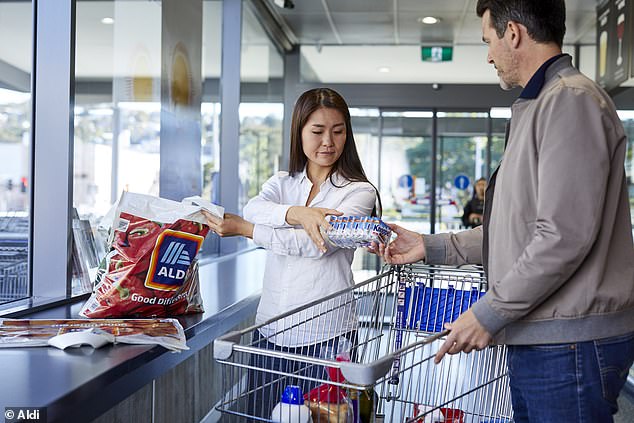 But others highlighted how Aldi’s checkout policy encourages shoppers to pack their items into bags at the packing benches provided behind the counters of the store.

‘You’re not actually allowed to place anything in bags at the check-out. Your meant to put it into the trolley and the bag it on the bench,’ one woman wrote.

Another said: ‘The staff get performance managed if they don’t scan above a certain rate and have a certain transaction time to meet or they get reprimanded themselves.’

‘If you can’t do what most understand is Aldi’s wa, pack at packing bench then FFS go shop at Coles or Woolies and stop slowing down for rest of us,’ another said and gave her opinion.

In accordance with Aldi’s ‘Good Different’ policy outlined on the website, the business operates a dissimilar way to competitors in order to keep prices low.

‘Our business model is to be efficient and to provide you with top quality products at the lowest possible prices. In order to achieve our business objectives and serve you efficiently, we operate differently to other supermarkets,’ the policy states.