The idyllic Cotswolds have long been a holiday destination for Brits looking to spend winter nestled up in a cosy chocolate box cottage.

But it’s not just Brits who are falling for the charms of the rolling English countryside, with wealthy Americans flocking to the rural region during winter months at a growing rate.

The area’s pretty rural villages have long been a favourite among the rich and famous, with homes in the area owned by Kate Moss, Jeremy Clarkson, David Cameron, Laurence Llewelyn-Bowen and the Beckhams, to name but a few.

Peter Sharvell, of Sharvell Property, The Cotswold Estate Agency, told Femail the Cotswolds has become a ‘brand destination’ for overseas buyers, with multiple buyers for each home. 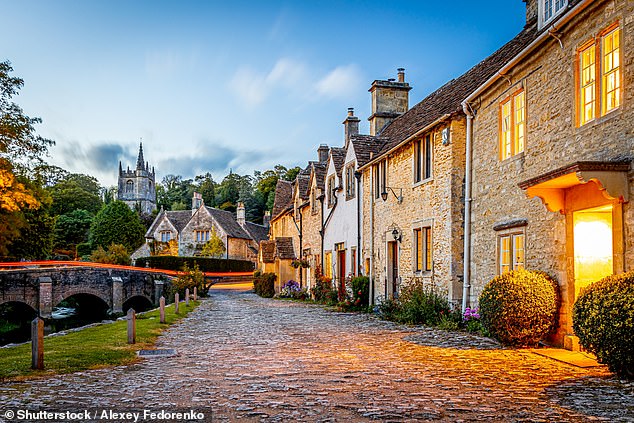 Peter Sharvell, of Sharvell Property, The Cotswold Estate Agency, told Femail that the Cotswolds has become a ‘brand destination’ for overseas buyers, with multiple buyers for each home. Stock image

He credited the ‘lure and charm’ of the British countryside with attracting American buyers, while property specialist Bruna Pani said the celebrity-loved area ‘radiates affluence and privacy’.

‘Because the Cotswolds has become essentially a brand, a destination, and not just for people here in the UK’, said Peter.

‘We sold a house last year to a client moving back from the states who because of competition and the pace of the market bought from a video tour.

‘For every good house there are multiple buyers at the moment and we’ve had experiences of people who will buy houses through a personal video tour that’s part of the lure and the charm of the Cotswolds.’ 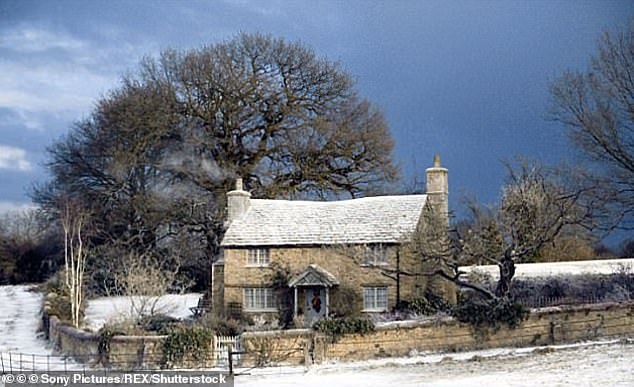 He says the average price of a home in the area depends, naturally, on style and size, but for a quaint two bed in Cotswold Natural Stone in a scenic location the price can be up to £600,000-7000,000.

Meanwhile, homes resembling the pretty Surrey cottage that inspired Cameron Diaz’s cosy country bolthole in 2006 film The Holiday can set you back more than one million.

‘I would have thought that [the house would cost] north of a million pounds, the more quintessentially Cotswolds the more chocolate box, the more expensive it will be.

Bruna, property consultant at We Buy Any House, added that as an ‘area of distinctive and outstanding beauty, culture and history’ – the Cotswolds has become ‘one of the most popular and appealing areas in England.’

How Brits went Cotswolds crazy during the pandemic

Earlier this year it was revealed how the already in-demand Cotswolds had reached new heights of desirability due to the coronavirus pandemic.

Online searches for properties in the Cotswolds doubled in the second half of last year, according to research.

Online searches on Rightmove for the Cotswolds rose 102 per cent in the last six months of 2020 compared to the same period in 2019.

The property website said the increase in searches came as people looked to relocate for a quieter life in the countryside.

Rightmove explained its focus on the Cotswolds, saying that it saw a big shift in the number of people who were looking to move to the countryside last year, and as one of the country’s most iconic rural regions, it wanted to examine whether the Cotswolds in particular had seen a surge in interest.

She told Femail: ‘Not only has the area become a prominent destination for UK holidaymakers, but also for prospective buyers from the US, who are increasingly investing in properties in the surrounding areas.

‘After conducting some research into this, We Buy Any House property experts have concluded that due in addition to the idyllic landscapes.

‘Most properties are (and have been for a while) Grade II listed, which increases their appeal, desire and value.’

The British countryside provides Americans with a sense of ‘escapism’, offering a quintessentially English experience – perfect for holidays celebrated in the winter, such as Thanksgiving and Christmas.

‘The influx of international residents provides buyers with a sense of escapism to a location that captures the true essence of the countryside – offering a quintessentially British holiday home that is perfect for holidays such as Thanksgiving and Christmas, in addition to showcasing beautiful villages which are never compromised no matter the time of year.’

‘The Cotswolds is hot property at the moment’, she said. ‘Everywhere like Chipping Norton, Stow-on the Wold, Lower Slaughter, all round this area we have a huge amount of families re-locating.

‘These clients want big estates, small holdings and no neighbours. Many are offering packages that include staff accommodation in beautiful self contained cottages which are often part of the estate.

‘Or they rent their staff a home locally so they can have access to them as required.’

She says many affluent American families are looking ‘complete isolation, peace and quiet’ with a team to run ‘their property like a hotel’, while others are keen to experience ‘authentic Cotswold village life, but still combined with effortless service and luxury.

‘It’s shifted the salaries up, and the staff have become hot property. They are able to negotiate harder to get higher salaries because the clients really want their homes cared for like a London penthouse or Belgravia townhouse, but in the heart of the countryside. Burberry and Dubarry wellies are a must!’

As of October 2021, the average house price in the area stood at £508,000, but figures can skyrocket depending on the property itself, with Bruna claiming US buyers are more likely to splash out on holiday homes.

‘Famous for being the setting of popularised British TV shows such as Downton Abbey, the hefty price tag of properties located in the Cotswold does not seem to be too much of an issue for US buyers, who are willing to pay double the market price for a standard UK house’, added Bruna.

‘The area radiates affluence and privacy, which is why the Cotswold is a favourite location for celebrity homes.’