Amnesty urges England players to follow the examples of Germany, Holland and Norway and stage a protest over the human rights record of Qatar after it was revealed 6,500 migrant workers have died since the World Cup was awarded by FIFA

By Charlie Walker For Mailonline

Amnesty International has urged England footballers to consider following in the footsteps of other international teams and protest over the human rights record of World Cup hosts, Qatar.

The players of Germany, Norway and Holland have taken a stand during the latest round of international fixtures, speaking out at press conferences and standing arm-in-arm and wearing t-shirts displaying powerful slogans.

A report released last month by the Guardian, revealed how 6,500 migrant workers have died since Qatar was awarded World Cup host status. 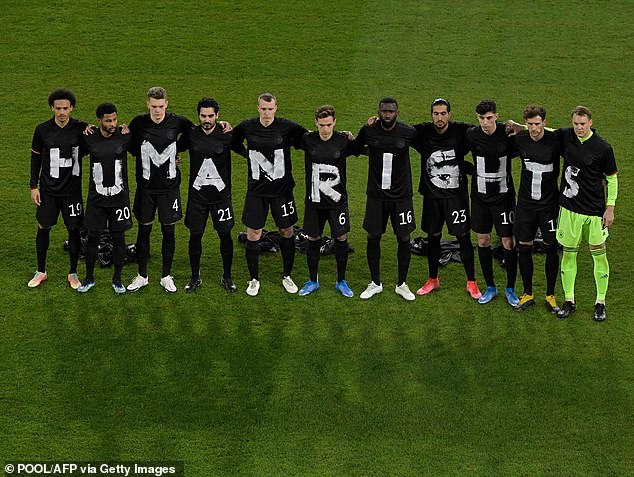 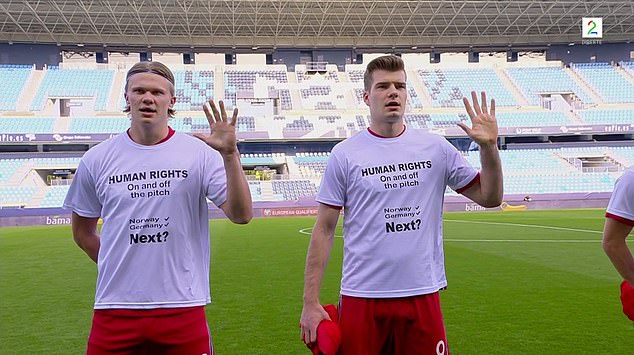 And as reported by Sporstmail last week, the competition will bring in revenue of £3 billion for FIFA, which organises the competition, but migrant workers in the Middle Eastern country are paid just £8.30-a-day.

Sometimes workers go months without pay, or are not paid at all and live in squalid conditions, according to campaigners.

Amnesty wrote to FIFA earlier this month urging the governing body to do more to protect workers’ rights ahead of the tournament in 2022.

Now Amnesty has asked England players to consider adding their voices to the growing protest ahead of their World Cup qualifier against Poland at Wembley, tomorrow.

Kate Allen, Director of Amnesty International UK, told Sportsmail: ‘England players will obviously be guided by their own consciences, but if they end up following the lead of German, Dutch and Norwegian players we’d be extremely pleased to see that. 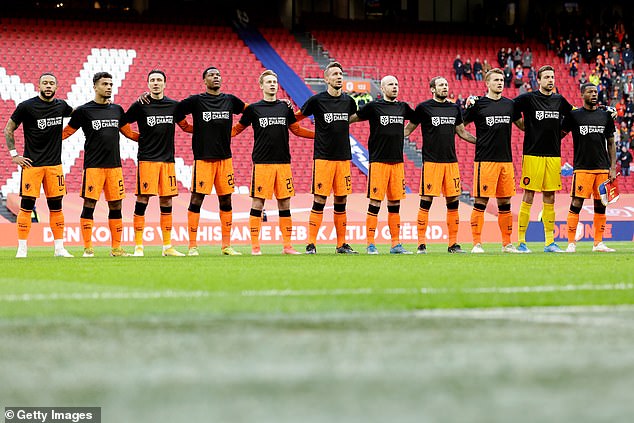 ‘Harry Kane and the England squad can read the numerous media reports about exploited migrant workers in Qatar and quickly see there’s a very serious problem.

‘Migrant workers in Qatar frequently pay massive, illegal recruitment fees to even get their jobs, and once in the country they can find themselves trapped in forced labour situations, with excessive working hours, under- or late payment, and can end up being deprived of their freedom of movement.

‘Without the two million migrants who’ve been building the stadiums, the roads and the wider infrastructure, Qatar simply wouldn’t be staging this World Cup and we need to see a legacy of genuine, durable labour reforms when it’s all over. 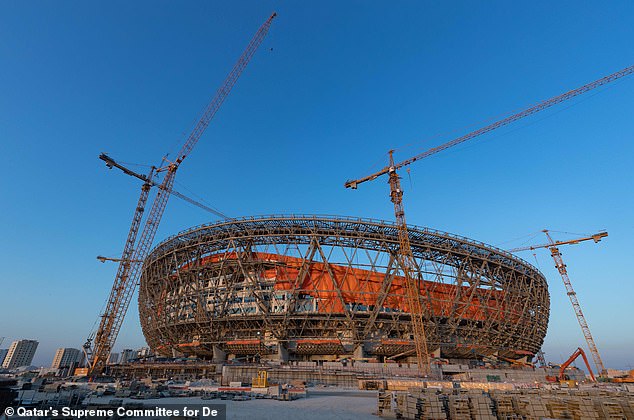 ‘It’s really important that Fifa, the FA, and individual teams and players use their influence to keep pressing the Qatari authorities to follow through on promised labour reforms.

‘Football likes to see itself as a force for good in the world, and with Qatar 2022 there’s a real chance for elite football to make its mark.’

Holland became the latest team to protest against Qatar’s human rights record before their World Cup qualifier against Latvia on Saturday.

Norway’s players stood arm-in-arm during the national anthem on Wednesday last week, and sported t-shirts emblazoned with the words: ‘Human Rights – on and off the pitch.’

Later in the week, before their tie against Iceland, Germany displayed their own message. The team wore black tops, each with a corresponding letter on.

Having then stood in a line, with their arms also interlinked, the powerful statement spelled out ‘HUMAN RIGHTS’. 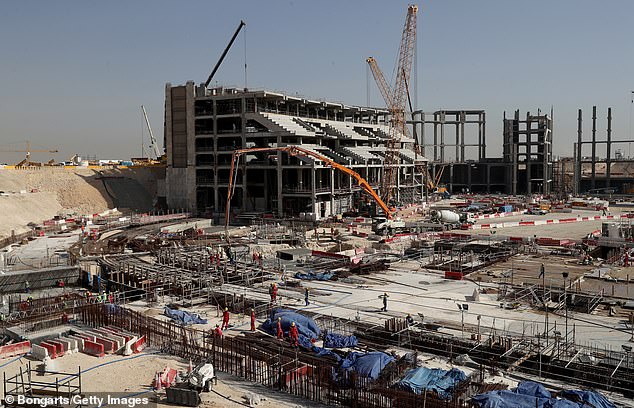