Andy Ruiz Jr is in tremendous shape as the former heavyweight king looks to make an emphatic return to the ring as he prepares to face Chris Arreola.

The Mexican’s rotund figure was widely mocked after losing his heavyweight crown to Anthony Joshua in Saudi Arabia in December 2019, six months after shocking the world in defeating the Briton in New York City.

Ruiz Jr, 31, admitted he wanted to ‘hide’ after his points decision defeat to AJ and hit a cycle of over-eating and despair after gifting his world titles back to the superstar. 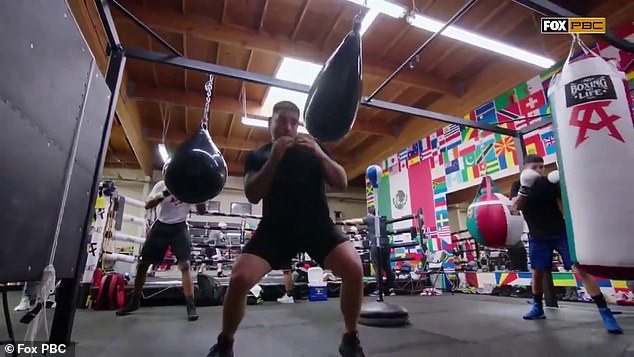 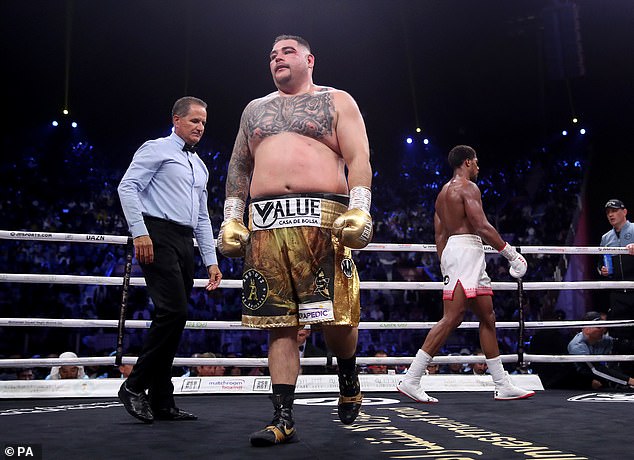 The Mexican, 31, wanted to ‘hide’ after his defeat to Anthony Joshua in Saudi Arabia in 2019

Now, the Mexican has vowed that he is back on the straight and narrow and more determined than ever to return to the summit of the sport.

And a video of the Destroyer in training has demonstrated that the hard work is paying off, with Ruiz Jr fighting fit ahead of his match-up with American Arreola on May 1.

The 31-year-old weighed in at 283 pounds when he hit the scales to face Joshua for a second time, but is understood to have shifted around 25 pounds since the rematch in Diriyah 18 months ago. 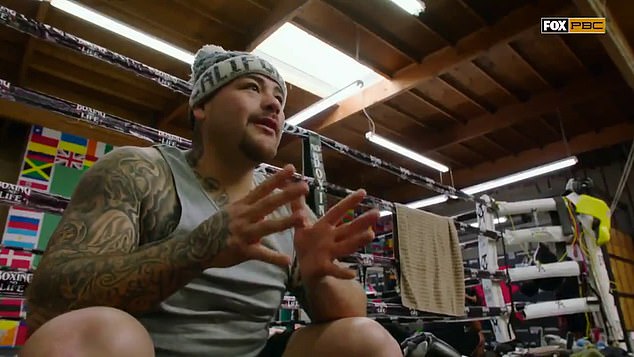 However, Ruiz is now fighting fit and looking to return to the summit of the heavyweight ranks 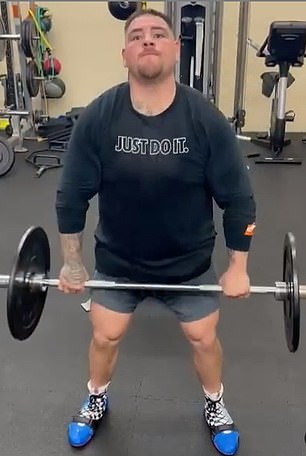 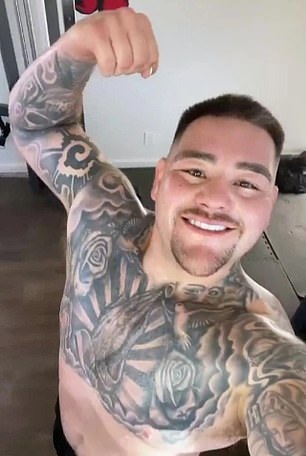 Ruiz Jr has linked up with renowned trainer Eddy Reynoso and has evidently reaped the rewards, with the former heavyweight champion taking pointers from pound-for-pound king and pay-per-view mega-star Canelo Alvarez, who is also trained by Reynoso.

Ruiz Jr described the defeat to AJ as ‘the lowest point of my life’ with his disappointment in the desert spurring him onto bounce back.

‘I just wanted to crawl under my bed and just hide and eat Cheerios,’ he told Sportsmail earlier this month. But everything has changed under Reynoso.

‘It’s all different,’ Ruiz said. ‘My mentality, my spirit, everything. 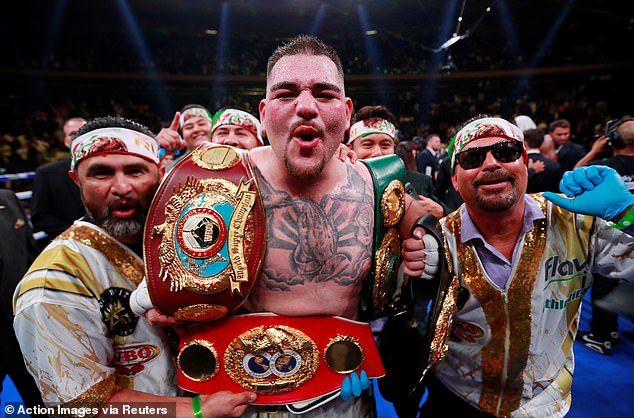 ‘I’ve learned how to discipline myself and not go crazy. I don’t try to overeat like I used to. No Snickers, no sweets, no cakes even though I love them so much.

‘On the weekend, I have a cheat meal. I used to have a cheat day. So the whole day I would be eating and eating.