There are 10 saylists now on Apple Music, each corresponding to a vocal sound that can be challenging for people with speech disorders to say – such as ‘CH’, ‘K’ and ‘R’.

Repetition is key to treatment for overcoming a speech disorder, so it’s hoped singing along to songs that use problematic sounds repetitively will provide an enjoyable form of therapy.

One in 12 children in the UK experience some form of speech sound disorder (SSD) – a generic term for the range of difficulties that children have with their speech. 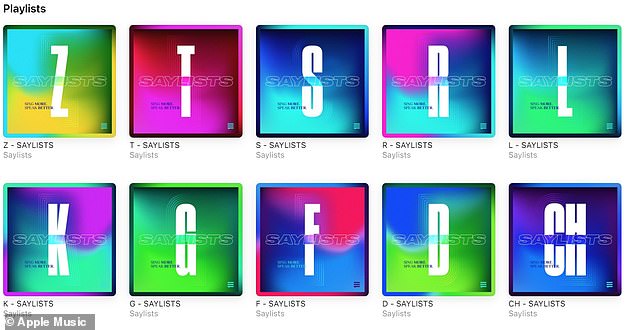 Saylists are playlists, but they’ve been specially curated for people with speech sound disorders to sing along to

What is speech sound disorder?

Speech sound disorder (SSD) is a term used to cover a range of difficulties that some children have with pronouncing sounds in words.

Other terms being used to describe these difficulties include speech delay, speech impairment, articulation difficulty and verbal dyspraxia.

Speech sounds develop gradually over time, some sounds are developed earlier (like ‘M’ and ‘B’) and some develop later (like ‘CH’ and ‘TH’).

Children with SSD have patterns of errors in their speech and it may be difficult to understand what they are saying.

They might remove (or add) a sound in a word, or they might use a different sound in place of a sound they cannot say.

Some error patterns occur naturally in typically developing young children as they learn to use more complex speech sounds.

‘Saylists are a collection of playlists that each focus on a different sound,’ Apple says.

‘By choosing one and singing along, you can practise a sound you have trouble with in a way that’s fun and, most importantly, not boring.’

Saylists are exclusive to Apple Music and are available to all Apple Music subscribers globally from Thursday.

All songs on saylists are English-language, and although they’ve been specifically curated for youngsters, people of all ages can play them.

The ‘CH’ playlist, for example, includes ‘Changes’ by David Bowie and ‘Too Much Too Young’ by The Specials.

Other tracks include ‘Right Here, Right Now’ by Fatboy Slim for the ‘R’ Playlist, ‘I’m Gonna Be (500 Miles)’ by the Proclaimers for the ‘D’ playlist and ‘Dizzy Miss Lizzy’ by the Beatles for the ‘Z’ playlist.

Rothco, part of Accenture Interactive, developed an original algorithm that could analyse the lyrics of any song – looking for patterns of repetition typically used to train specific speech sounds. 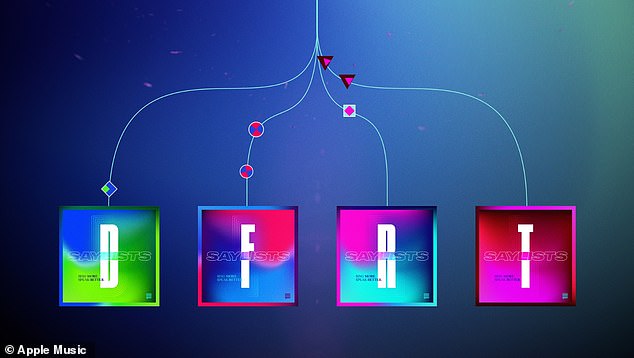 Using the algorithm, Apple Music conducted the data analysis of song lyrics, across the 70 million tracks in its catalogue to isolate songs with significant patterns of repetition.

Finally, songs were chosen by Warner Music and speech and language therapist Anna Biavati-Smith to create the 10 ‘saylists’.

‘Every speech and language therapist wants to keep children engaged during the therapy sessions as well as help them generalise the target sounds, both in school and at home,’ said Biavati-Smith.

‘Saylists provide a fun, new way to practise the sounds I teach them – without feeling pressured or getting bored. Having fun is the first step to learning.’

Several members of the Rothco team who worked on saylists grew up with SSDs themselves, according to the firm. 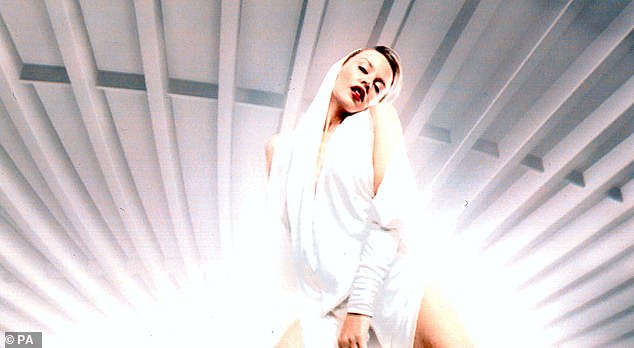 ‘We recognised that there is one place where many people enjoy the rhythmic repetition of words and sounds – in music.

‘Our goal was to help redefine the long and often painstaking journey that young people with atypical speech can experience.

‘It was crucial that we could analyse as many songs as possible to present children with something engaging.

‘Pairing this with Warner’s curation meant we could be certain the songs in the saylists will appeal to many different young people.’

Apple Music is currently priced at £9.99 a month for an individual account, although new subscribers get the first three months for free.

Rival Spotify only offers one month free for individual accounts before charging £9.99 a month.

In the field of speech-language therapy, one of the most successful therapeutic strategies is the repetition of difficult syllables, words, and phrases.

Repetition can be tedious and draining for children, so saylists are designed to add a fun and engaging element to that experience.

There are 10 saylists, each of which have somewhere between 12 and 20 songs.

Below are examples of songs on each saylist. Some songs appear on more than one saylist.

Too Much Too Young – The Specials

I Dance My Dance –  Nile Rodgers and Chic

Can’t Get You Out of My Head – Kylie Minogue

Who’s Got a Match? – Biffy Clyro