Eddie Nketiah has admitted he is concerned and ‘frustrated’ by his lack of game time under Arsenal boss Mikel Arteta.

The striker has not started a Premier League game since December and has failed to even make the bench for the last eight matches. He has also been left out of the squad for the Europa League knockout games.

Nketiah will captain England U21 for their European Championship campaign, which begins with the first group game against Switzerland on Thursday, and says he is hoping to channel his frustration in a positive way. 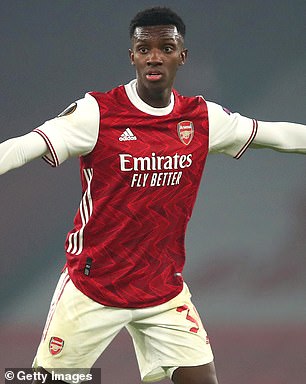 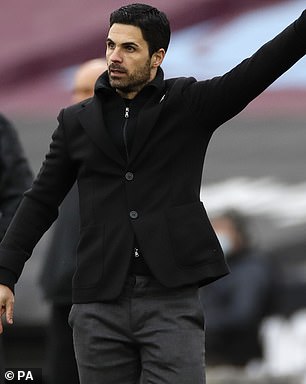 ‘It’s been a difficult month or so for myself,’ he said. ‘I have worked hard and stayed dedicated and that has added to the frustration.

‘It is a part of football but one that you don’t want to be involved in.

‘I believe in my ability so obviously I think I am capable of playing and helping the team.

‘It is frustrating not playing but you have to channel that frustration in a good way, use your time wisely to work hard and prepare for when that opportunity arises.’ 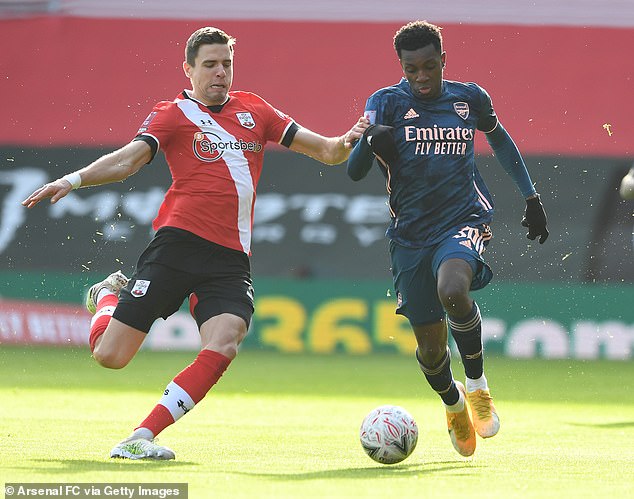 The forward, who has five goals in all competitions, has only started three Premier League matches but did start every group game in the Europa League as Arsenal finished top.

However, the 21-year-old has not made the bench for any of the knockout games against Benfica and Olympiacos. His last competitive appearance came in the Gunners’ 1-0 FA Cup defeat by Southampton in January.

Nketiah surpassed Alan Shearer to became England’s record scorer at U21 level in October and he will be a key player in the youngster’s Euro campaign.

Aidy Boothroyd’s side will play their three group games before the end of March and will look to qualify for the knockout stages which take place in Slovenia this summer. 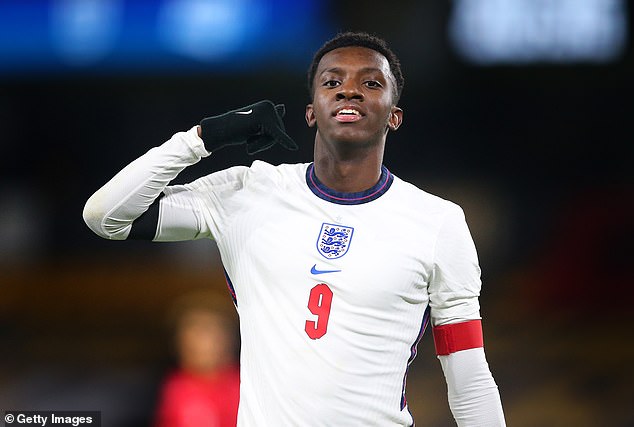 Nketiah hailed Boothroyd for the support he has offered and said he will continue to work hard to force his way back into the Gunners squad.

‘I’ve a big tournament ahead of me and I’m grateful for the opportunity to achieve something special. It’s a big honour to even represent your country in a major tournament, nevermind be captain.

‘Aidy has checked in on me. I’m really grateful to have that support. It shows what a great person he is, not just as a coach, but as a person.

‘When I’m not in the squad, I’m working hard, training like I always would. You get some more time to work on specifics. I’ve been trying to use my time wisely.’