Real Betis star Guido Rodriguez has played down reported interest from Arsenal by claiming that he is ‘very happy’ in Seville.

Mundo Deportivo claimed earlier this week that the defensive midfielder is a summer transfer target for Mikel Arteta, who has been ‘closely monitoring’ the Argentinian after impressing with Betis.

The Spanish news outlet suggested that Betis would be prepared to sell Rodriguez, who has a £68million release clause, for the right price due to the financial uncertainty of the ongoing pandemic. 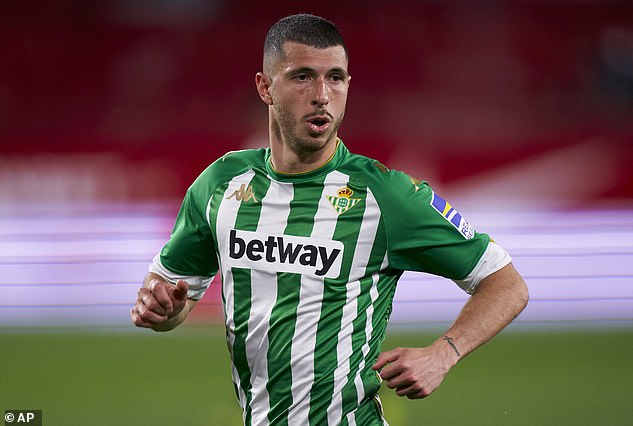 However, Rodriguez has now revealed that he intends on staying in the south of Spain and is very happy at the club.

When asked about the potential interest from the Gunners, the 26-year-old told Estadio Deportivo: ‘I saw it because friends from Argentina asked me, but I told them that I knew the same as them.

‘I am the protagonist because I am in the news but today, I do not know more or less than you who saw it.

‘I am very happy [at Betis], I arrived and there was one or two months with a strange situation for everyone with the issue of confinement but the truth is that I am very happy in Seville, with the city, the weather, at the club… I’m very happy. 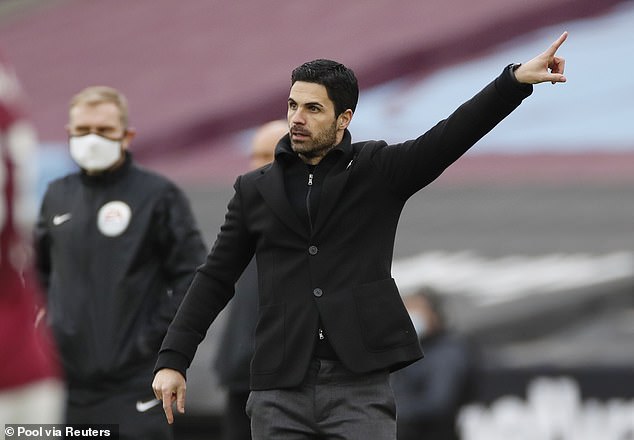 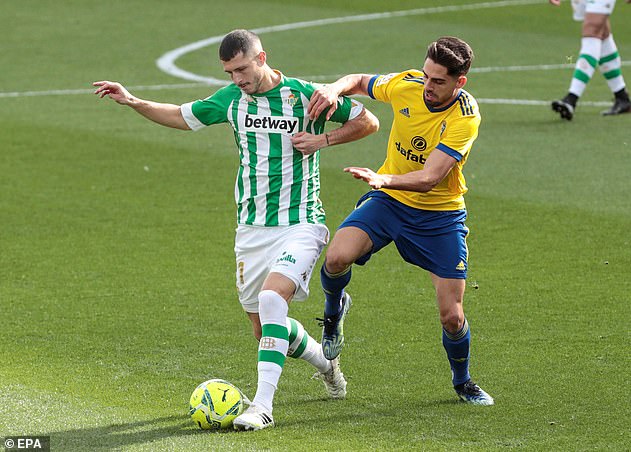 However, the Argentinian midfielder (left) insists he is ‘very happy’ in Seville

‘It feels a bit [pandemic] when we walk down the street, I would have liked to experience all this with the fans in the stadium. I could only play a few games with the packed stadium.’

Rodriguez joined Betis from Mexican outfit Club America in January 2020 for £2.7m after helping the club lift the title in 2019.

Having been named Mexican Player of the Year in his final season at Club America, Rodriguez went on to continue his fine form in Spain.

Playing in the defensive midfield role, Rodriguez has been a near ever-present figure in the Betis squad since his arrival two years ago.