Whoops! Married At First Sight’s Martha Kalifatidis suffers a wardrobe malfunction as she spills out of her top at Australian Fashion Week

Married At First Sight’s Martha Kalifatidis revealed a little more than she bargained for while attending day two of Afterpay Australian Fashion Week on Tuesday.

The 32-year-old model and influencer suffered a minor wardrobe malfunction before a runway show at Carriageworks in Redfern, Sydney.

Looking very busty in an edgy outfit, she almost spilled out of her shirt while posing for photos alongside her boyfriend, Michael Brunelli. 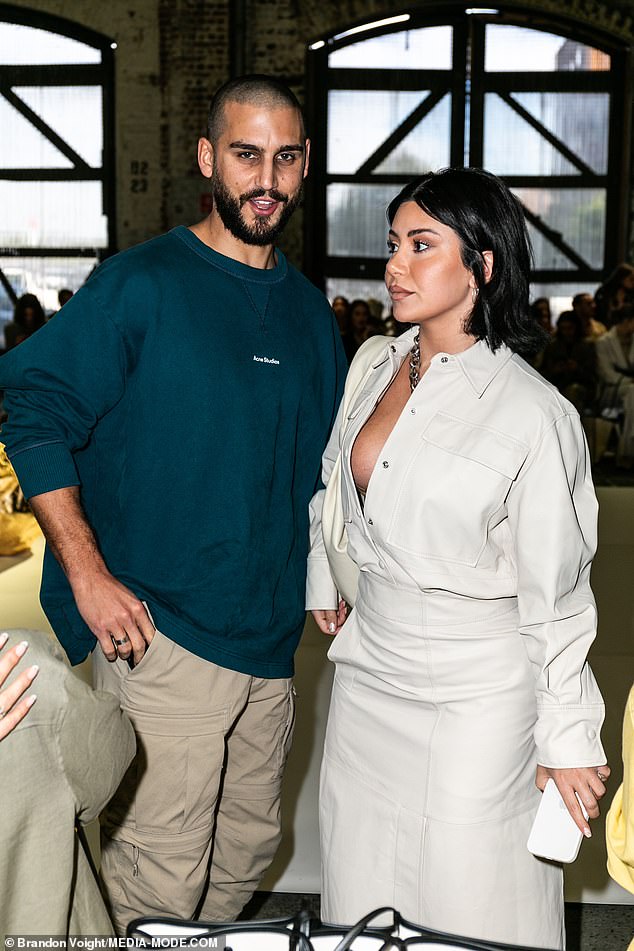 Oops! Married At First Sight stars Martha Kalifatidis, 32, spilled out of her top during a shock wardrobe malfunction at Afterpay Australian Fashion Week on Tuesday. Here alongside boyfriend, Michael Brunelli

The Celebrity Apprentice star didn’t seem bothered by her fashion mishap as she mingled with other A-list arrivals.

Despite her eye-popping display, Martha nevertheless looked chic in her oversized shirt and matching skirt co-ord. 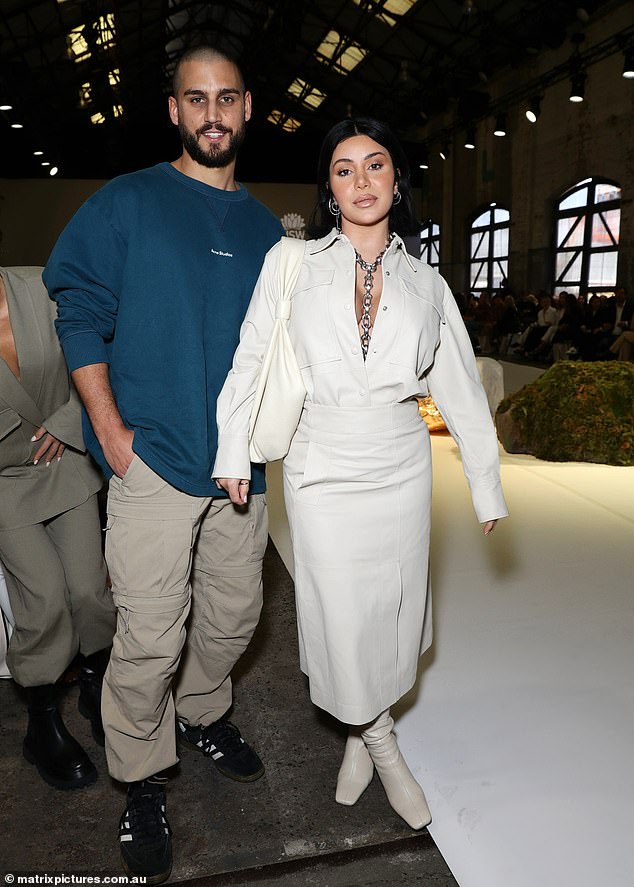 Style queen: Despite the embarrassing faux pas Martha opted for a chic look with her wearing a shirt and skirt co-ord. Michael opted for an oversized jumper and beige pants

She completed her outfit with nude boots.

Later, Martha and Michael were seen sitting in front row for the catwalk showcase. 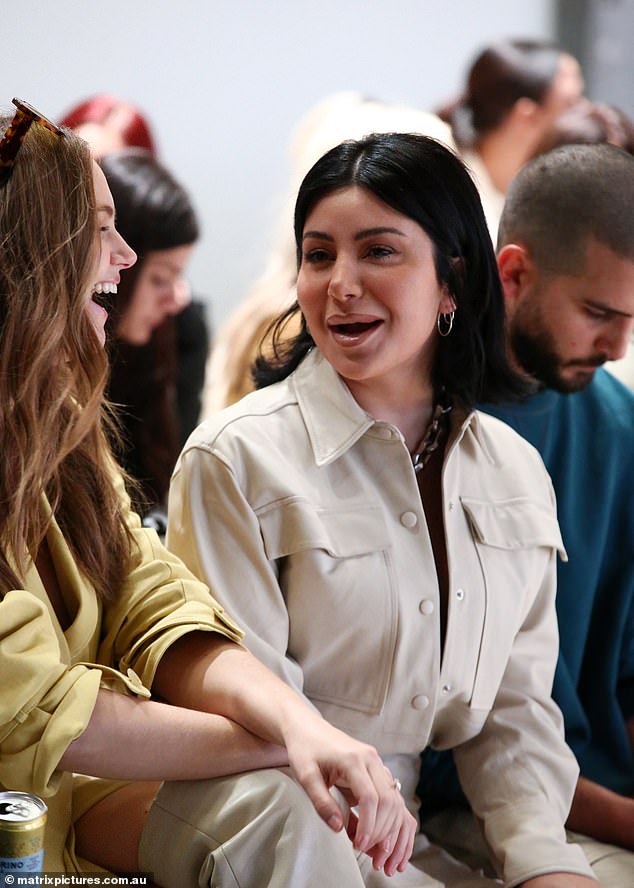 Chatty: Martha was in high spirts as she sat in the front row and chatted with pal Ksenija Lukich 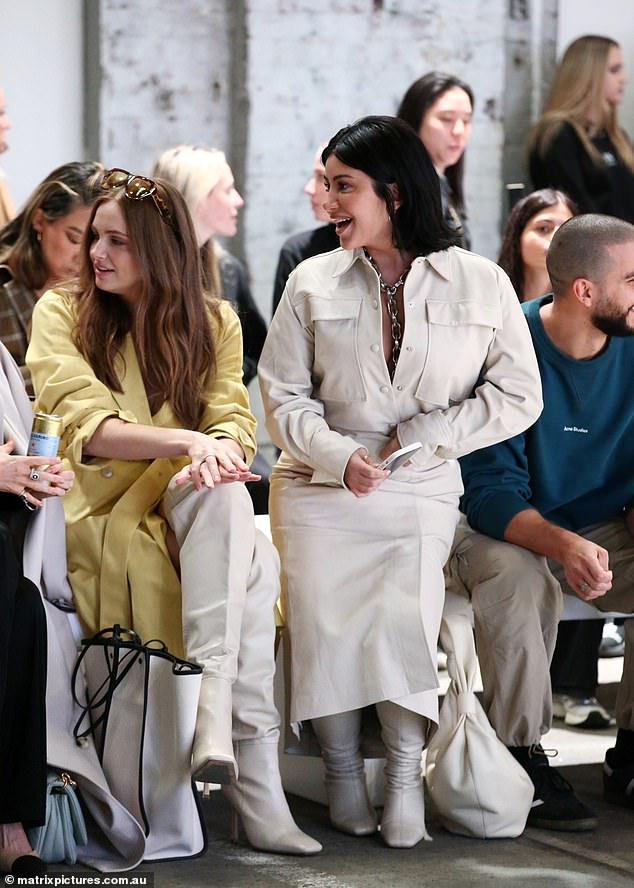 Stars: Martha appeared to notice a few pals while sitting at the fashion show at Carriageworks

The genetically blessed couple have been together for almost three years, after meeting on the sixth season of Married At First Sight.

Martha revealed on Sunday that she and Michael could be getting married for real sooner rather than later.

After a fan on Instagram asked when they plan to legally tie the knot (their MAFS wedding wasn’t legally binding), Martha replied: ‘Soon, I think!’ 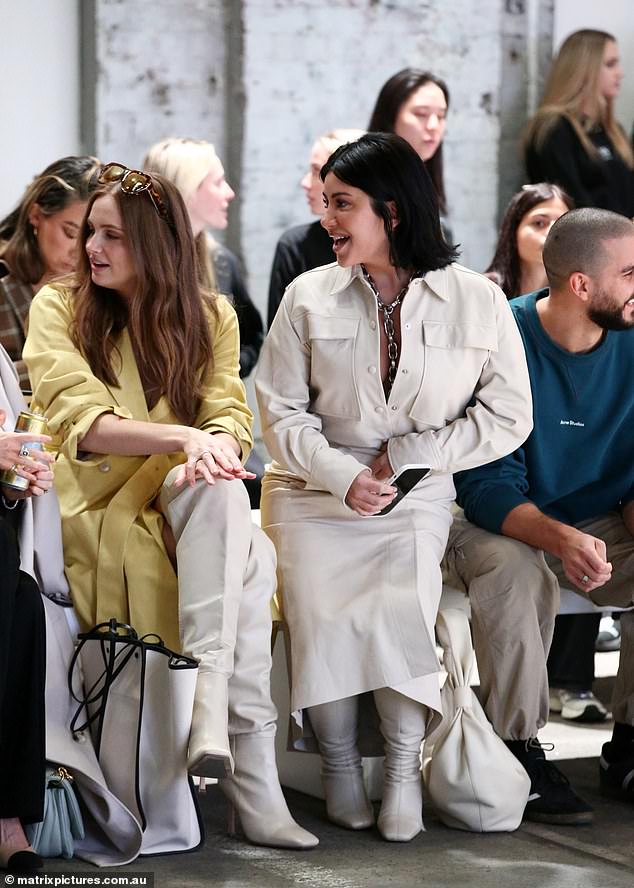 Apology: Martha apologised to Jules Robinson after calling her a ‘snake’ and ‘bully’ during the Kyle and Jackie O Show on Monday, while promoting an anti-bullying charity 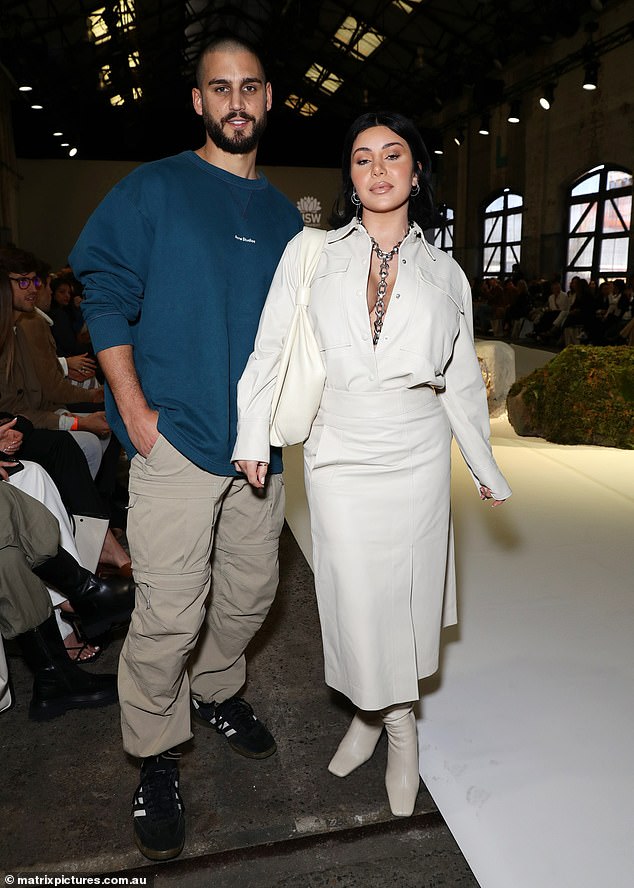 Starring role: Martha is currently experiencing another wave of fame as she stars on Celebrity Apprentice Australia. (L) Michael Brunelli