By Ella Hodson For Mailonline


Avril Lavigne looked in good spirits as she headed for dinner at Giorgio Baldi restaurant with her beau Mod Sun in Santa Monica on Wednesday evening.

The couple showcased their quirky sense of style on the outing before heading home in Mod’s pimped up Mercedes G-Wagon. 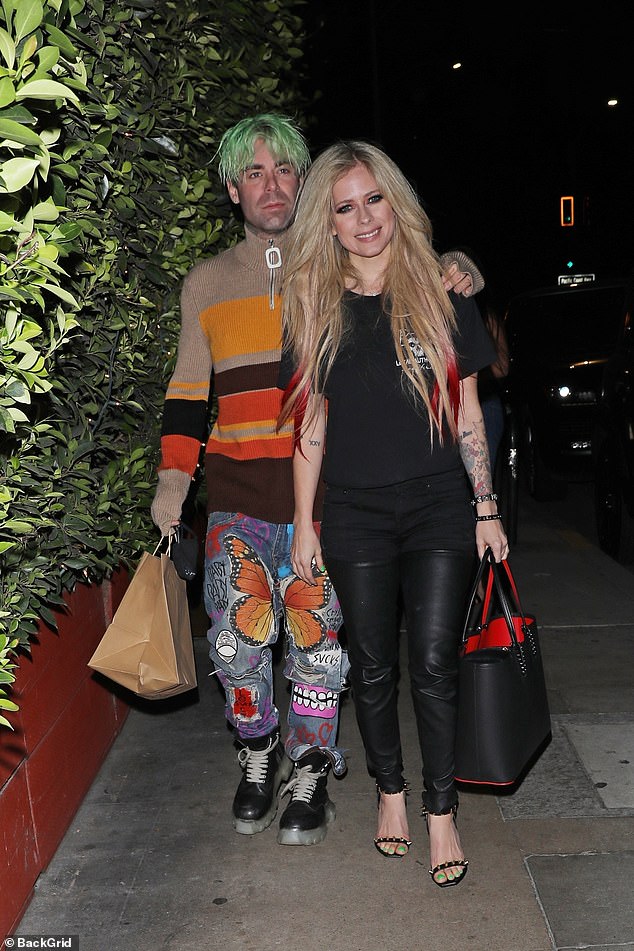 Happy: Avril Lavigne, 37 looked in good spirits as she stepped out with her beau Mod Sun, 34, in Santa Monica on Wednesday evening

Avril’s blonde locks were dyed dark pink at the ends and they flowed in breeze before the pair stepped into the vehicle.

The songstress wore a sweep of black eyeshadow across her lids and a slick of neutral lip colour.

Mod Sun wore black chunky boots while putting his arm around his partner, and held a brown paper bag in the other.

The pair then jumped into Mod Sun’s vehicle – which had printed safety pins all over it and had the words ‘no safety’ on the bonnet – to head home.

The price of the fancy Mercedes SUV’s starts at over $130,000, with the modifications adding an extra cost. 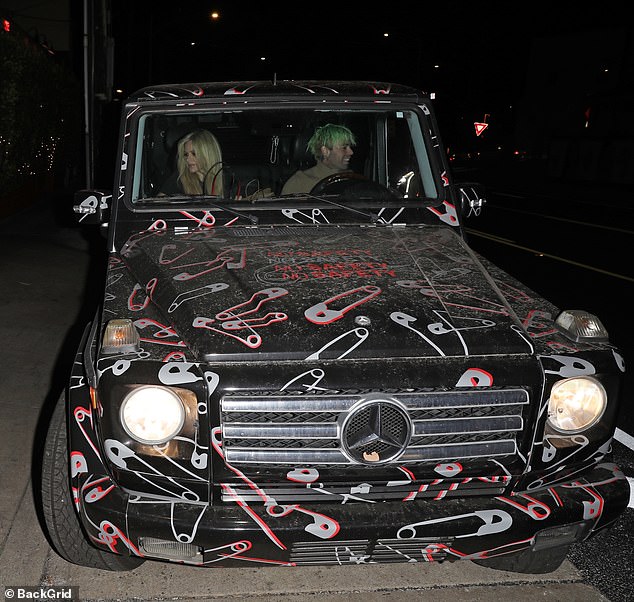 Cool pair: The couple showcased their quirky sense of style before they stepped into a Mercedes G-Wagon which had safety pins printed on it and the words ‘no safety’ on the bonnet

‘Working together has brought them closer and Avril has a history of falling for people that she works with,’ an insider dished.

‘She falls in love with them for their musical creativity and expression. Her working relationships often turn romantic.’ 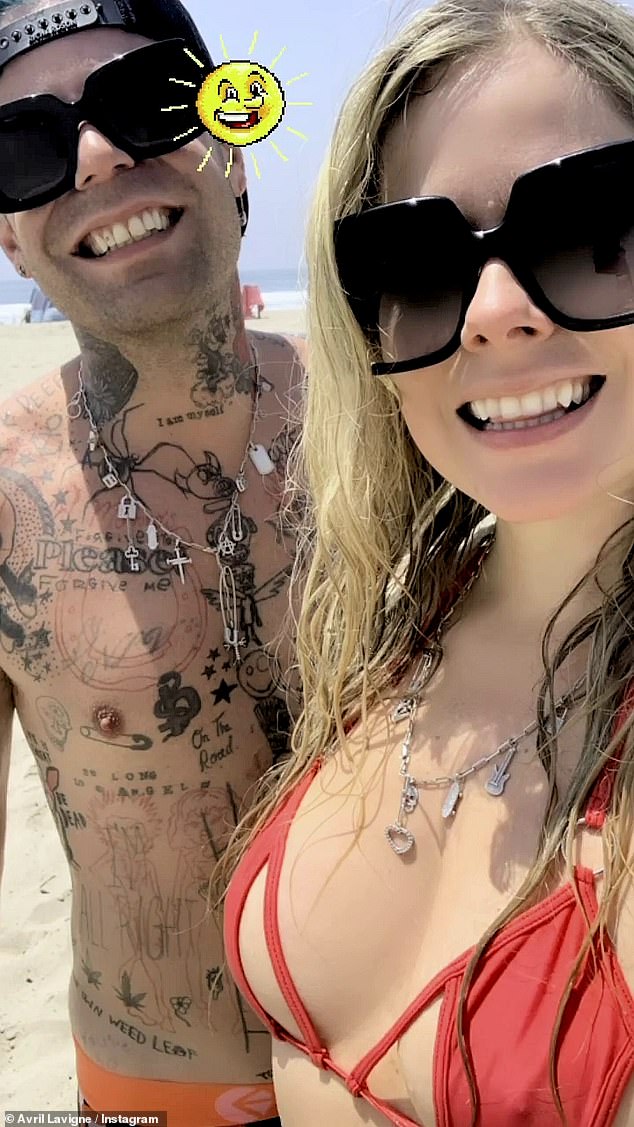 Happy: Their relationship went public in Entertainment Tonight in early February just weeks after the pair released the duet Flames

The source continued: ‘Avril and Mod Sun have been spending a ton of time together and getting to know each other better.’

He also had a monogamous relationship with Bella and has claimed that during the time they were together they got married and divorced.

However when Bella posted a video of their ceremony she wrote in the caption: ‘No, mod and I never really got married, this was one of his bday presents he wanted 🙂 so my friends and I threw together a beautiful night of laughter.’

Meanwhile Avril previously spent a year involved with billionaire Fayez Sarofim’s son Phillip, whom she split from in late 2019.

Her first husband was Sum 41 frontman Deryck Whibley, whom she was married to from 2006 to 2010 and remained friendly with after the divorce.

She and Chad Kroeger of Nickelback became a couple after working on one of her albums and were married from 2013 to 2018. 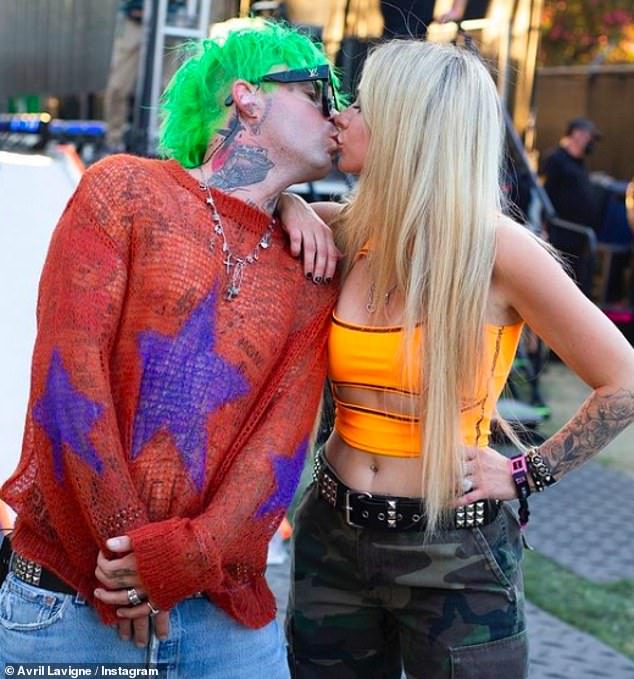 In love: ‘Working together has brought them closer and Avril has a history of falling for people that she works with,’ an insider dished