Fernando Alonso’s return to Formula One was cut short after a discarded sandwich bag caused his car to overheat during Sunday’s Bahrain Grand Prix.

The Spaniard’s Alpine car had to be retired on lap 32 of 56 after the team noticed his brake temperatures had suddenly climbed.

And it later emerged why the 39-year-old double world champion, returning to the track with the Renault-backed team after two years away, was forced off. 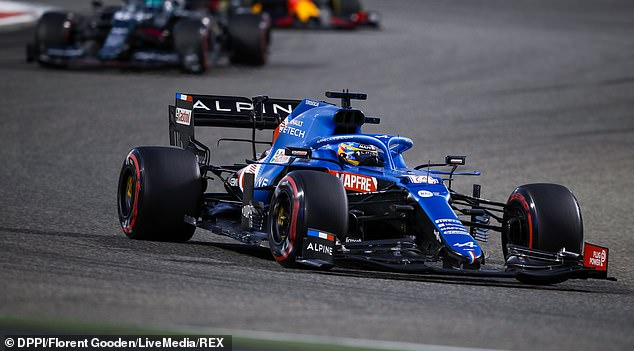 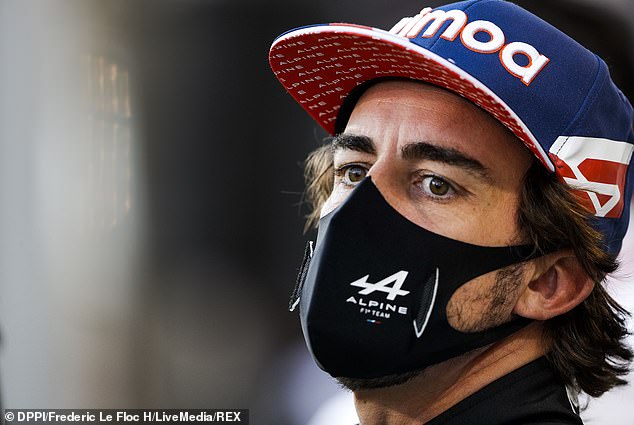 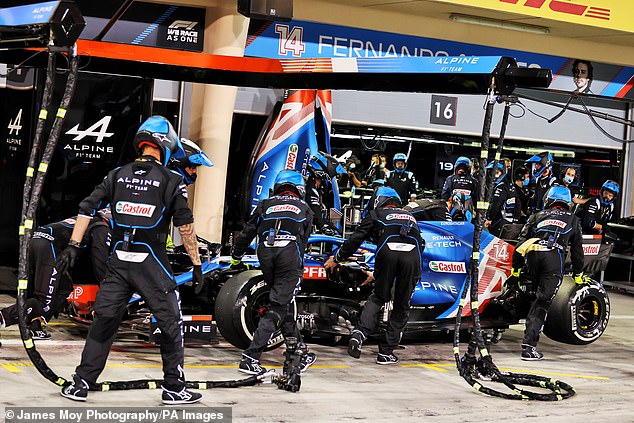 ‘After the first [pit] stop we had a small issue that forced us to reduce the performance of the car,’ explained Alpine’s executive director Marcin Budkowski.

‘Then, after the second stop, a sandwich wrap paper got stuck inside the rear brake duct of Fernando’s car, which led to high temperatures and caused some damage to the brake system, so we retired him for safety reasons.

‘It was an unlucky first race for Fernando considering how strong he looked.’

The 2005 and 2006 world champion with Renault ran as high as seventh during the early stages of the race at Sakhir before the problems ruined his night.

‘It was a shame that we could not see the chequered flag today, because I really enjoyed the whole thing,’ the 39-year-old said. 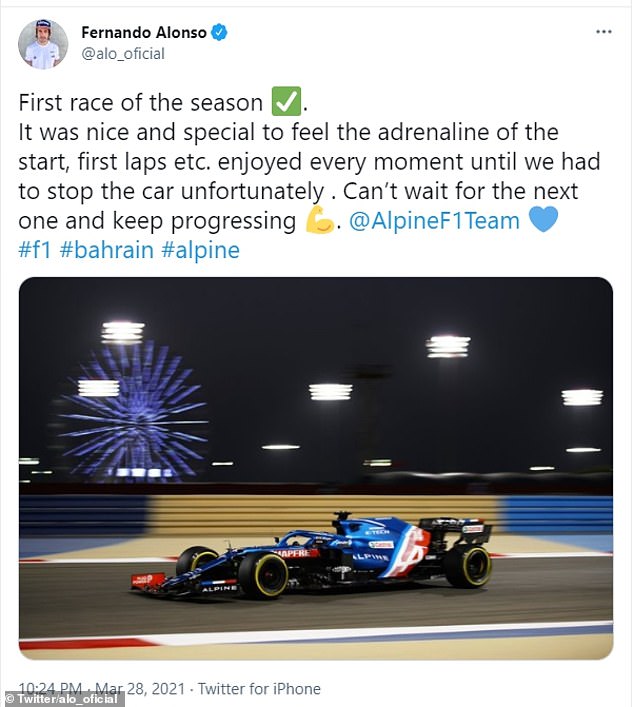 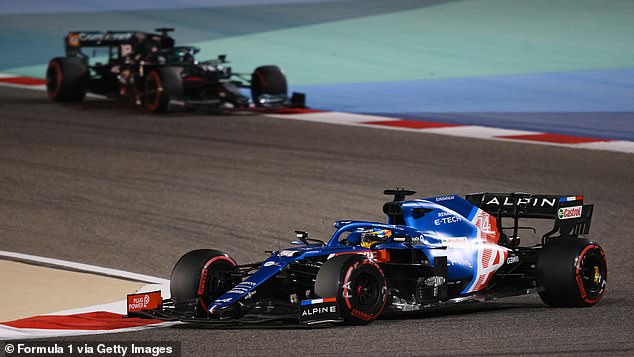 ‘It was nice to be back at the racing, it was nice to feel again the adrenaline on the starting grid, the national anthem. All these procedures felt very emotional today for me.

‘The race itself was fun at the beginning with the start, a couple of good battles on track in the first stint. And then unfortunately we had to retire the car with a brake issue – apparently there is some debris on the rear brake duct.

‘Nothing we can do now more than thinking now into Imola, and hopefully get some some points there.’ 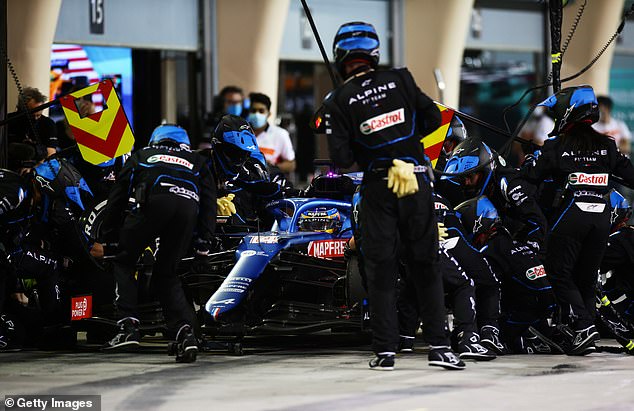 Reigning champion Lewis Hamilton won the season-opener but his Mercedes finished only a fraction ahead of Max Verstappen’s Red Bull as hopes of a tighter championship race grew.

Verstappen had taken the lead from Hamilton with four laps to go but handed back the position because he had overtaken by running off the track and was ordered to do so by race control.

The next race is the Emilia Romagna Grand Prix at Imola on April 18.