By David Wood for MailOnline

Niklas Sule and Leon Goretzka are set to miss Bayern Munich’s second leg against Paris Saint-Germain in the Champions League next week.

The influential pair suffered muscle injuries in Wednesday’s 3-2 defeat to the French champions in the first leg.

According to Bild, centre back Sule is set to be out for up to three weeks due to a torn fiber in his thigh. 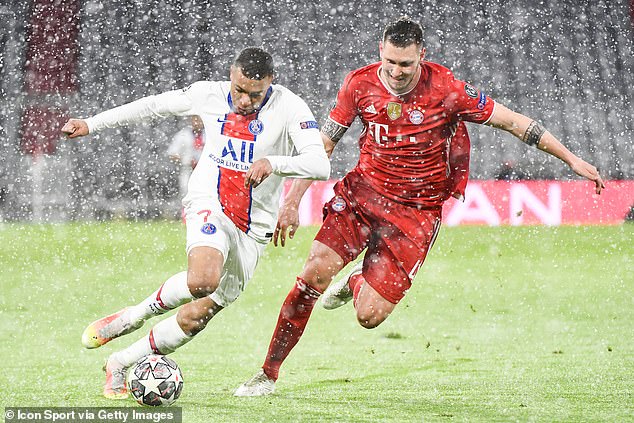 Midfielder Goretzka faces a similar spell out with a thigh strain.

Sule and Goretzka were substituted during the first-half against PSG. 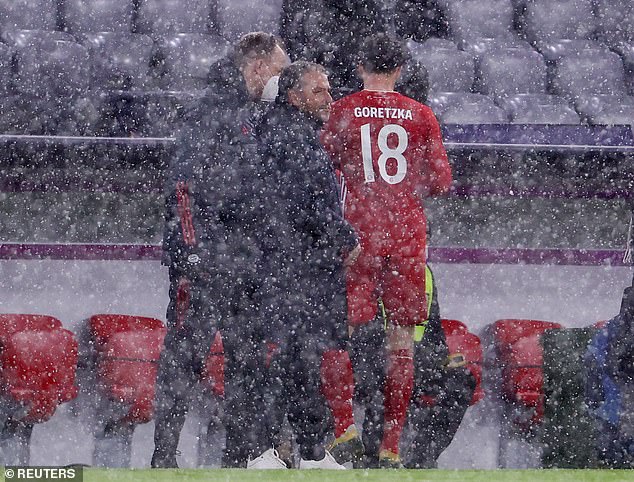 Bayern manager Hansi Flick said after the game that ‘both of them are muscular injuries.

‘We assume that they will not be able to be there at the weekend. The tests will show how long they will be out.’ he said.