‘Raising taxes will NOT slow the economy’: Biden doubles down on his $2trillion infrastructure plan that Republicans have vowed to fight ‘every step of the way’ and has been slammed by big business

On the heels of Friday’s 900,000-plus jobs report, President Joe Biden pressed that his $2 trillion infrastructure plan, paid for by tax hikes, would not slow down economic growth.

Biden laughed when a reporter asked about Senate Minority Leader Mitch McConnell’s pledge to fight the ‘fight them every step of the way.’ 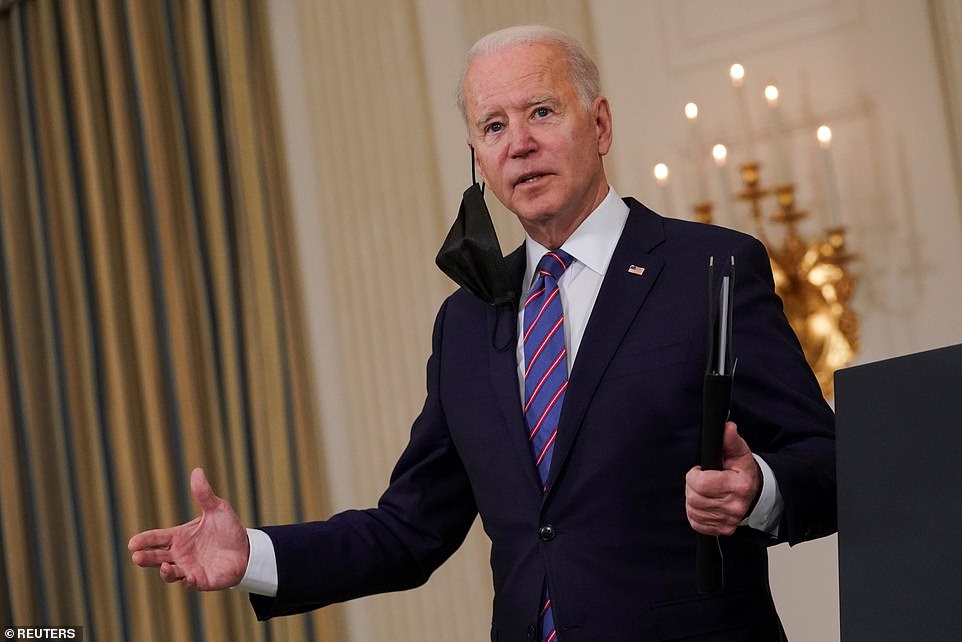 ‘Raising taxes will not slow the economy at all,’ Biden told reporters after delivering remarks Friday on the 900,000+ American jobs that were added in March 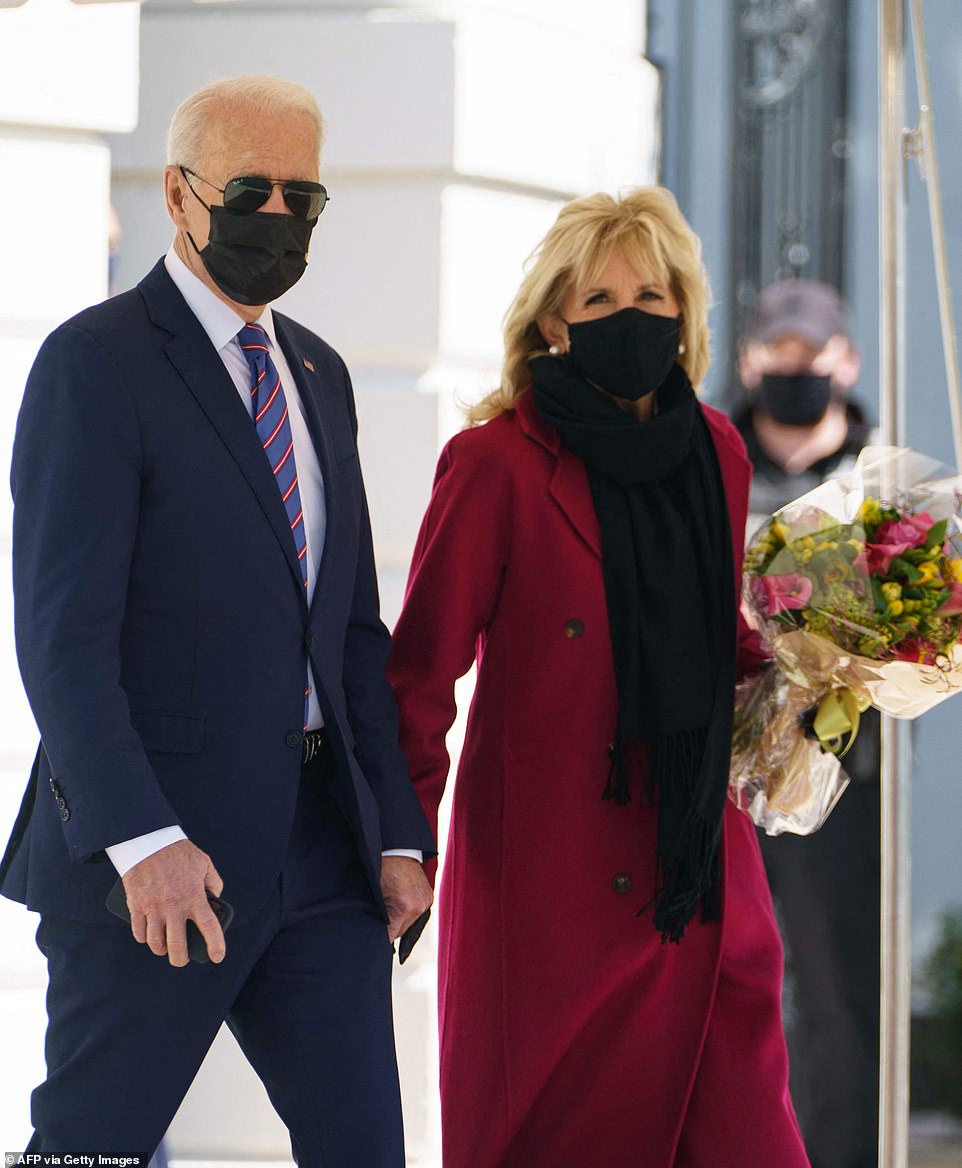 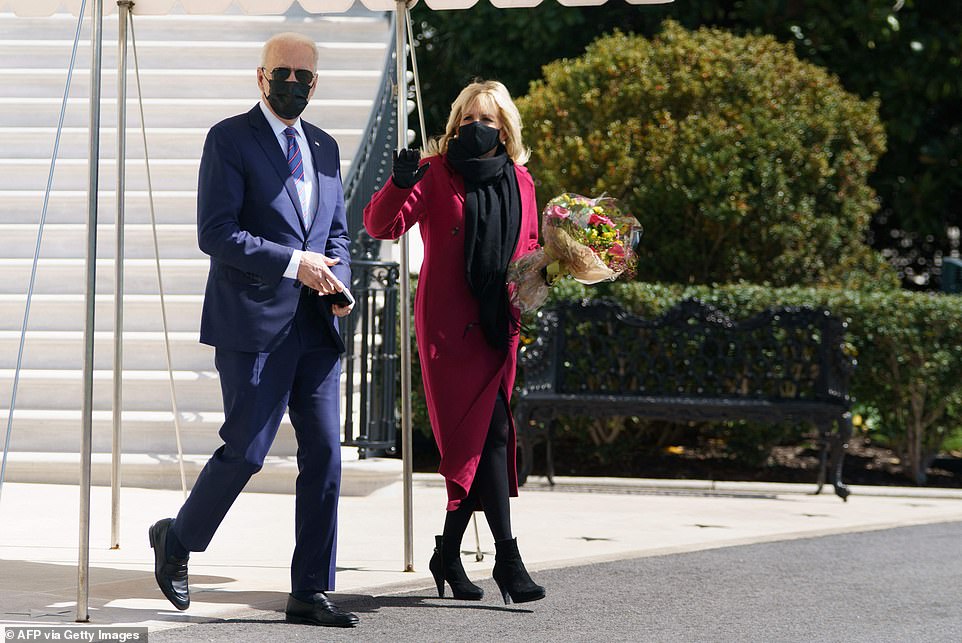 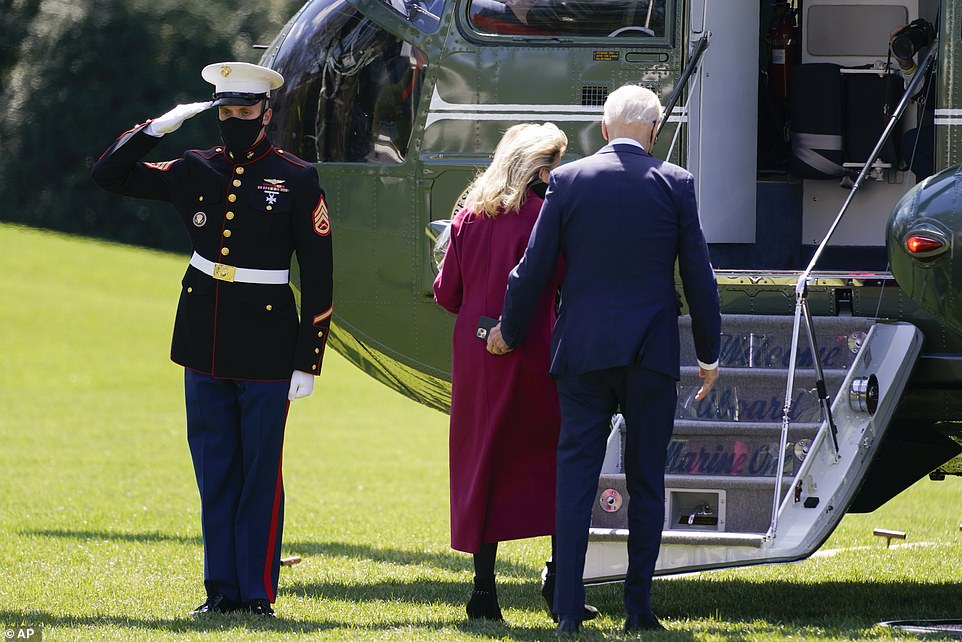 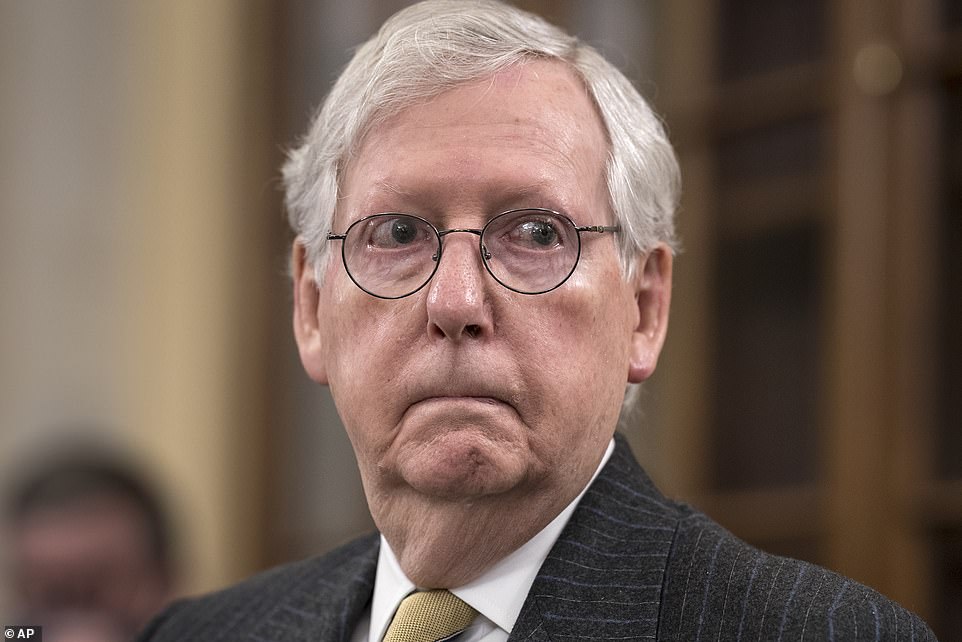 Senate Minority Leader Mitch McConnell vowed Thursday to ‘fight them every step of the way,’ as he talked about the Biden administration and the president’s proposed $2 trillion infrastructure plan

‘I don’t think the American people gave them a mandate to drive our country all the way to the political left,’ McConnell said Thursday from Kentucky.

It will be paid for by hiking taxes on big corporations to a higher rate than what former President Donald Trump signed off on in his 2017 tax package.

Americans who make more than $400,000 annually could also see an increase.

On Friday after Biden made remarks about the jobs numbers, he briefly participated in Q&A with reporters.

He scoffed at the idea that Republicans are suddenly against infrastructure.

‘They say we shouldn’t be doing that?’ he asked.

‘What do you think would happen if they found out all the lead pipes were up on the Capitol, everytime they turned on the water fountain,’ Biden remarked.

Like with the $1.9 trillion COVID-19 relief package, Biden indicated he’s betting on support from Republican voters, not politicians.

‘I think the Republicans’ voters are going to have a lot to say about whether we get a lot of this done,’ he told reporters as he exited the room.

Dr. Biden held a bouquet of spring flowers as she exited the White House.