Bill Gates said the world will not return to normal, with no traces of the COVID-19 pandemic, until the end of 2022.

The billionaire philanthropist made the prediction on Thursday during an interview with Polish newspaper Gazeta Wyborcza and television broadcaster TVN24.

‘This is an incredible tragedy.

‘We can measure the economic cost but we probably can’t even measure the loss of learning, the suffering from the restrictions that we’ve had to put in place, to keep the deaths from being even higher.

‘The only good news here is that we can now see an end.

‘We can see vaccines, almost all of which have worked, to a large degree are finally getting out, so we can see the end is in sight. 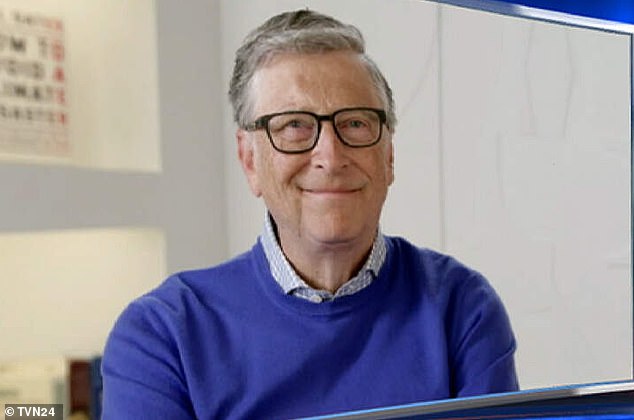 ‘[In the US], probably by the end of the year, the vaccinations will be high enough that the numbers won’t hit zero but they’ll start to come down, school will be back in session.

‘Until we get rid of it for the entire world, we’ll still have some restrictions on bans on public gatherings, but even that by the end of 2022, if we all work together, we should be completely back to normal,’ he said.

He was promoting his book,  How To Avoid A Climate Disaster.

He also said that had some ‘investments’ been made early on by the international community, the scale of the pandemic could have been avoided.

‘Well the most important thing is that people like myself who warned that we have this risk and for a small cost, a level of investment, we could avoid this problem. 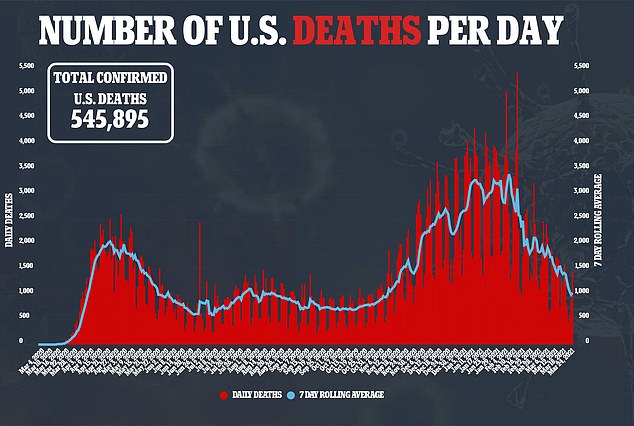 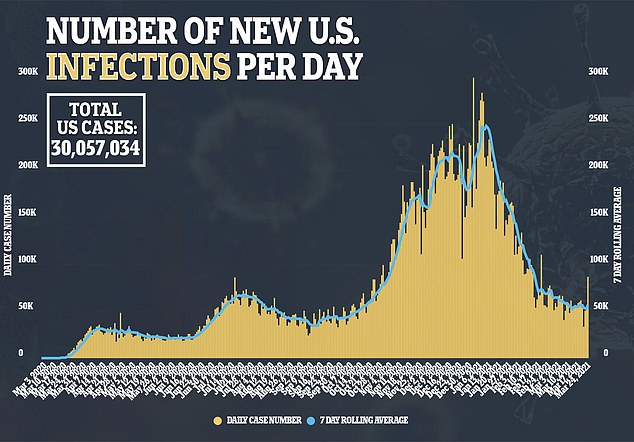 ‘Well the most important thing is that people like myself who warned that we had this risk and for a small cost, a level of investment, we could be ready and avoid this problem.

‘Those investments were not made. Among those are the idea of being able to very quickly diagnose people.

‘Fortunately a technology called PCR allows us to do a test, a very accurate test, and if in the early stage of a pandemic you test enough people, and then quarantine those who test positive, you can avoid this exponential growth that forces you to shut down so much activity.’

Gates added that while some countries successfully contained the virus, others failed;.

‘Sadly, most of Europe, South America and the US did not so we suffered an incredible problem.

The numbers got very, very large. And even the trade offs, how we handled it, were very difficult. 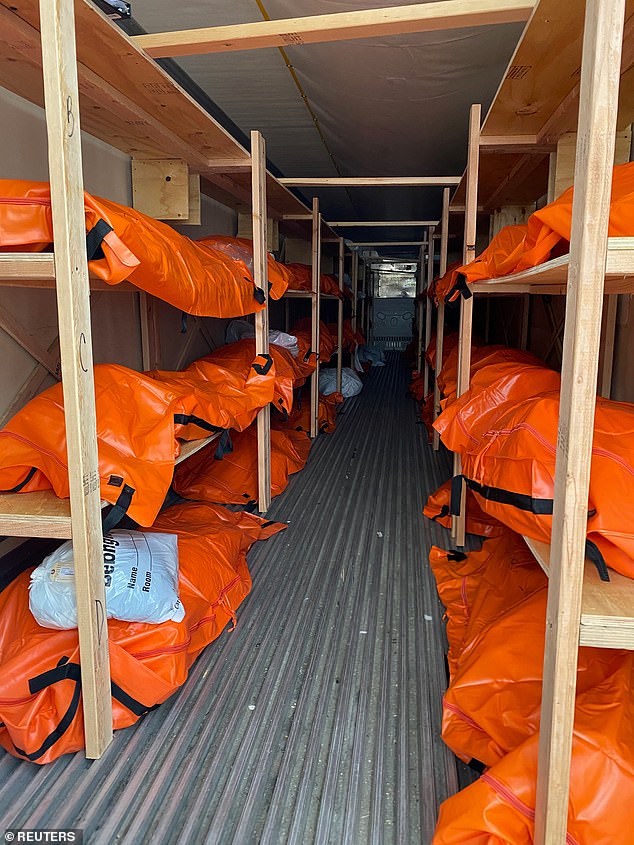 Bodies are seen inside a makeshift morgue outside Wyckoff Hospital amid an outbreak of coronavirus disease (COVID-19) in the Brooklyn borough of New York City, U.S., April 4, 2020

‘We should have invested in advance and it wouldn’t have been that costly. Even when the epidemic hit there was still a chance, if the leaders had practiced or if they went to the right scientists and said, “hey it’s about this testing and isolation”, countries could have done much better.

‘There’s a lot of lessons here,’ he said.

Now, he thinks the global health community will improve to the extent that the flu, malaria and polio are also stamped out.

‘I do think we’ll invest to avoid this happening again and a lot of those investments will give us new tools to improve health. Not just when there’s a pandemic but also to help get rid of a lot of diseases including the flu, malaria, polio and several others,’ he said.

Gates has given more than $1.8million to charity to help fight COVID-19 since the pandemic began.