Police have arrested a 20-year-old man after a 12-year-old boy was stabbed while playing on a bouncy castle at his sister’s birthday party.

The youngster was chased on the inflatable and punched and kicked before being knifed three times in his leg.

The shocking attack happened in the middle of the afternoon in Bootle, Merseyside, yesterday as children celebrated the birthday.

The boy was rushed to hospital and will need surgery, his family said, and is expected to remain on a ward for a few nights.

Merseyside Police said the horrific attack ‘was not random’ after they arrested the man, also from Bootle. 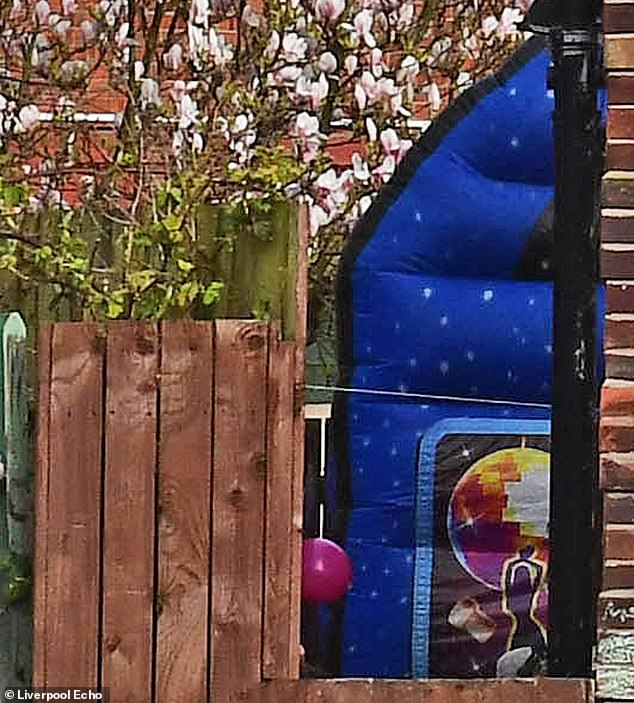 Detective Chief Inspector Gayle Rooney said: ‘Although it is pleasing to have made a quick arrest, our investigation continues and we’re gathering all information to piece together the circumstances.

‘If you saw anything or hold any CCTV, dashcam, or other material, get them to us as soon as possible.

‘We understand the concern that such an incident has in the community. This was not a random attack and we believe that all involved were from the local area.

‘Nonetheless, for a young person to be assaulted is despicable, so it’s vitally important that anyone with details to assist comes forward, either directly or anonymously through Crimestoppers, and we will take action.’

The boy’s grandmother earlier told the ECHO: ‘It was terrible. They came straight in the back garden and went for him, punching and kicking him and then stabbed him three times.

‘There was a lot of blood so we just tried to keep pressure on the wound until the ambulance came.

‘There was around 14 children in the garden and we got them inside as quick as we could.’ 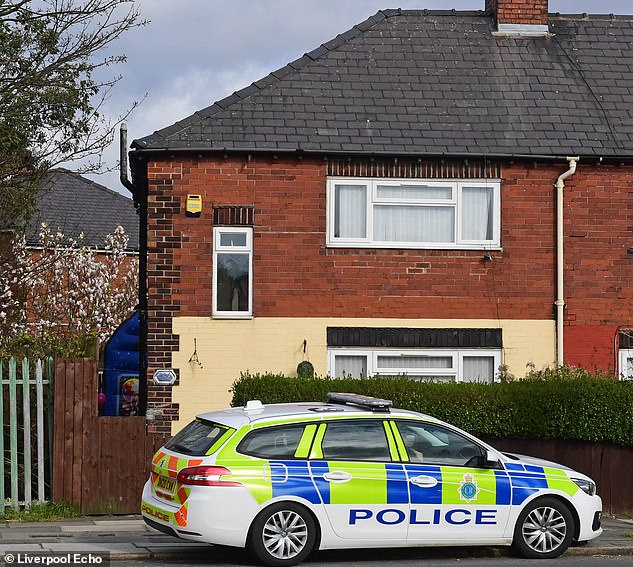 The shocking attack happened in the middle of the afternoon in Bootle, Merseyside, yesterday as children celebrated a birthday

The family said the boy and his friend had nipped to the corner shop and were returning to the party when an argument broke out with an older man.

Moments after the dispute, two men, said to be in their late teens or early 20s, came to the party, heading for the back garden where the shocking violence erupted.

Yesterday, birthday inscriptions on the front wall could be seen at the house and in the front yard, hours after a large police presence had left the scene.

The family said the friend of the 12-year-old, who was with him at the shop and witnessed the attack, was shaken afterwards.

One relative said: ‘He was white as a sheet afterwards when police were talking to him, and could hardly speak.’

He added: ‘This all happened in front of the boy’s mum, we can’t believe this has happened, at a girl’s eighth birthday party.’

They chased the frightened boy and cornered him on the bouncy castle, attacking him as he cowered on the floor and then plunging the blade repeatedly into his leg

Police said earlier today the boy’s condition is not believed to be life-threatening. A hunt is underway to find the attackers but it is believed no arrests have been made.

A spokesman for Merseyside Police said: ‘We can confirm an investigation is underway following reports of a stabbing in Bootle this afternoon, Wednesday, April 7.

‘At around 2.25pm, officers were called to an address in Southport Road following reports a 12-year-old boy had been assaulted.

‘Emergency services attended and the victim has been taken to hospital for treatment to a stab wound to his leg, which is not believed to be life-threatening at this stage.

‘It is believed the offender made off from the scene and enquiries are ongoing to locate him.

‘A scene is in place and officers remain in the area to speak to witnesses and carry out forensic and CCTV enquiries.’