The stars of the Six Nations return to Premiership action this weekend as the league enters the home straight.

With eight regular-season rounds to go, Bristol Bears lead Exeter Chiefs at the top of the table. Both look likely to take one of the four play-off spots, but the race is on elsewhere, though no team will be relegated.

With wild variations in form and many teams at a similar level, there is plenty to play for. Here, Sportsmail assesses the run-in… 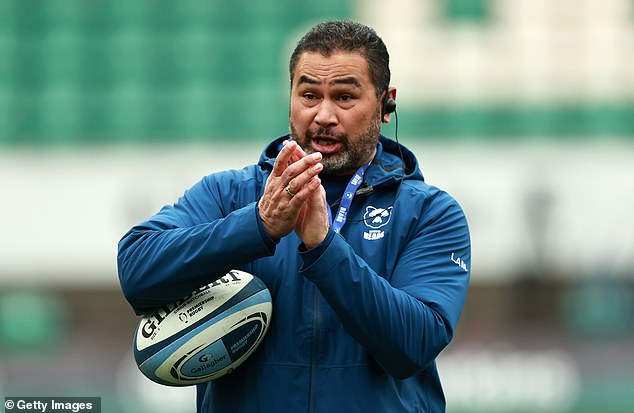 TOUGH AT THE TOP

It’s a position Bristol have never been in before — leading the way with a handful of games left.

Unbeaten in the league since February 5 and having lost just twice in 14 games, Pat Lam’s billionaire-backed Bears are hunting trophies. It has been a remarkable rise since promotion in 2018, but the Samoan head coach is not taking anything for granted.

‘It’s not about being top of the table now, it’s being there in June,’ said Lam. ‘Everyone has a different journey getting there. Our focus is on our journey and if you climb a mountain, the second half of the journey is the toughest.

‘If you stop walking, climbing and improving, people jump ahead of you. It’s a race to the top. We’re not at the top, we’re ahead in the race. It’s full-on at the moment.’ 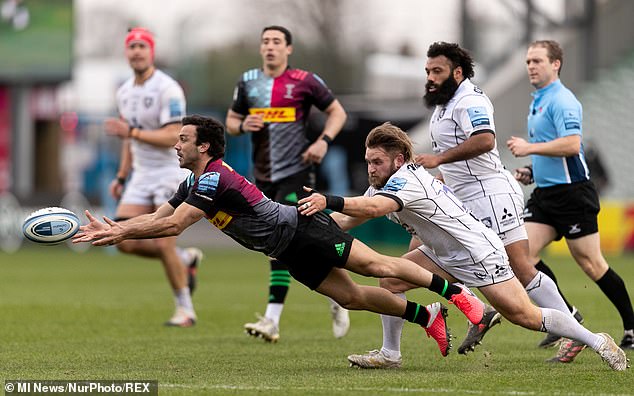 On Saturday, Bristol face Harlequins, who sit third having exploded into life since the sacking of Paul Gustard. Following his exit in mid-January, Quins have won six of eight league games and scored a staggering 33 tries.

‘Harlequins are flying,’ said Lam of Bristol’s opponents. ‘This is a real battle we’ve got. They scored nine tries against Gloucester. They’re really going well. It should be a cracking game, with two teams who like to express themselves and play good rugby.

‘Their senior players — Mike Brown, Danny Care, Joe Marler — are all on fire. They have a big influence and it’s great to see how they’re playing.

‘Marcus Smith and Alex Dombrandt are on form for them, too, so when you have those key guys going well there’s a lot of talent around them to follow that lead.’

Exeter will ensure it is tight at the top, especially with the likes of Henry Slade, Tomas Francis, Stuart Hogg, Jonny Hill and Sam Skinner returning from Test duty, and with No 8 Sam Simmonds scoring for fun.

Of the chasing pack, Alex Sanderson’s Sale are fourth, with a six-point buffer to Northampton before today’s games, but they are still to find consistency. 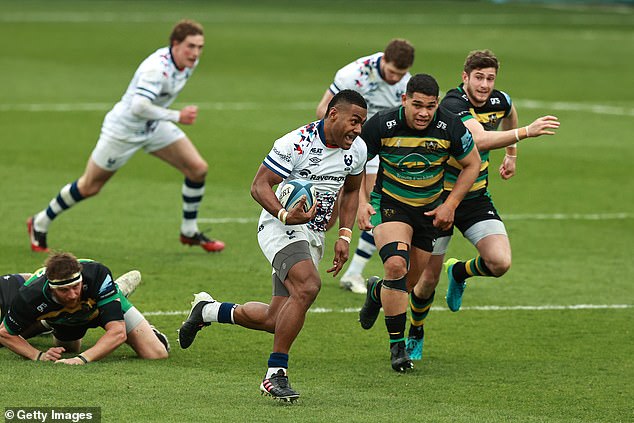 With six points separating fifth and 10th, the middle of the table is peppered with inconsistent teams.

Northampton, Leicester and Bath have lost as many as they have won, with the Saints picking up 10 of their 36 points due to Covid cancellations — the most of any side.

Bath still linger in midtable despite their star-studded squad — some of whom have been away recently when, to their credit, the club have performed better than usual.

But Bath boss Stuart Hooper has bigger aspirations for his side. ‘If I could choose, we wouldn’t be where we are in the table,’ he said. ‘If I reflect on where we’ve been over the last few weeks, I feel like we’re in a strong position.

‘We’re seventh but have some good games to come, our squad is back on deck now and pretty healthy, so we’re in a good position to go week-to-week. 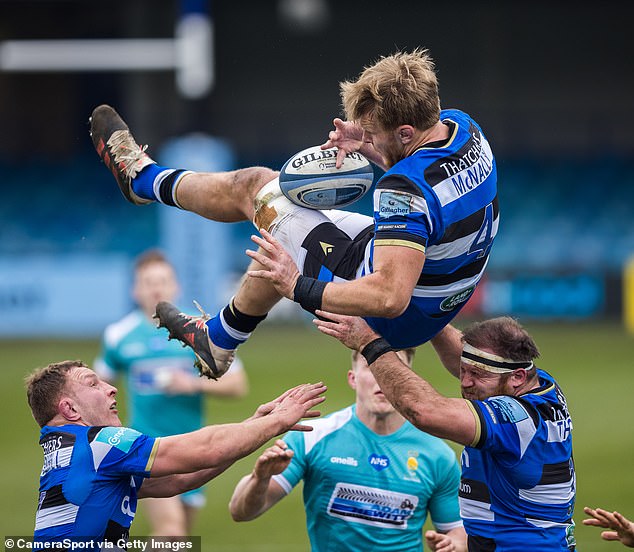 ‘I believe we can push on and make the top four.’

With the league deciding in February that no side would be relegated come June, the last few rounds have seen many high-scoring, open contests.

Curiously, though, the points-per-game tally has stayed around 46 throughout the year. So while there is no threat of falling into the Championship, Hooper thinks it is too simplistic to say the Premiership is turning into Super Rugby without relegation.

‘It’s an easy assumption to make. I can assure you that no-one goes into a game thinking, “Oh there’s no relegation, let’s throw the ball around”,’ he said.

‘I’m more inclined to look at interpretation of the laws. There are considerably less breakdown penalties than at the start of the season, and the grounds are pretty firm so the ball has been thrown around a bit more.

‘The standard has been very good. These guys are in this competition to win it. Part of their week is developing the squad, but when it comes to the weekend they want to win.’

And so to those who would be fearing for their lives if it was not for the relegation trapdoor being closed.

Gloucester and Worcester are adrift of the pack and floundering — the former unable to kick on under George Skivington, the latter behind them with eight of 18 points secured without playing, due to cancellations.

In this weird year it is those two breathing the biggest sighs of relief that, come the final straight, they are not a pair of lame horses. 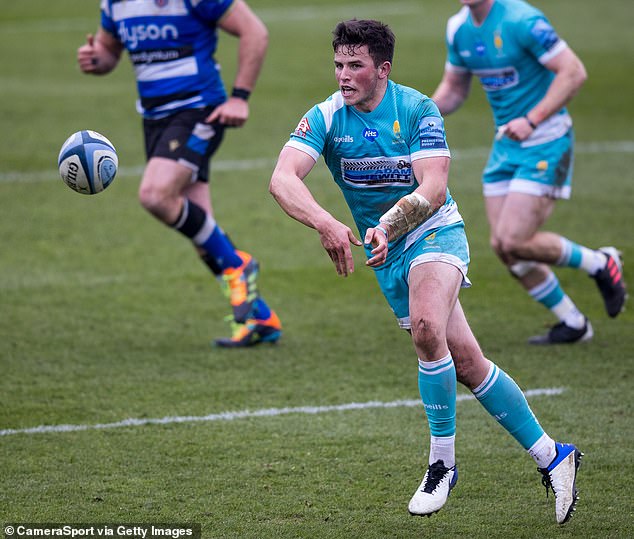