Britain’s Adam Yates claimed victory over the final climb of stage three of the Volta a Catalunya to take the lead in the general classification standings.

Heading into the last five kilometres, Ineos Grenadiers rider Yates was part of a three-man breakaway along with Jumbo-Visma’s Sepp Kuss and Alejandro Valverde of Movistar.

American Kuss and Yates then pulled clear, with the British rider attacking again for a solo run up the final climb. 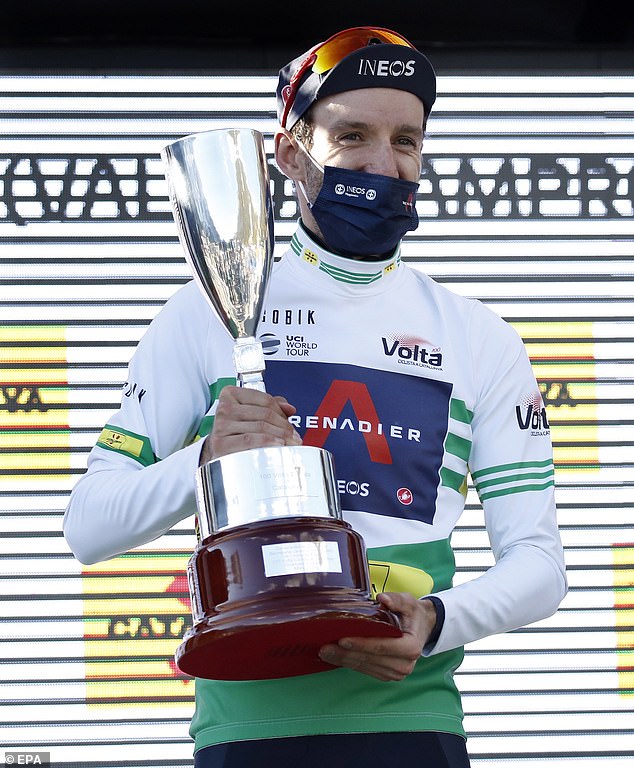 Yates finished 13 seconds ahead of Colombian Esteban Chaves (Team BikeExchange), who made a late surge to finish second, while Geraint Thomas was fourth behind Valverde.

It was Yates’ first victory since joining the Ineos Grenadiers, and his second at the same summit finish following on from the 2019 race when he went on to be runner-up.

‘It feels really good,’ he said.

‘We had to get the break under control, they gained a lot of time, we had to get the gap down before the bottom of the climb, but it’s a long climb, a really hard climb. 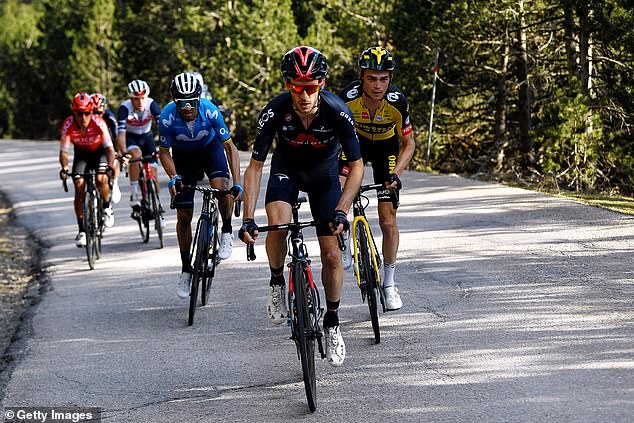 ‘We knew even if they had a couple of minutes at the bottom we could bring it back and everything was perfect in the end.

‘It’s my first victory for my new team and I’m really happy.’

In the general classification standings, Yates holds a 45-second advantage over team-mate Richie Porte heading into another mountain stage on Thursday, which finishes at Porte Aine.

Who will attend Philip's funeral? Royal dilemma over who to invite because of 30-person Covid rule

Who will attend Philip's funeral? Royal dilemma over who to invite because of 30-person Covid rule