Thomas Tuchel has hailed outgoing Manchester City striker Sergio Aguero as ‘world class’ but refused to be drawn on whether Chelsea would make a move for him in the summer.

Sportsmail reported on Thursday that Chelsea are leading the race for Aguero’s signature with the striker out of contract and departing City at the end of the season.

But quizzed about Chelsea’s interest on Friday, Tuchel was coy. 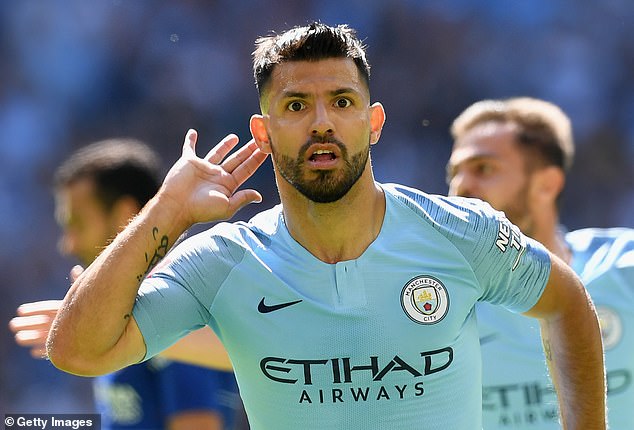 ‘You can ask but it’s the same answer as Haaland,’ Tuchel said. ‘We have full respect for Manchester City and Sergio Aguero, who is a big player for them. There is no words needed for me about the achievements of this guy, he is a world-class player.

‘But we have three competitions in which we are in with Manchester City so I will not speak about their player.’