Chelsea could make their third goalkeeping signing in as many years with the Blues boosted by the latest update surrounding target Gianluigi Donnarumma.

Reports in Italy claim the AC Milan No 1 has refused two contract extions offers – with talks over his future now on hold.

According to Gianlucadimarzio.com, the 22-year-old and his agent Mino Raiola have rejected two bids by the Italian giants and will now currently become a free agent this summer. 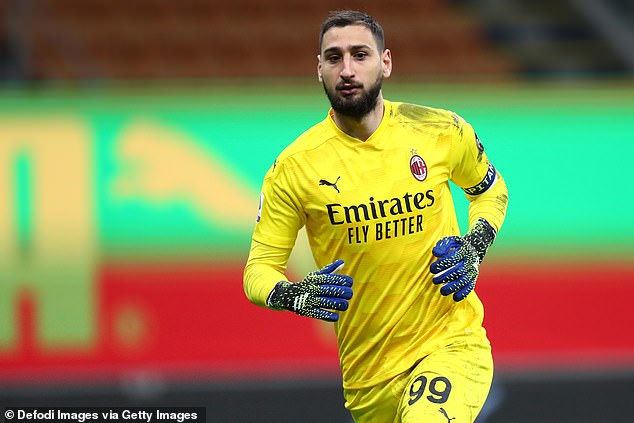 The publication adds that he was initially offered a salary of £5.1million-per-year with an additional £851,000-per-year in bonuses should AC qualify for the Champions.

After rejecting those terms, Milan came back with an improved offer of a £6m salary plus £851,000 in add-ons that was also rebuffed.

It is believed that Raiola wants his client to earn around £10.2m-per-year to remain at the San Siro.

Donnarumma has been plenty of suitors should he leave AC Milan with Juventus, Manchester United and Real Madrid all joining Chelsea in the pursuit for the Italy international.

In the past three years, Chelsea have shelled out a combined £94m on Kepa (£72m) and Edouard Mendy (£22m), but the acquisition of Donnarumma would likely sort their issues at No 1 for the next decade or so.

With Mendy only arriving last summer, out-of-sorts Kepa would once again be faced with the Stamford Bridge exit, with the Spaniard himself admitting that his performances haven’t been up to scratch.

However, Donnarumma’s arrival would likely confirm the world’s most expensive goalkeeper’s departure.