The ‘Little White Dragon’ will be equipped with an artificial intelligence that allows it to maneuver autonomously, navigate various terrains and recognize people and objects, and provide ‘intelligent emotional interaction,’ according to The South China Morning Post.

Like a real unicorn, this four-legged wonder doesn’t seem to exist—not yet, anyway.

The company’s robotics division hopes the creature will become the first smart vehicle for children and launch ‘a robotic ecosystem’ based on the company’s smart-car business, according to SCMP.

Future products could take over household chores and interact with human users ‘at an emotional level,’ the paper reported. 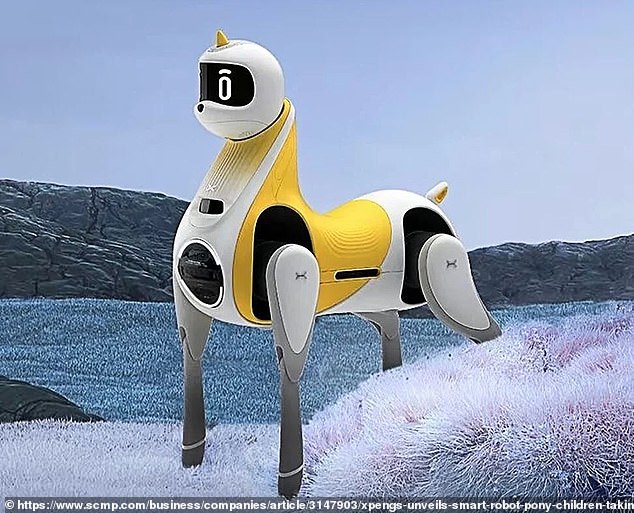 ‘Little White Dragon’ will be equipped with an AI that allows it to maneuver autonomously, navigate various terrains, recognize people and objects, and provide ‘intelligent emotional interaction.’

‘Banking on our capabilities in autonomous driving, voice recognition, and smart manufacturing, Xpeng will move into the robotics field by making the most of the technologies we grasp,’ Xpeng chair He Xiaopeng, a former Alibaba executive, wrote on the Chinese microblogging site Weibo.

‘Our first goal is to churn out a low-speed rideable robotic pony for transport purpose.’

The Guangzhou-based firm didn’t release any information about cost of the Little White Dragon or when the robot pony would be manufactured or mass-produced.

Xpeng did not immediately respond to a request for comment from DailyMail.com 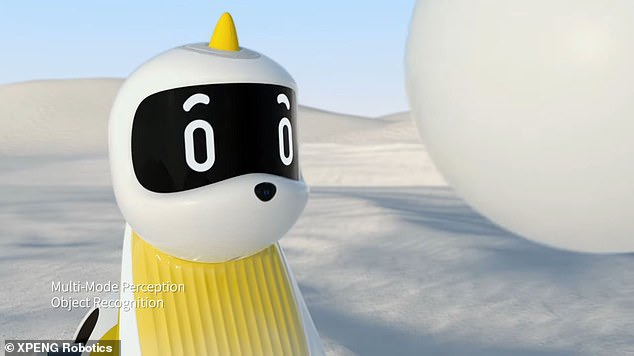 Xpeng is marketing the robot unicorn as the first smart vehicle for children, and hopes it will launch ‘a robotic ecosystem’ based on the company’s smart-car business 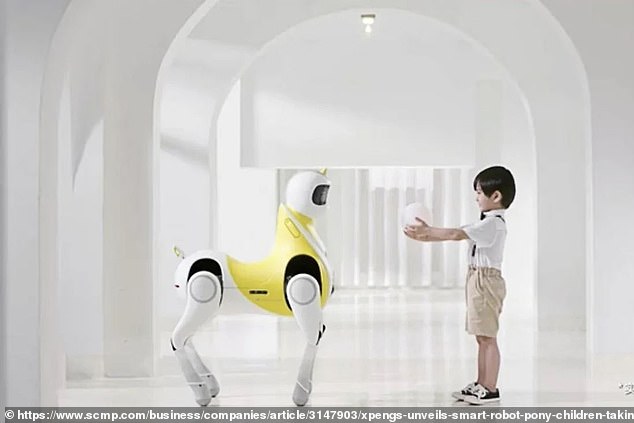 He previously told the Post he grew up watching Transformers cartoons and was inspired by the idea of ‘melding technology with mobility.’

Xpeng’s robotics division launched in late 2020 with registered capital estimated at   $1.55 million, according to the paper.

While He is determined to break into the household robotics market, electric cars are still Xpeng’s bread and butter.

Xpeng Motors has raised a total of $4.6 billion in funding, according to Crunchbase, and this year, began exporting its flagship P7 sedan internationally. 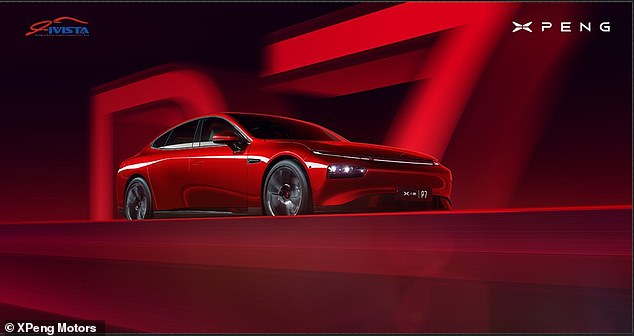 Xpeng’s main business is cars: It began exporting its flagship P7 sedan (pictured) this year.  As of January, the company had raised a total of $4.6 billion in funding

Boston Dynamics’ Spot has become the standard-bearer for AI animals, but with a $74,500 price tag, it’s more aimed at militaries, police, and search-and-rescue teams than toddlers.

Little White Dragon does have some competition in the robotic pet department, though.

In August, another Chinese tech firm, Xiaomi, debuted CyberDog, a robotic pooch that retails for just $1,540. 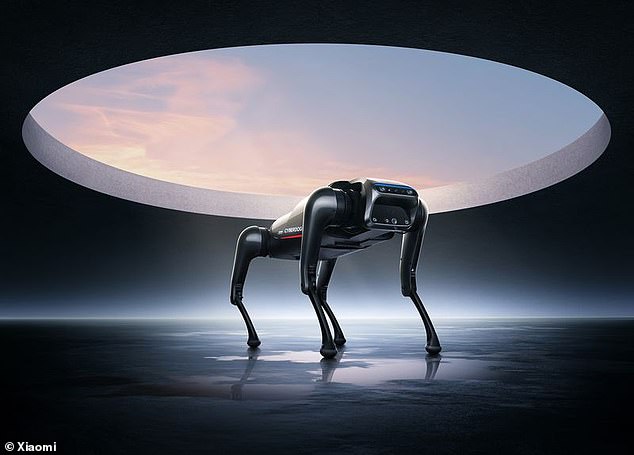 With both remote and voice control, CyberDog can follow its owner, navigate around obstacles and perform other tricks including begging and shaking a paw

CyberDog can beg, shake a paw, and perform backflips, as well as hit a top speed of over 7 mph.

In addition, it’s based on open-source code that allows developers to create their own upgrades.

Rebecca Lobie shows off her ample assets in a plunging blue...

Bec Judd shows off her incredible figure and abs of steel...

Jay-Z is all smiles as he takes in Brooklyn Nets game...

Rebecca Lobie shows off her ample assets in a plunging blue...

Bec Judd shows off her incredible figure and abs of steel...

Jay-Z is all smiles as he takes in Brooklyn Nets game...