He retired from the game six years ago, but AFL legend Chris Judd is fitter than ever.

The two-time Brownlow medallist, 38, showed off her ripped frame in a scorching new promo for Jaggad, the activewear label he own with his wife Bec, on Monday. 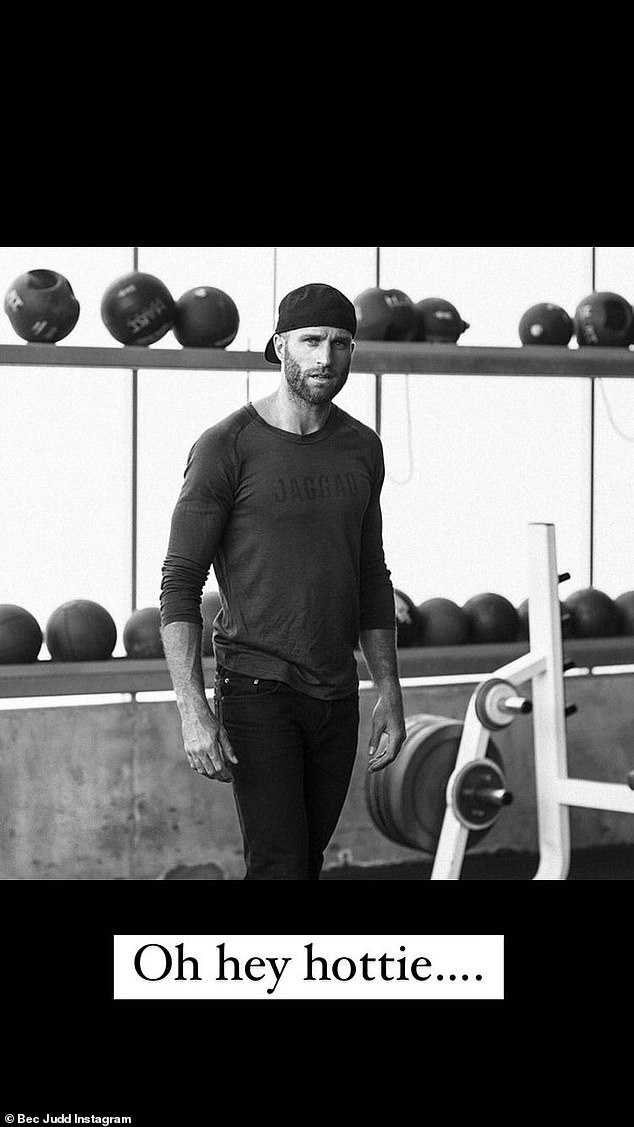 In the image, Chris shows off his muscular physique in fitted long-sleeve top teamed with black jeans while standing the gym.

Sporting a manicured beard, he gives the camera a smouldering stare.

Last week, Bec shared a cheeky birthday tribute to Chris for his ’36th’ birthday – despite the fact that he’s actually 38.

In an Instagram post, she refused to acknowledge the last two years due to the pandemic, joking that Chris was only 36 because of it.

‘Because we are not counting the last two years, happy 36th birthday for yesterday. ILY [I love you],’ she wrote. 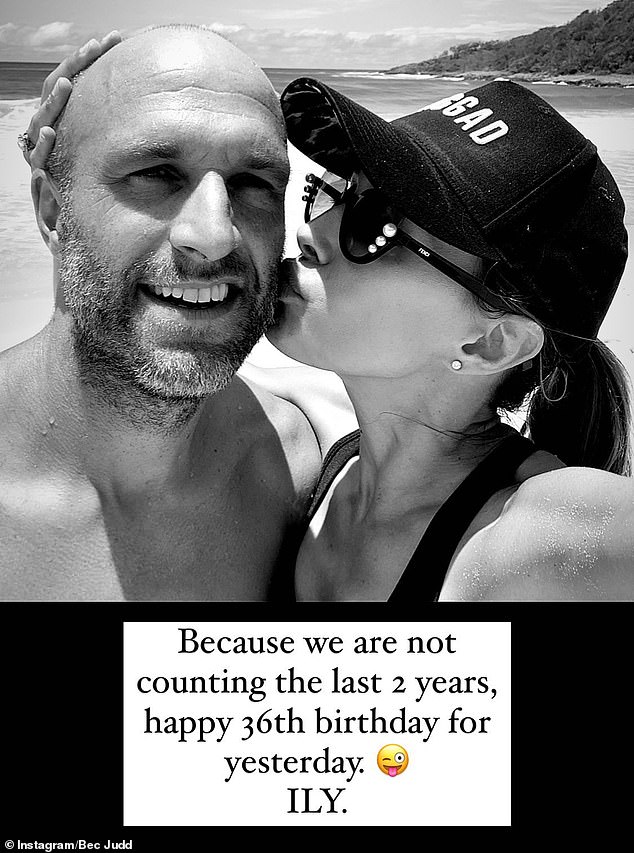 Oops! Bec Judd has shared a cheeky birthday tribute to husband Chris for his ’36th’ birthday – despite the fact that he’s actually 38

Bec accompanied the post with a cute black and white selfie of herself and Chris kissing on the beach.

Chris recently said that he and wife Bec became ‘public property’ after their appearance at the Brownlow Medal in 2004.

Last month, the 37-year-old said that while it was an ‘incredible honour’ to receive the sought-after accolade, the subsequent publicity was ‘a lot to get used to’ – especially after Bec stepped out in her now famous plunging red gown.

Speaking to the Herald Sun, he said: ‘Very strange at the time to be a third year player and still a baby in an AFL footballing sense, to be hit with that sort of an award. 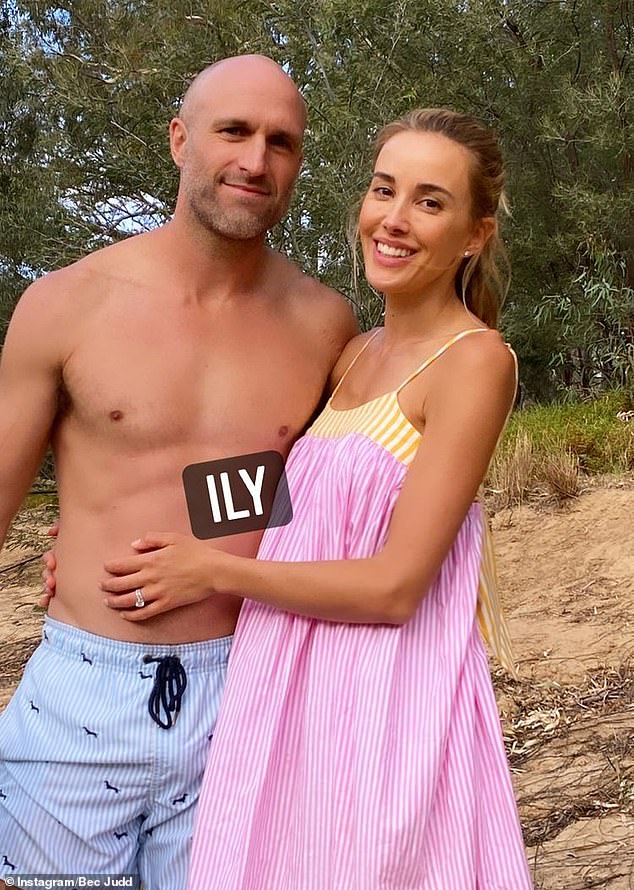 ‘It did feel like a before and after event – some wonderful opportunities opened up from it. Life was just very different.

‘Things around privacy, having a partner who was seemingly public property as well – there were a lot of things to get used to and my memories are of a really special night but an exclamation point between life before that and life after that as well.’

Chris has been married to Bec for 11 years, and the duo share four children together; son Oscar, 10, daughter Billie, seven, and twins Darcy and Tom, four. 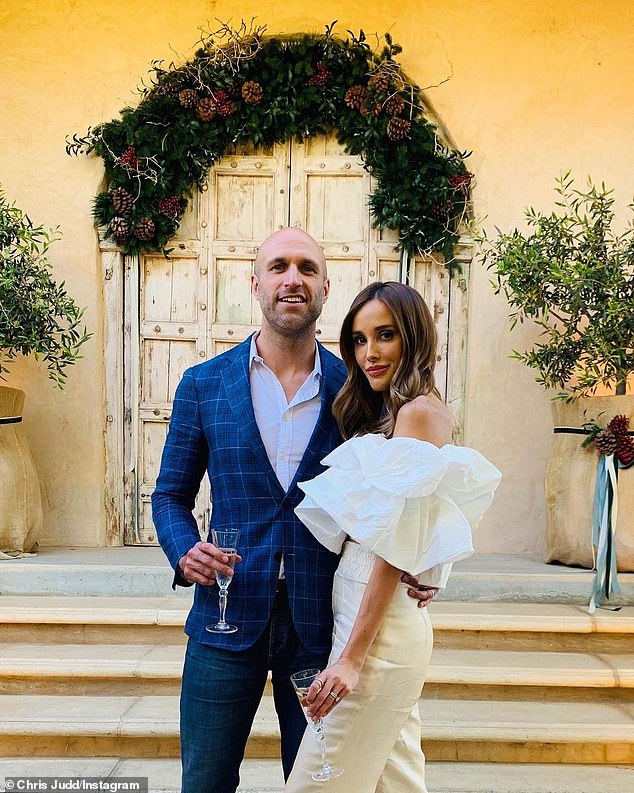 Family: Chris  has been married to Bec for 11 years, and the duo share four children together; son Oscar, 10, daughter Billie, seven, and twins Darcy and Tom, four

The sporting legend, who also won the 2010 Brownlow Medal, was inducted into the AFL Hall of Fame last month.

Meanwhile, Rebecca made history 17 years ago on the red carpet at the star-studded ceremony by slipping her slender frame into an iconic custom-made red gown with an extreme plunging neckline.

The outfit, which stunned viewers and fans alike, was designed by Ruth Tarvydas, and was valued at $2,000.

Speaking to the Herald Sun at the time, Rebecca said of the look: ‘I really didn’t think it would grab that much attention, but I got hounded on the red carpet. Everyone wanted an interview and pictures.’ 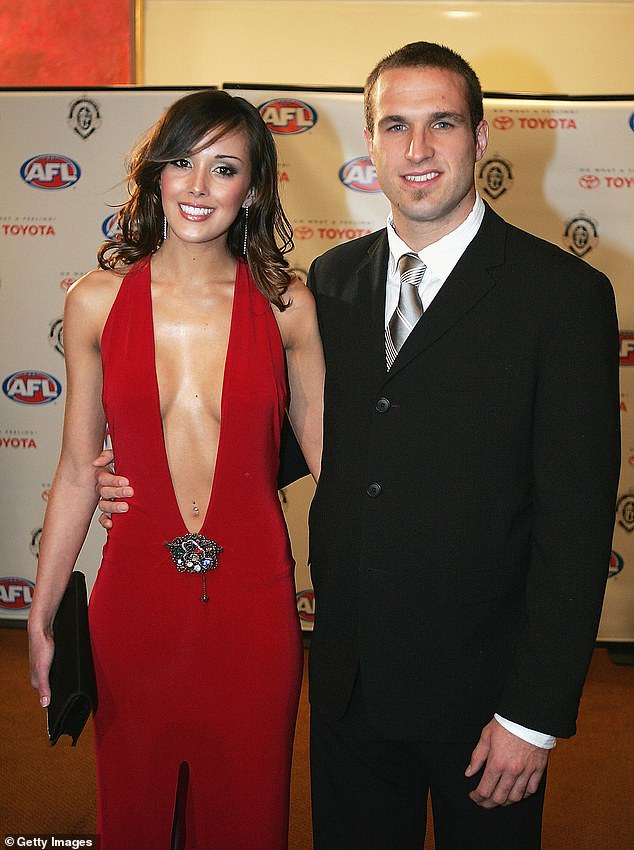 Game-changing moment: Chris revealed that he felt he and his wife Bec became ‘public property’ after their iconic appearance at the 2004 Brownlow Medal (pictured)

Daily horoscope for October 21: Your star sign reading, astrology and...

Daily horoscope for October 21: Your star sign reading, astrology and...