Christine McGuinness shed light on her autism diagnosis and detailed ‘having no friends’ during an appearance on Loose Women.

The model, 33, whose three children are all autistic, revealed her diagnosis in her new book Christine McGuinness: A Beautiful Nightmare and on Monday she gave her first TV interview on the subject in extraordinary detail.

Autism refers to a broad range of conditions characterised by challenges with social skills, repetitive behaviors, speech and nonverbal communication.

On Loose Women, Christine, who is married to Paddy McGuinness, revealed that she has ‘never been very social’ and doesn’t have many friends and struggled in school, all symptoms which she believes transpire from her recently-diagnosed autism. 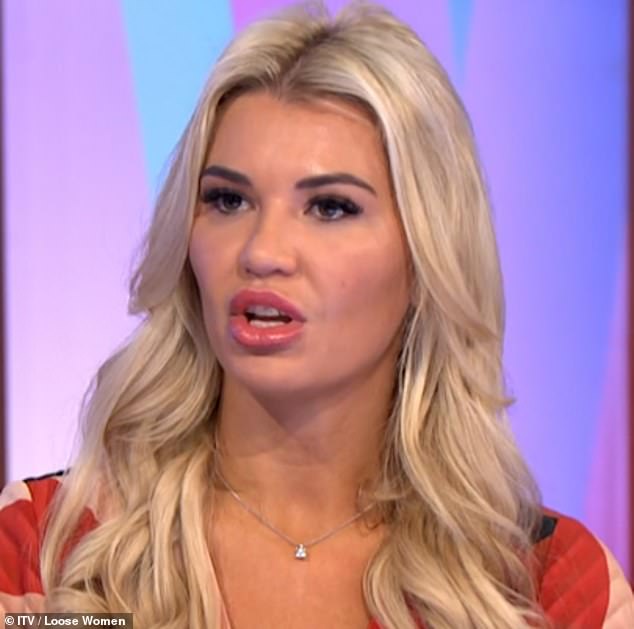 Open: Christine McGuinness shed light on her autism diagnosis and detailed ‘having no friends’ during an appearance on Loose Women

Christine first made the admission in her book, writing: ‘I have been confirmed as autistic. It’s strange, but I’ve noticed there are little hints throughout my life that I’m autistic and more like my children than I ever could have imagined.’

Speaking about the social element, she said on Monday: ‘I’ve never been very social, I don’t really have a lot of friends. But I think I come across as quite confident and that I can speak to anybody, I can hold a conversation…

‘But building a friendship – if someone said, ‘Do you want to go to lunch?’ I’d be thinking, ‘I can’t now.’

Nadia Sawalha asked why she felt like that and Christine revealed: ‘I’m always worried that I don’t really know what to say… 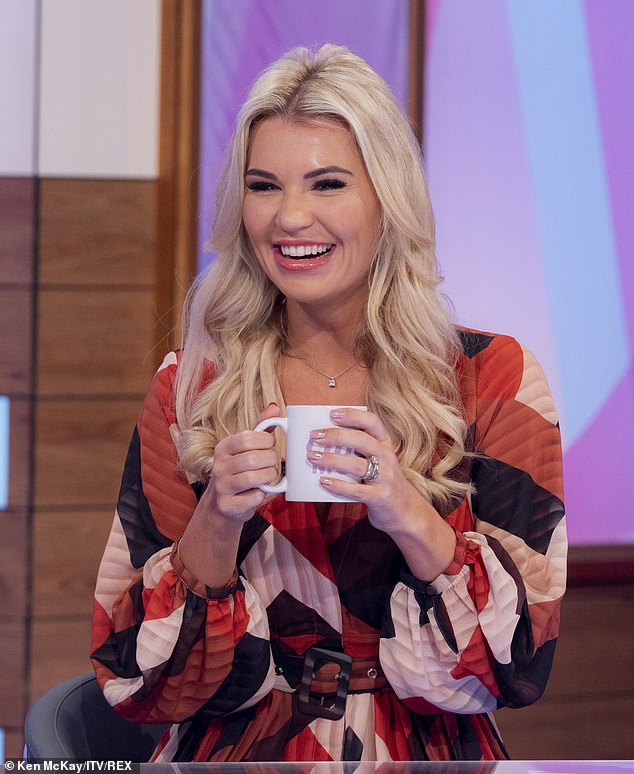 Candid: The model, 33, whose three children are all autistic, revealed her diagnosis in her new book Christine McGuinness: A Beautiful Nightmare and on Monday she gave her first TV interview on the subject in extraordinary detail

‘I used to worry about going to events with my husband… big events, I would worry just being in a room with hundreds of people I don’t know…

‘I would sit with my head down or make excuses to leave the room because I was finding it all quite overwhelming, and now I understand it’s because I’m autistic.’

Reflecting on her teenage years, Christine said: ‘School was really, really difficult. At school, I didn’t have friends, I didn’t fit anywhere and I always felt older…

‘I was quite happy talking to the teachers. I left at 14 and my attendance was really bad, and that’s because I was struggling. I didn’t like eating in the canteen, I didn’t like the food.’ 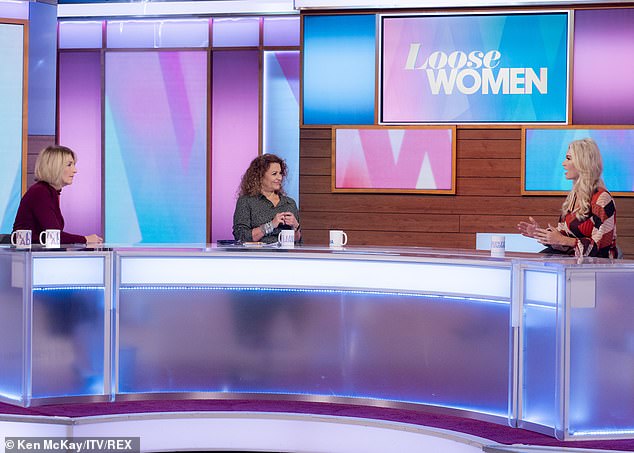 Why? Nadia Sawalha asked why she felt like that and Christine revealed: ‘I’m always worried that I don’t really know what to say’

Christine then said: ‘There were lots of similarities between me and my children. Me and my husband went to do an AQ test to see if any of us were on the autism spectrum and I was actually quite high up…

‘And I was diagnosed a few months ago, so I’ve had time to process it, speak to my family and get my head around it.

‘This is the first time I’ve spoken about it, I feel nervous. I’ve been on here so much speaking about my husband and my children but it’s interesting, no one’s ever really said, ‘What about you?’ What was your past, what was your childhood?’ 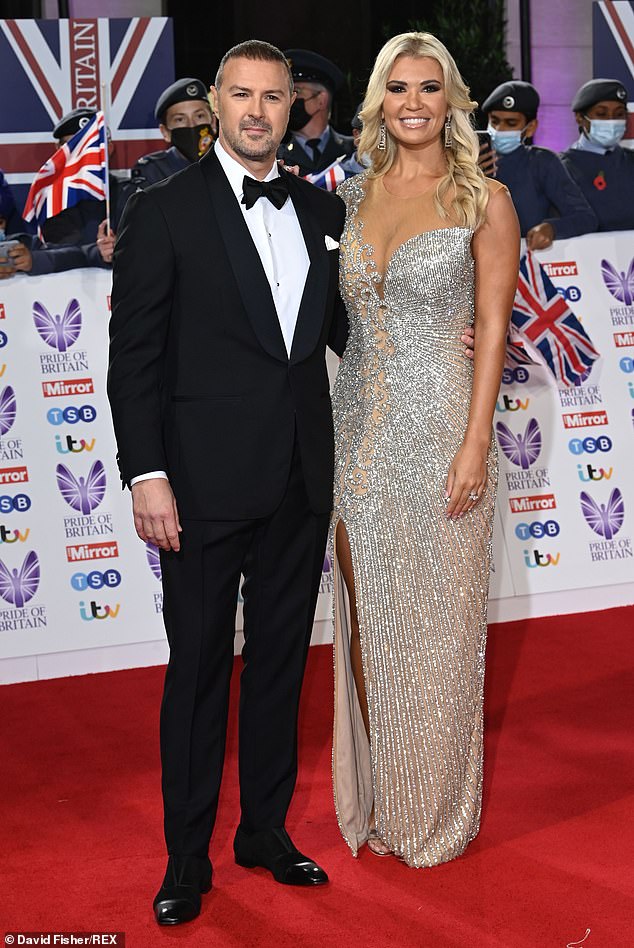 Honest: Kaye Adams asked how Paddy reacted and Christine said: ‘He’s been really good. He said he’d known for a while and he’d thought for quite a long time’

Kaye Adams asked how Paddy reacted and Christine said: ‘He’s been really good. He said he’d known for a while and he’d thought for quite a long time, basically since the children got diagnosed. When we were talking about their food aversion, everything about them, he kept thinking, ‘They’re really like Christine.’

Christine added, ‘I’ve realised that I’ve masked my whole life. Masking is quite common, more so for women and girls with autism, but it’s basically you learn how to behave and learn what to say… how to laugh, which living with a comedian…

‘If I go to a hotel room, I will arrange the furniture, I’ll take pictures off the wall, so there’s no distraction. I don’t like busy carpets, busy curtains…

‘We’ve been renovating our house and this has been an issue with us both. We want it homely, but if I could live in a plain white box then I would.’ 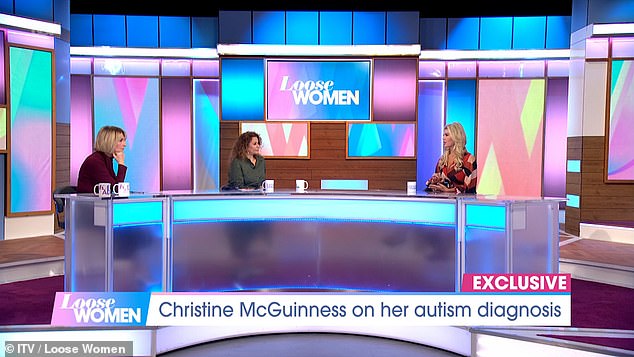 Appearance: She chatted on the show following her announcement

Christine explained the scale goes from 0 to 50 and an average neurotypical person would score about 15, which Paddy did, while hers was 36.

On being given the diagnosis, Christine wrote: ‘It was a lot to take in and once my appointment was over, I broke down in floods of tears. I think it’s because the news conjured up a mixture of emotions and while I’m not totally shocked and it’s a relief, I’m just really sad for my younger self.’

Christine said Paddy told her he suspected she was autistic for years and was always conscious that she had ‘quirks’ and was ‘a bit different’. 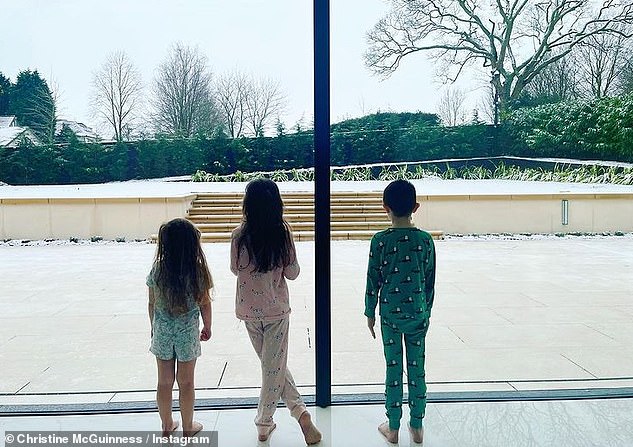 THE SIGNS AND SYMPTOMS OF AUTISM

According to the Centers for Disease Control and Prevention, people with autism have trouble with social, emotional and communication skills that usually develop before the age of three and last throughout a person’s life.

Specific signs of autism include: