After the excesses of Christmas and New Year, we’re all looking for ways to cut down on waste and make our food go a little further. And so are our food producers.

Last January, the Waste and Resources Action Programme (WRAP) revealed that the UK throws away 9.5 million tonnes of perfectly edible food a year. For firms, such waste is also likely to harm profitability and inflate food prices.

WRAP has estimated that the cost of avoidable food waste can vary from 38p to £1 for every meal served in the hospitality sector. So no wonder there’s been a surge in start-ups focusing on re-inventing food ‘waste’ and turning it into tasty, inventive products.

From a beer made from crumpets to gin distilled from supermarket grapes, we test the upcycled foods that taste good as well as do good… 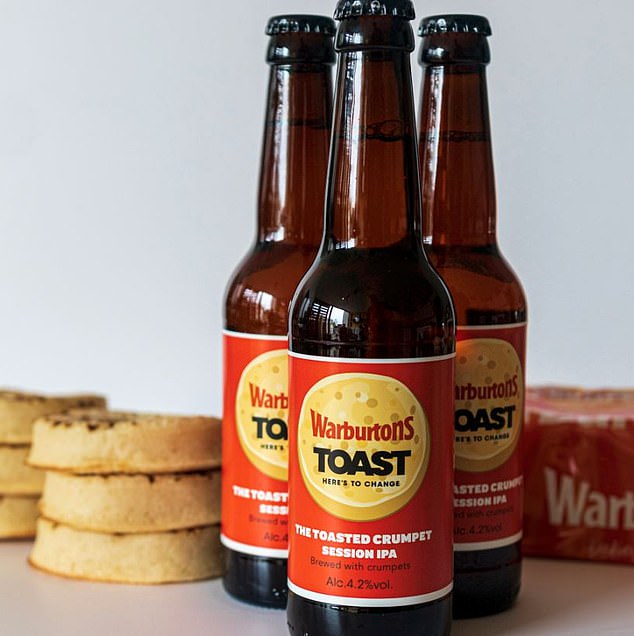 Warburtons & Toast Crumpet Beer: At only 2.8 per cent alcohol, it’s perfect for those looking to limit their drinking

What is it? A light, yeasty beer made from Warburtons crumpets that are not the ‘proper’ shape and would otherwise be wasted. At only 2.8 per cent alcohol, it’s perfect for those looking to limit their drinking.

How eco is it? In the UK, an estimated 24 million slices of bread go to waste every day, according to WRAP. The bread used to make Toast Ale replaces a third of the malted barley used in the brewing process, saving on emissions. All profits go to charities tackling food waste.

Tastes like: The Crumpet Beer is the perfect refreshing accompaniment to a casserole or toasted cheese sandwich. With the richness of Guinness, the Chocolate Stout boasts undertones of vanilla and dark fruits. 5/5

SIP A HERBAL TEA MADE FROM COFFEE 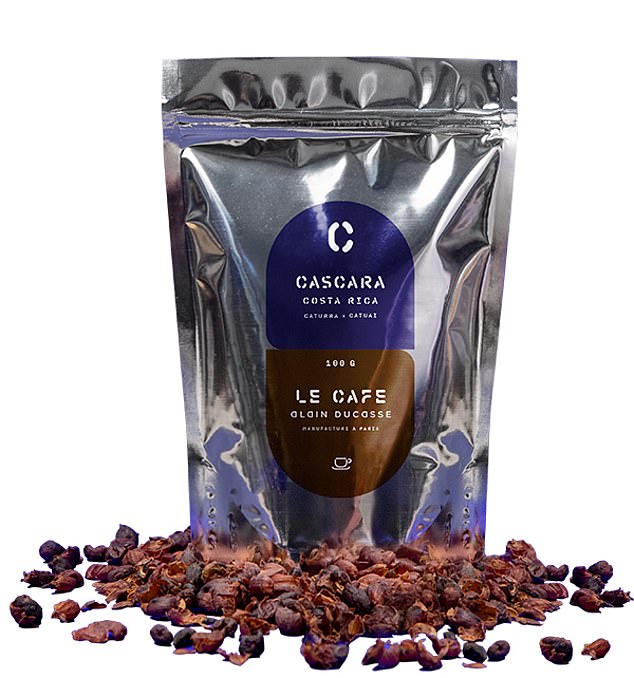 Cascara: Neither a true tea nor a coffee, cascara, which means ‘husk’ in Spanish, is a delicate herbal drink made from dried pulp taken from the coffee cherry

What is it? Neither a true tea nor a coffee, cascara, which means ‘husk’ in Spanish, is a delicate herbal drink made from dried pulp taken from the coffee cherry. It is collected after the beans have been removed. This version comes from the West Valley region of Costa Rica.

How eco is it? The cascara is usually discarded after the coffee bean has been harvested.

Every year, millions of tonnes are just left to rot, then turned into fertiliser or taken to landfill. But some farmers are now sun-drying the remaining fruit to collect the cascara flakes, which look like the shells of a nut.

Tastes like: A delicate tea similar to a fine white oolong with notes of hibiscus and cherry.

To prepare, pound 12g of cascara flakes in a pestle and mortar to release the aromas. Place in a teapot and add 100ml of hot water. Wait a minute or so, then pour over a further 200ml and brew for four-and-a-half minutes.

It’s a refreshing mid-afternoon livener, and ideally paired with some posh French patisserie. 4/5

DIP INTO SOME NEARLY BINNED VEG 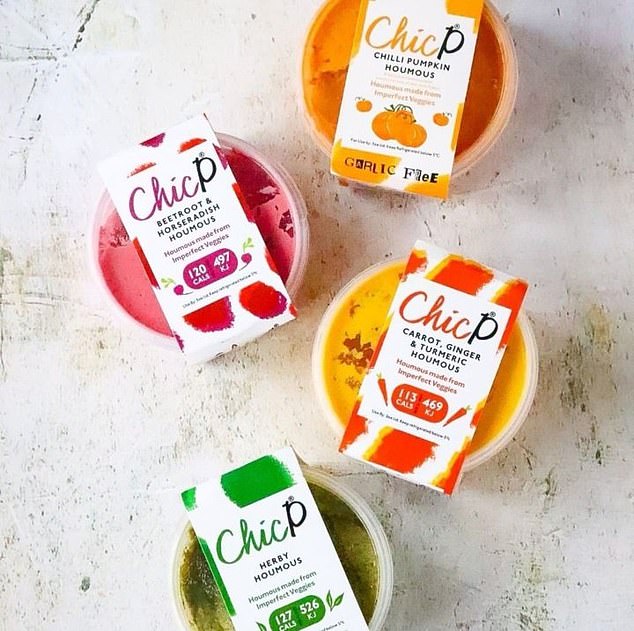 ChicP: A range of hummus dips made from vegetables that would otherwise have been binned

What is it? A range of hummus dips made from vegetables that would otherwise have been binned. Using produce from a range of farmers and wholesalers, ChicP (pronounced ‘chickpea’) manufactures five dips, including a herby hummus and a beetroot and horseradish hummus.

How eco is it? ChicP sources vegetables considered not perfect enough for supermarkets. The dips have a seven-day shelf-life and the firm works with the Too Good To Go food-waste app to sell almost out-of-date hummus at a discount. Founder Hannah McCollum is a passionate campaigner on educating children about food waste and how to snack healthily.

Tastes like: The carrot hummus is a punchy dip with added superfoods such as fresh ginger and turmeric. The dips are made from 30 per cent vegetables — a far higher content than most shop-bought hummus — plus there’s plenty of protein.

These have a considerably lighter mouthfeel than most hummus. Dunk vegetable crudites in them, use them in sandwiches or even have them as a pasta sauce. 5/5 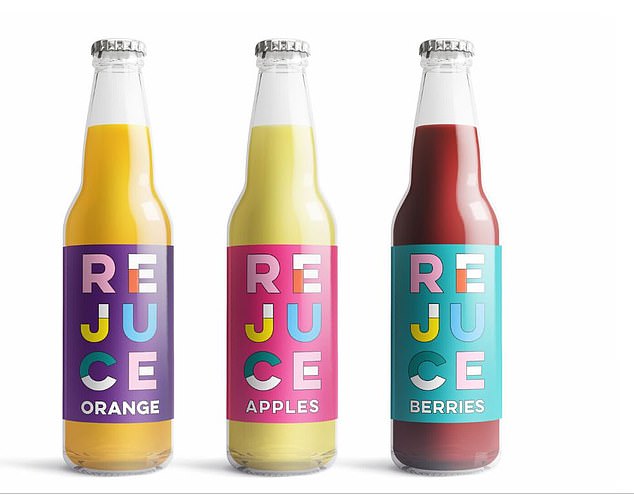 Rejuice: Cold-pressed, juices made from leftover fruit from some of London’s biggest food markets

What is it? Cold-pressed, juices made from leftover fruit from some of London’s biggest food markets. Once rescued, the produce is peeled, juiced and bottled in 100 per cent compostable packaging.

You can get orange, apple and berry juices, and new carbonated juice waters in cans.

How eco is it? Rejuce has saved more than 300 tonnes of fruit and veg from going to landfill. Founder Tom Fletcher, a former chef, has even experimented with drying the pulp left over from the juicing process and turning it into paper and loo roll.

Rejuce keeps its prices low and stocks less than it can sell, so there’s no waste.

Tastes like: The orange juice has a bright, zesty aroma, a fresh, zingy flavour and well-balanced acidity. It would work well in smoothies or cocktails, too. 4/5 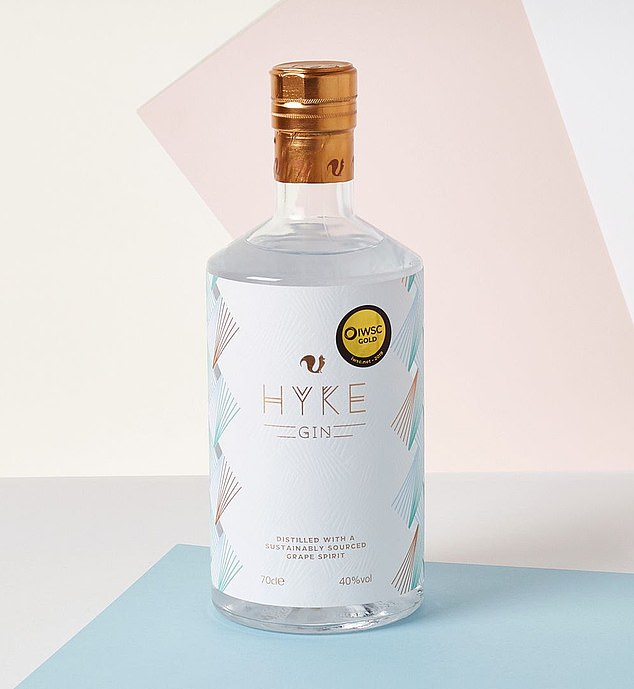 Hyke Gin: Gin distilled with surplus table grapes (the ones you eat, not the ones that make wine) from the supermarket supply chain

What is it? Gin distilled with surplus table grapes (the ones you eat, not the ones that make wine) from the supermarket supply chain.

Hyke gets its distinctive character from both the grape spirit and the unique blend of botanicals inspired by the grapes’ origins in Africa and South America.

How eco is it? When packaging grapes, some fruit is trimmed off so the bunch fits in the punnet, leaving loose bunches that can’t be sold as fresh. The discarded grapes are pressed and the resulting juice is made into wine.

This wine is sent to the distillery and turned into grape spirit, which is then used to make Hyke, along with some of the more usual grain spirit.

Tastes like: Lively, aromatic and herby with a touch of flint and warming citrus notes, as well as juniper, vanilla and fragrant cardamom. It has a long, dry, spicy finish, too. 5/5

FRUIT JERKY SNACK’S ONE OF YOUR 5-A-DAY 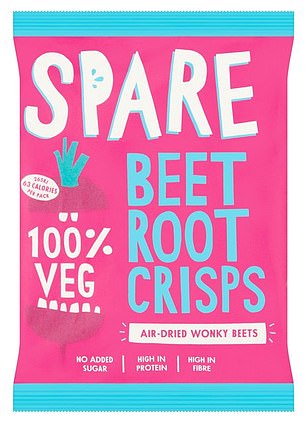 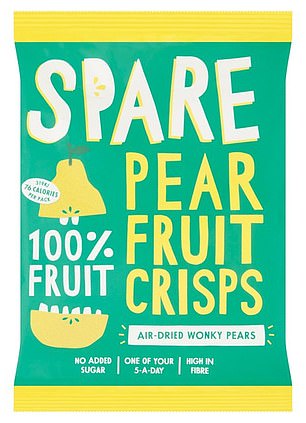 What is it? Air-dried fruit and vegetable jerky-like snacks, made from surplus produce from food markets.

Spare has now transformed hundreds of tonnes of fruit and veg into high-fibre, gluten-free snacks with no added sugar and only 79 calories a pack.

For children, they’ve introduced Scrapples — smaller packs of apple crisps that can also come with a squeeze of mango or strawberry.

How eco is it? The snacks are made only from otherwise wasted fruit and veg, and the packaging is recycle-ready, too.

The new Scrapples are a good way to teach children about food waste, and they meet the School Food Trust guidelines for a one-a-day healthy snack (they have less than 44 calories per pack).

Tastes like: The apple crisps seem quite sweet, even though it is only their natural flavour. The beetroot crisps have a good balance of sweetness and acidity, and are wonderfully crunchy. They are even better with added vinegar. Eat as a snack, on cereal or even in salads. 3/5

FISH FOR A SALTY SEASIDE TREAT 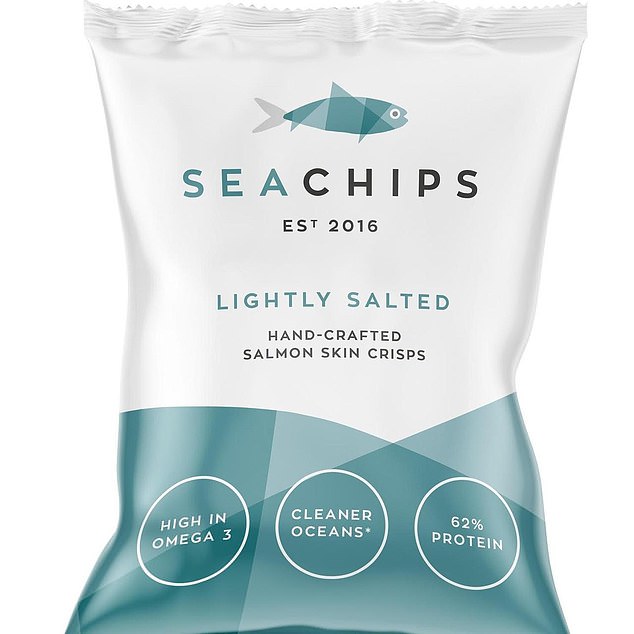 What is it? Hand-crafted salmon skin crisps pioneered by avant-garde chefs from the likes of Copenhagen’s Noma restaurant.

Created by chef Dom Smith and businessman Daniel Pawson, who appeared on Dragon’s Den in 2019 and turned down investment from Touker Suleyman.

How eco is it? The salmon skin comes from Grants Smokehouse, next door to Sea Chips’ new factory — all the salmon skins from the smokehouse were previously discarded as waste.

Tastes like: Properly crisp and intensely savoury, yet not overly fishy. I particularly liked the salt and vinegar crisps redolent of fish and chips by the seaside.

The crisps also come plain or with chilli and lime. They are carbohydrate-free, boast 62 per cent natural protein and are packed with nutrients, including all important omega-3. 5/5

The Blair rich project: The millions made by Tony Blair and his wife and children

Father, 27, who went to A&E with chest pain but discharged himself over Covid fears died at home

The Blair rich project: The millions made by Tony Blair and...