Italy has mandated Covid-19 vaccines for all health workers in a move aimed at crushing anti-vax sentiment.

Prime Minister Mario Draghi, who stands at the vanguard in the EU’s jabs battle with Britain, said health workers, including pharmacists, who refused the vaccine could be struck off until the end of the year.

Italy’s vaccine roll-out, dented by the EU’s failure to secure AstraZeneca doses, is faltering with just 16.03 people per 100 of its population inoculated, compared to more than 50 people per 100 in Britain, amid soaring infections.

The country’s entrenched anti-vaccination movement came into sharp focus after the recent discovery of clusters of hospital staff refusing the jab despite the Italy having Europe’s highest death toll. 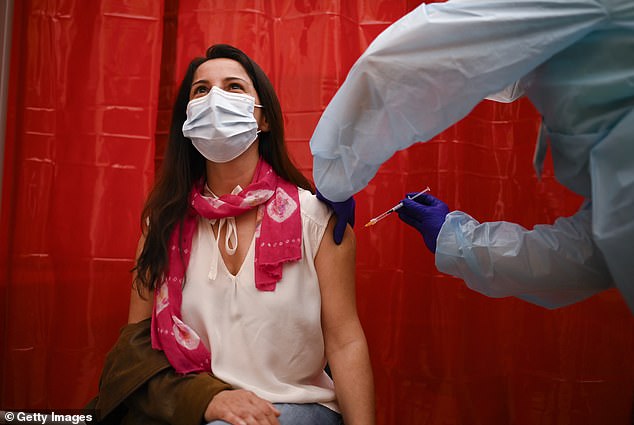 A school teacher has an AstraZeneca vaccine in Turin on Wednesday 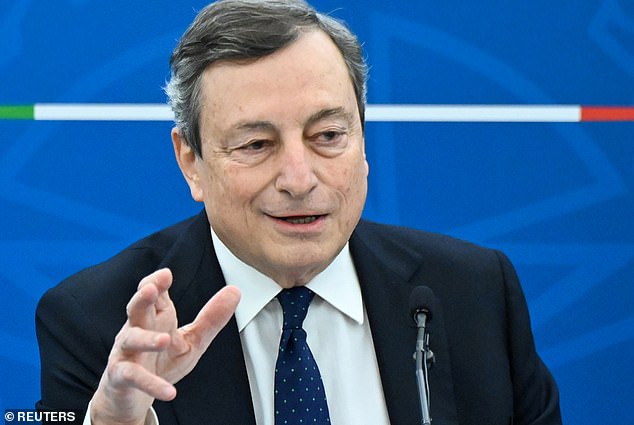 Prime Minister Mario Draghi, who has stood at the vanguard of the EU’s embargo battle with Britain, said health workers, including pharmacists, must take the vaccine and threatened those who refuse with being struck off until the end of the year 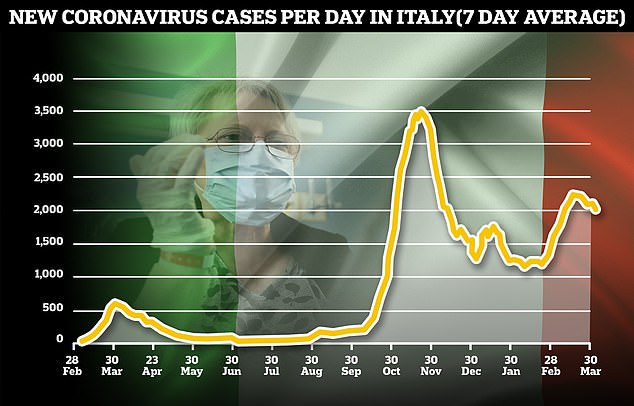 Another 23,904 infections were recorded on Wednesday 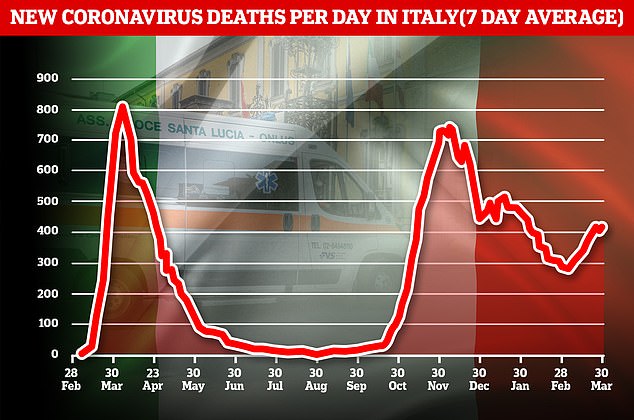 Another 467 deaths were reported yesterday 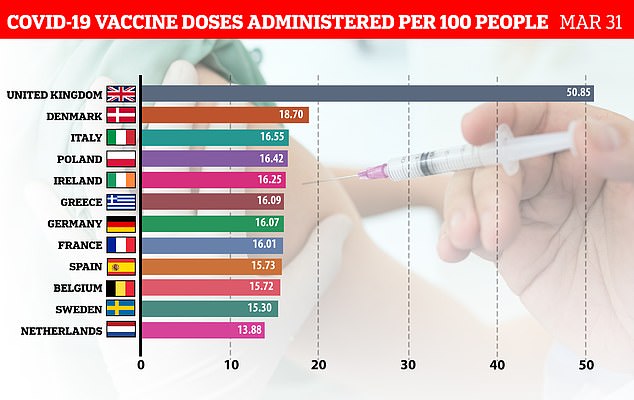 Downing Street has floated similar proposals which have been met with backlash from medical unions who claim it sends a ‘sinister and worrying message.’

But NHS workers are already required to take vaccines in many cases – raising the question of why there is push back against the Covid jab specifically.

NHS staff who carry out exposure prone procedures – that is anything which involves a risk of exposure to a patient’s blood – must be vaccinated against Hepatitis B.

Countries in Europe reporting the most cases and deaths

Those who carry out such procedures make up a sizeable proportion of the workforce including all surgeons and dentists.

Italy’s government said today: ‘The aim of the measure is to protect as much as possible both medical and paramedical staff and those who are in environments that may be more exposed to the risk of infection.’

The decree also introduces legal protection for those who administer the jabs, a measure doctors and nurses had demanded after medics were placed under investigation for manslaughter following the death of a vaccinated man in Sicily.

Italy, whose vaccine campaign has been hampered by supply delays which have also hit other European Union countries, has pledged to reach 500,000 daily inoculations in April from around 230,000 at present.

Some 10 million doses have been administered here since late December, with around 3.1 million of Italy’s 60-million-strong population receiving the recommended two shots.

Italy has seen a resurgence in coronavirus infections and deaths over the last month and the government has tightened restrictions on businesses and movements to contain the virus.

Curbs are calibrated in the country’s 20 regions according to a four-tier, colour-coded system (white, yellow, orange and red) and are normally based on local infection levels. 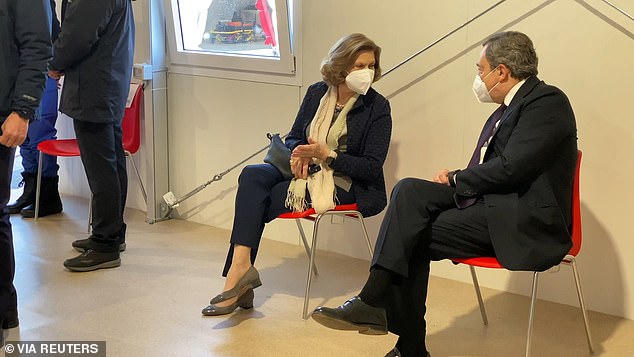 Wednesday’s decree said everywhere would remain a tougher red or orange zone until April 30, giving time for the vaccines to work.

In a red zone, residents have to stay home except for work, health or other essential reasons.

Between April 7 through April 30, all of Italy’s regions will be considered either ‘red’ or ‘orange’ zones, with the latter having slightly looser restrictions.

For the moment, no regions are considered ‘yellow’, which would allow seated dining in restaurants until 6pm and more mobility for residents.

However, in a concession to coalition parties that have complained about the lengthy restrictions, the decree said it will be possible to loosen some curbs in those areas which have a high vaccination rate and low infections.

Another 467 deaths and 23,904 new infections were recorded on Wednesday.