Covid deaths in England almost doubled in the first week of January, official figures revealed today — but the tally was skewed upwards because of reporting lags over Christmas and New Year.

An Office for National Statistics (ONS) report found 6,057 people died from the disease in the week up to January 8, which was 93 per cent more than the 3,144 the previous seven days.

However, statisticians say the figures in this week’s release should be ‘interpreted with caution’ because the week before contained Boxing Day and New Year’s Day. There are often delays in registering fatalities on bank holidays.

Covid was still responsible for a third (34.1 per cent) of the 17,751 total deaths in England in the most recent week, meaning it was killing roughly the same proportion of people as it was in the last week of December (31.2 per cent).

Every English region saw deaths from the virus rise in the first seven days of January, the ONS said, with the South East recording the highest number at 1,197 deaths, followed by 1,047 in London, and 816 in the East of England. The North East (229) and the South West (285) suffered the fewest fatalities.

Separate data from the ONS also found that Covid-19 deaths doubled in care homes last week, after Boris Johnson promised to have all elderly residents vaccinated against the disease by February. So far only half of care home residents, who were supposed to be front of the queue for jabs in December but missed out due to logistical issues with handling the Pfizer vaccine, have been immunised against the virus. 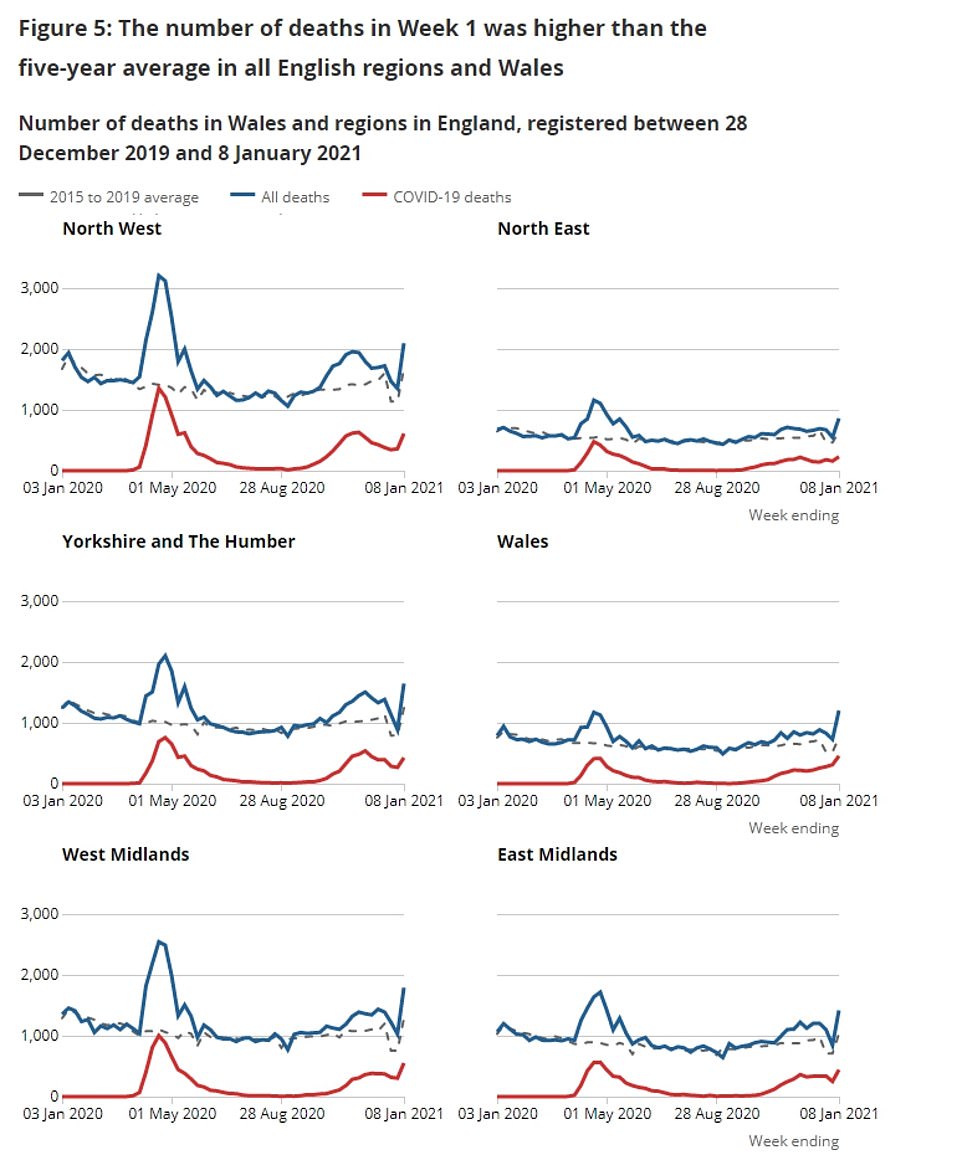 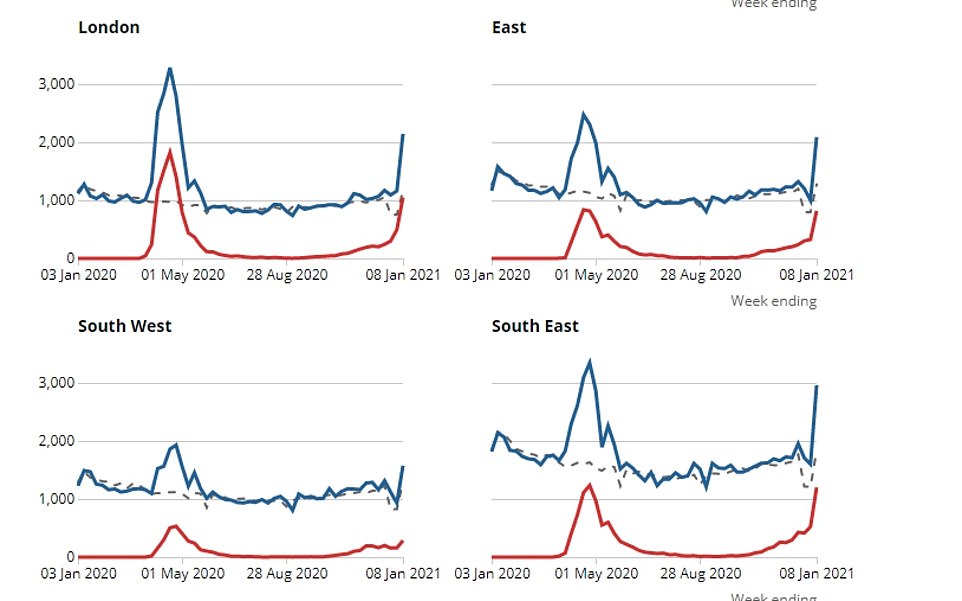 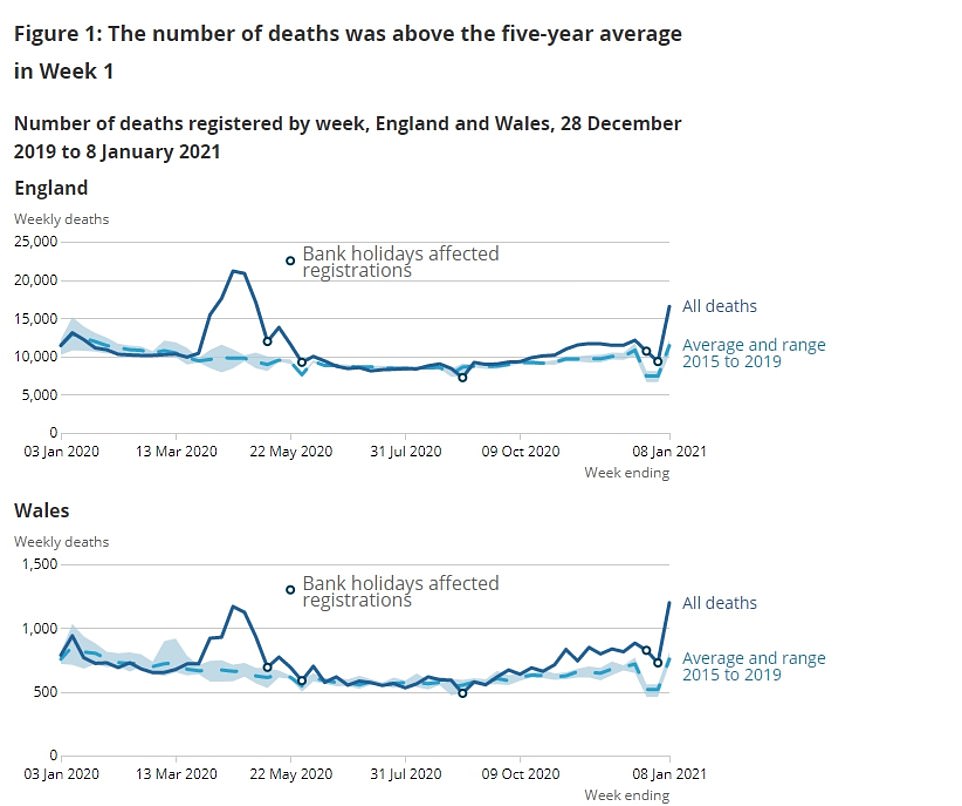 Deaths involving the virus of residents in care homes, as notified to the Care Quality Commission (CQC), have almost doubled in a fortnight.

There were 1,260 deaths involving Covid-19 in care homes notified to the CQC in the week ending January 15, a 45 per cent rise from the 864 deaths notified during the previous week.

The ONS said that 34.1 per cent of all deaths registered in the week ending January 8 mentioned Covid-19 on the death certificate – the highest proportion since the week ending May 1.

All regions of England recorded an increase in registered Covid-19 deaths in the week to January 8.

Eastern England had 816 deaths in the week to January 8, up from 325 in the previous week. 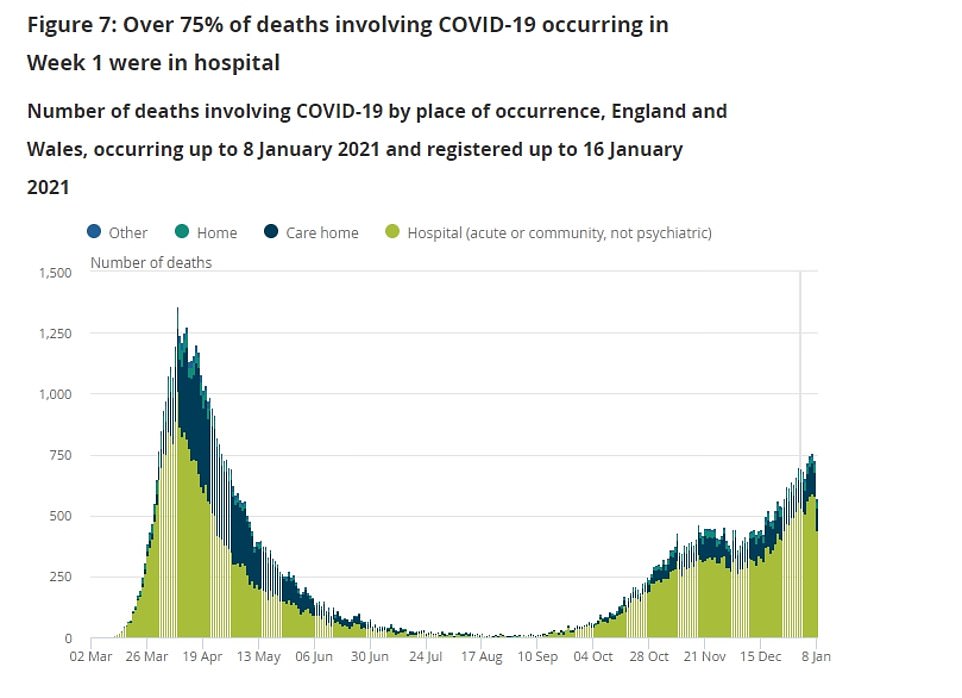 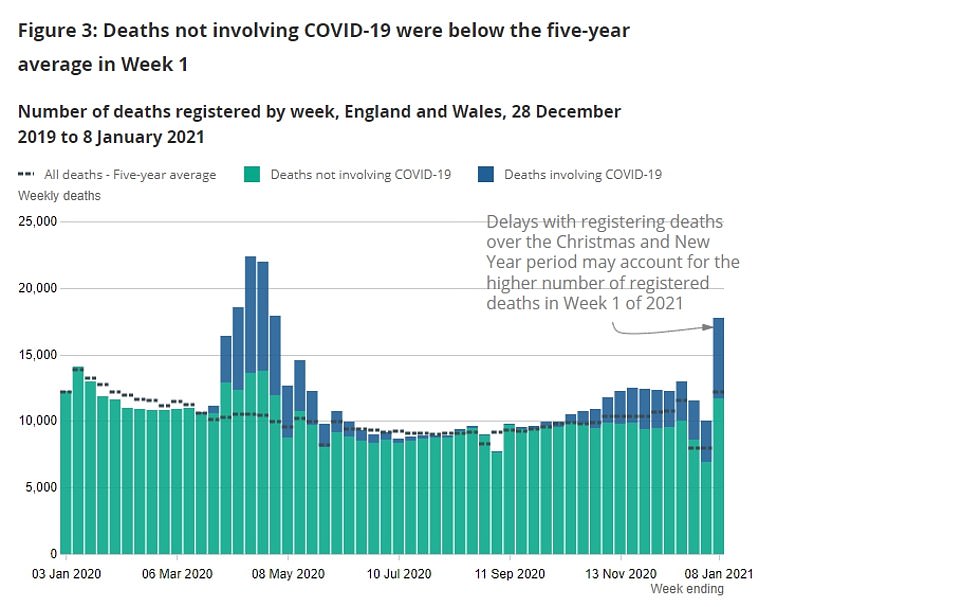 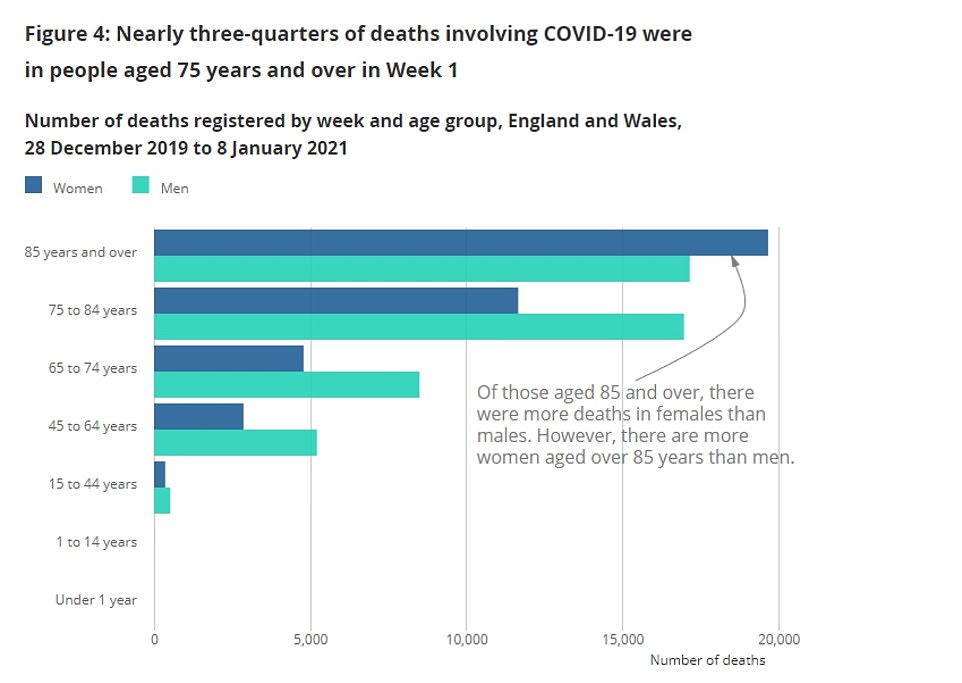 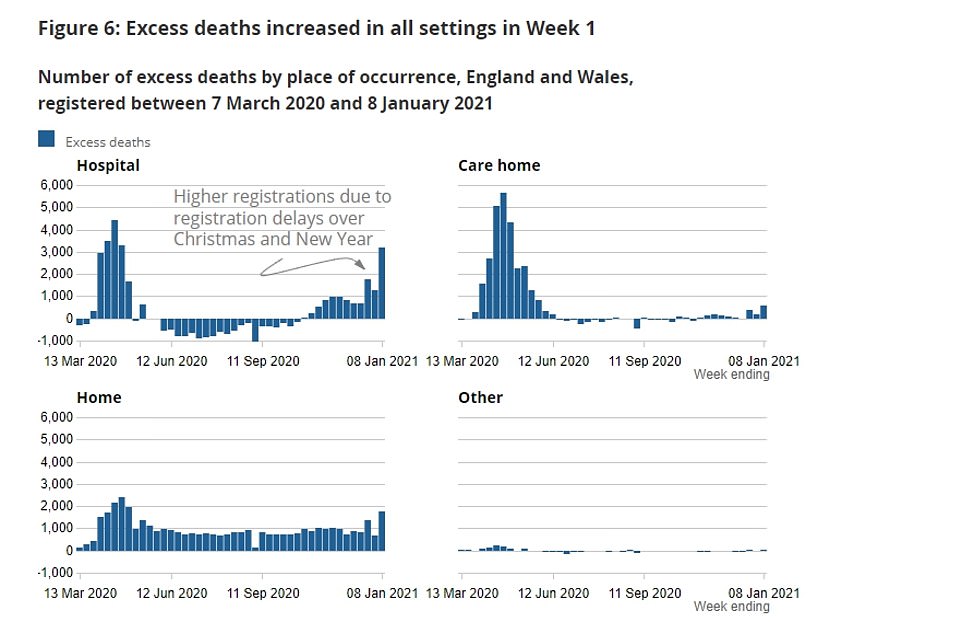 Francesca Farago styles pooch as a service dog for flight to...

Kirstie Allsopp reveals all restrictions she put on kids' technology use...