Covid was only the THIRD leading cause of death in England and Wales in March, official data shows – as interactive map shows how many people have REALLY died of the disease in your neighbourhood

Coronavirus is no longer the leading cause of death in England and Wales for the first time since October, according to official statistics which strengthen the argument for a quicker easing of lockdown.

Office for National Statistics data shows Covid was only the third biggest killer in March, accounting for 4,387 out of total 48,551 deaths (9 per cent).

It had been the leading cause of death for the past four months after the emergence of the highly-infectious Kent variant last autumn. Covid deaths have fallen even further this month.

Alzheimer’s and Dementia was the biggest killer last month in England and Wales, with 4,915 deaths recorded (10.1 per cent), followed by heart disease and strokes which accounted for 4904 deaths (also 10.1 per cent).

The findings may put more pressure on Boris Johnson to release the country from lockdown quicker, with the next relaxation not due for almost another month.

Mr Johnson has promised to stick to ‘data, not dates’ when it comes to easing curbs but has so far refused to move quicker despite vanishingly Covid low deaths and fewer than 2,000 virus patients being treated by the NHS.

Meanwhile, an interactive map breaking down the number of Covid deaths by postcode highlights that the East Midlands was the English region with the highest virus victims at 103.8 per 100,000.

Office for National Statistics data shows coronavirus is no longer the leading cause of death in England for the first time since October. It has been overtaken by Alzheimer’s and dementia, and heart diseases 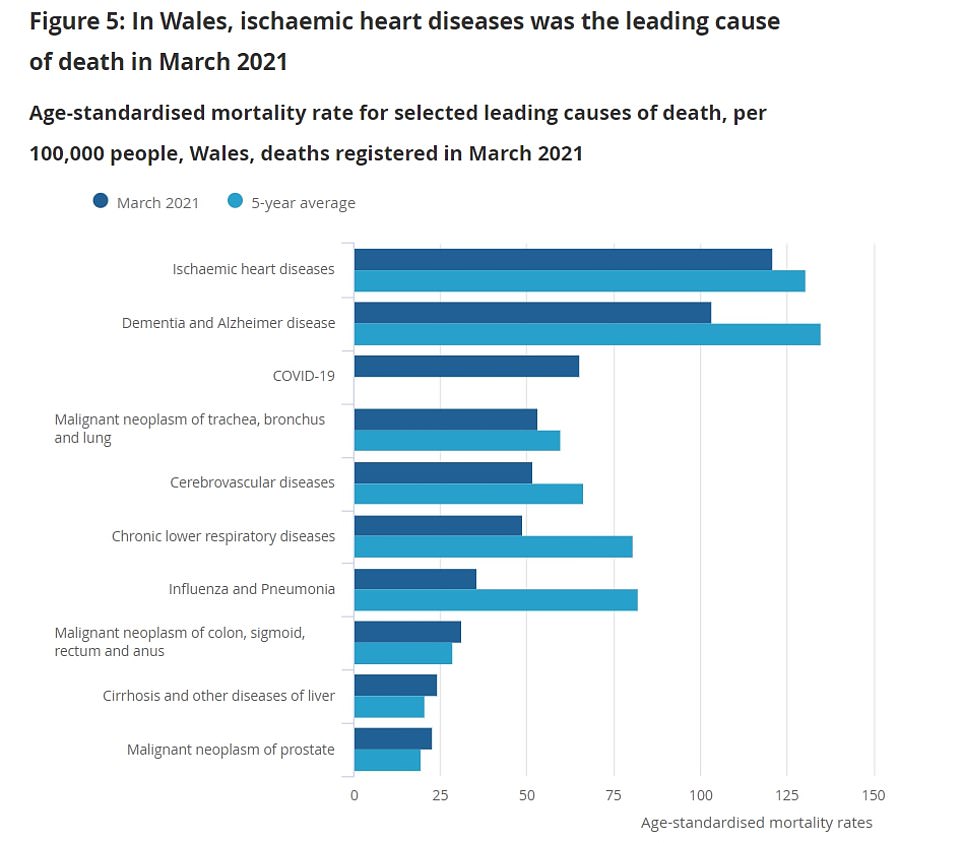 The virus has also dropped down to third in Wales, where ischaemic heart diseases were the biggest killer in March followed by dementia 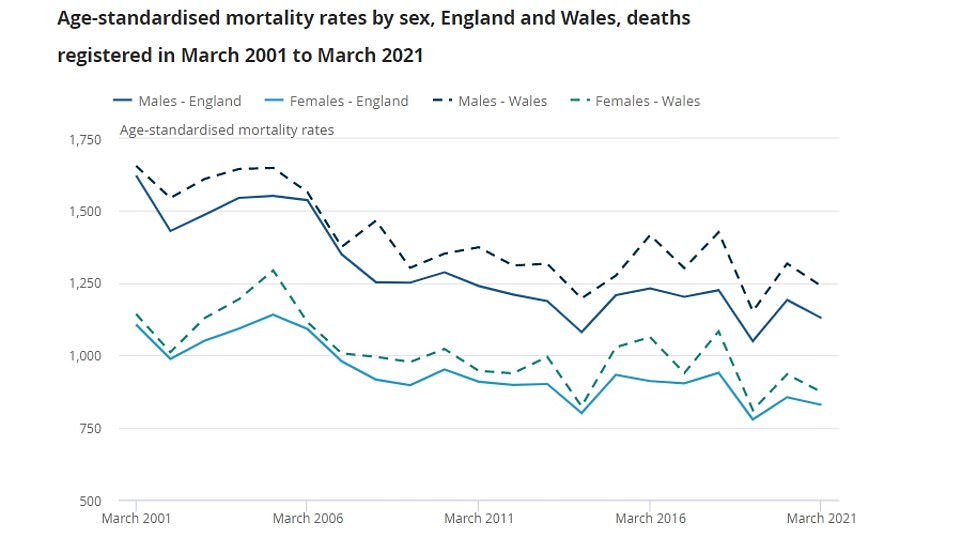 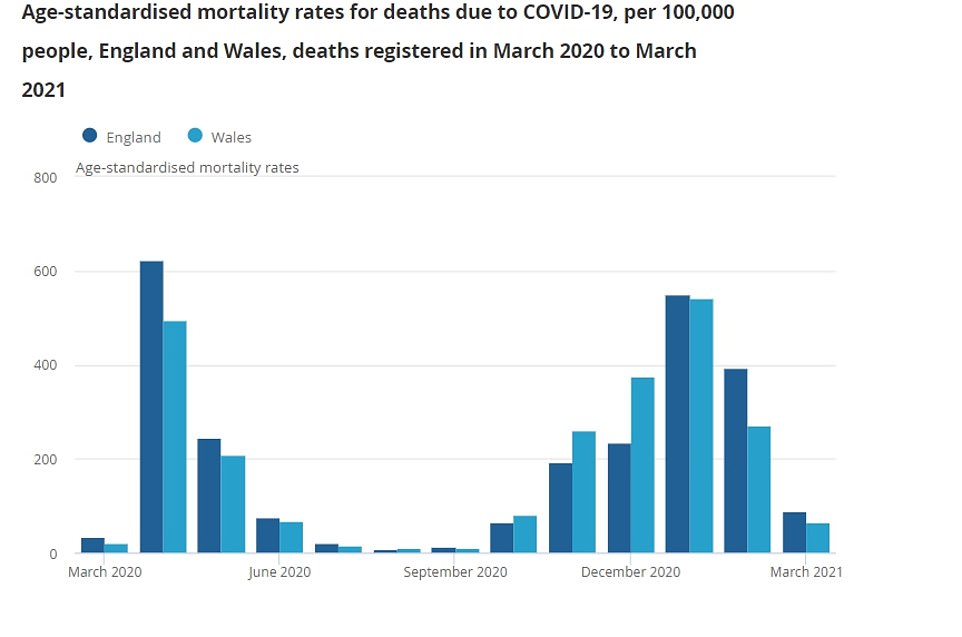 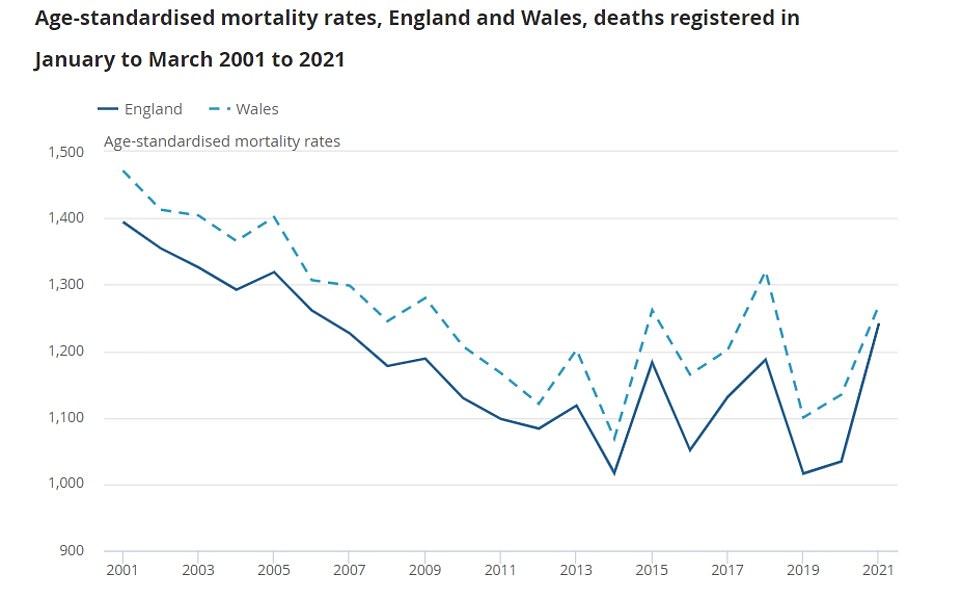