Cristiano Ronaldo and under-fire boss Andrea Pirlo will both STAY at Juventus beyond this season, insists club chief and legend Pavel Nedved… and he dismisses talk of forward returning to Real Madrid, claiming Serie A giants are ‘calm’ despite poor form

Cristiano Ronaldo and Andrea Pirlo will both be at Juventus when next season kicks off, according to the club’s vice president Pavel Nedved.

Reports in Spain have linked Ronaldo with a sensational return to Real Madrid this summer, while Pirlo is under increasing pressure after Juve fell 10 points behind leaders Inter Milan in the race for the Serie A title.

However, club legend Nedved insists that both the star forward and rookie manager are going nowhere as the champions look to get back on track. 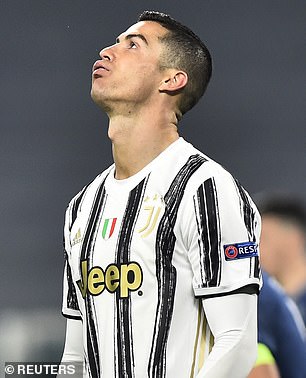 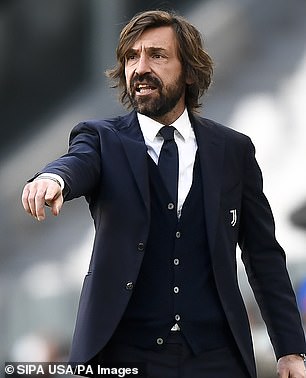 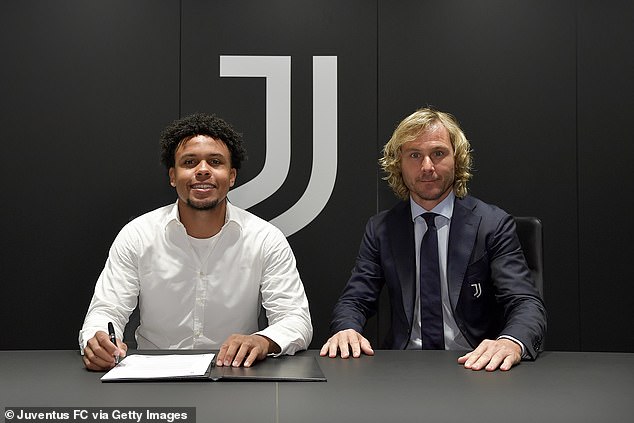 In an interview with DAZN, Nedved played down talk surrounding Ronaldo’s future, saying: ‘As far as I am concerned, Ronaldo won’t leave. He has a contract until June 2022, and he will stay. We’ll see what will happen afterwards.

‘Cristiano Ronaldo pushed us towards the Olympus of football, both technically and in terms of image.

‘He scored more than 100 goals in 120 matches, and, besides, he dragged us into the Champions League.

‘He’s a simple guy, although he may not look like that from the outside. He is the prototype of a modern player who has achieved incredible targets with immense talent and a lot of work.’ 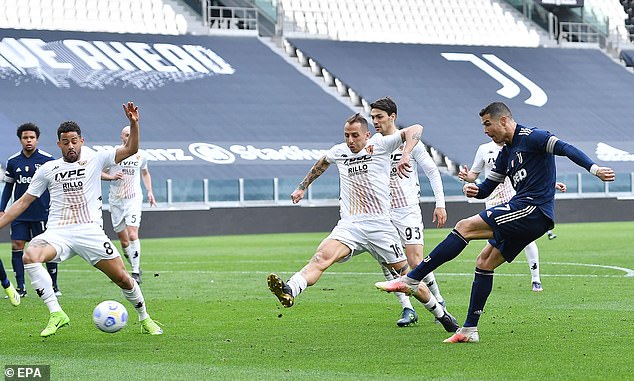 Stories about Ronaldo’s future began swirling after he was at fault for the Porto goal which knocked Juventus out of the Champions League at the last-16 stage earlier this month.

Real boss Zinedine Zidane has hinted at a return for the Portugal superstar, who left the Bernabeu for Turin in a £100million deal in 2018.

Ronaldo couldn’t prevent his side falling to a shock 1-0 home defeat by Benevento last weekend, a result which has raised questions about Pirlo’s job security. 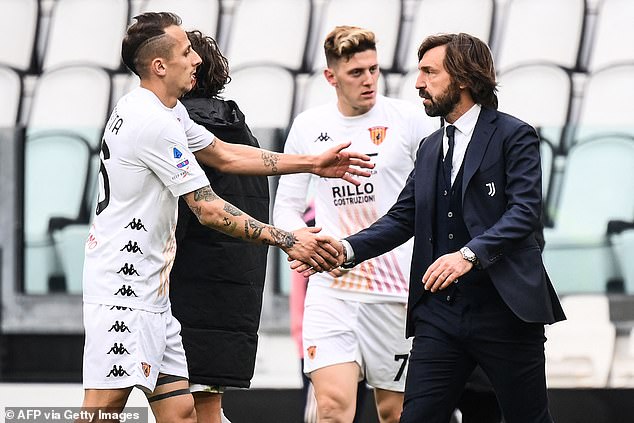 The Italian champions are third in the table and 10 points behind Inter, but Nedved insists that Pirlo retains the full faith of the board.

‘Pirlo is and will be the Juventus coach, that’s 100 per cent sure,’ Nedved told DAZN.

‘We have begun a new project with him, knowing we would face difficulties. We wanted to do something more, but we could not manage to do so.

‘We are calm, Pirlo has everything to become a great coach.’

Juventus return to action against local rivals Torino after the international break.