Curtis Jones had an eventful afternoon for England Under 21s as he scored and was later sent off against Croatia U21s in the European Championship.

Despite winning 2-1, England needed to win by two clear goals to progress to the knockout stages at the expense of their opponents.

And as the Croatians celebrated at full-time, their taunts incited Jones who lost his cool with their left back Domagoj Bradaric. 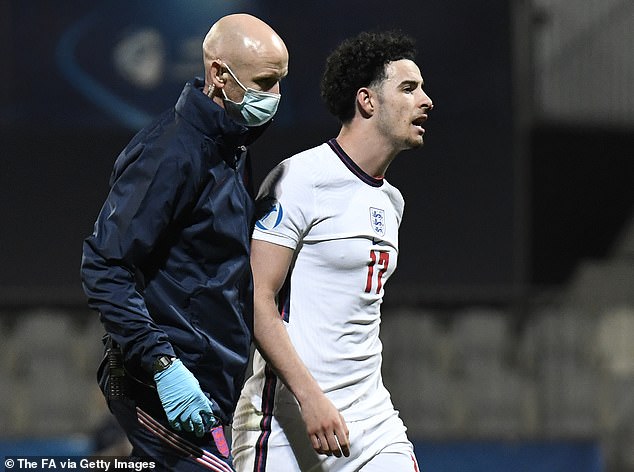 Jones had to be initially restrained by the England backroom staff before he wrestled away from them and ran towards the celebrating Croatians angrily once more.

The Liverpool midfielder’s actions saw his England team-mates get involved as the scenes at full-time threatened to get ugly.

Jones’ former Liverpool team-mate Rhian Brewster also had to be dragged away from the incident afterwards.