By Kate Mcgreavy For Mailonline

Manager Didier Deschamps has called on Kylian Mbappe to perform for France tonight as he insisted the Paris Saint-Germain star ‘cannot be satisfied’ with the way he has played.

The PSG forward was below par in his country’s 1-1 draw with Ukraine last week and was dropped by Deschamps for their next 2022 World Cup qualifier against Kazakhstan on Sunday.

The 22-year-old was introduced off the bench in the 59th minute of their 2-0 victory but he went on to miss a penalty. 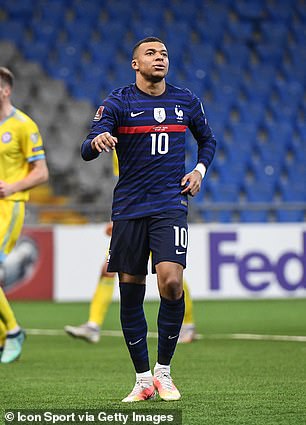 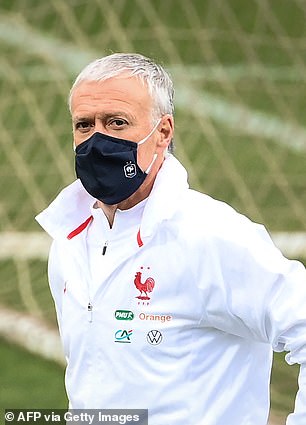 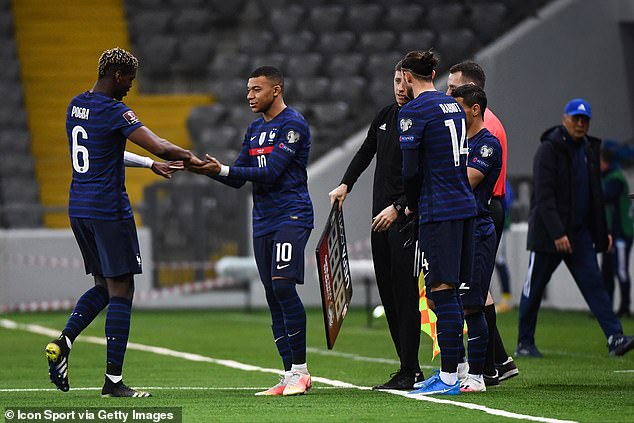 ‘He cannot be satisfied with what he has done so far,’ Deschamps said ahead of France’s World Cup qualifying clash with Bosnia and Herzegovina on Wednesday night.

‘He was not very comfortable in the first game. He was much better against Kazakhstan and had chances. Of course, he wants to score more goals and create them.’

On whether he feels the spot-kick miss has impacted the star forward, Deschamps responded: ‘No, I don’t feel it has. It happens to everyone. 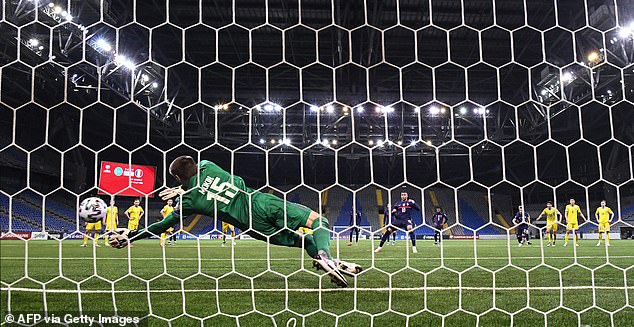 ‘I know Kylian well. He can, over a match or a period of time, have a spell of efficiency that isn’t as good as his usual levels.’

Mbappe was prolific prior to the international break, notching four goals in two matches for Mauricio Pochettino’s Ligue 1 giants.

France top Group D after picking up four points from their opening two games on the road to Qatar.