By Mark Duell for MailOnline

This is the extraordinary moment a man appeared to point a gun at a police officer in the street during a tense stand-off yesterday afternoon.

The drama unfolded in Leeds at about 3pm on Queenswood Drive, between the Kirkstall and Headingley areas of the West Yorkshire city.

Video footage taken later shows the man being pinned to the ground by at least two police officers, with six of them at the scene in total as shouting can be heard.

The phrases ‘stay down’, ‘drop it’ and ‘you will listen’ are heard, but it is not clear who says this. Someone is then heard shouting ‘put that away now’ and the video ends.

A photograph showed the incident happening on a residential street with cars and a bus on the road. MailOnline has contacted West Yorkshire Police for comment today. 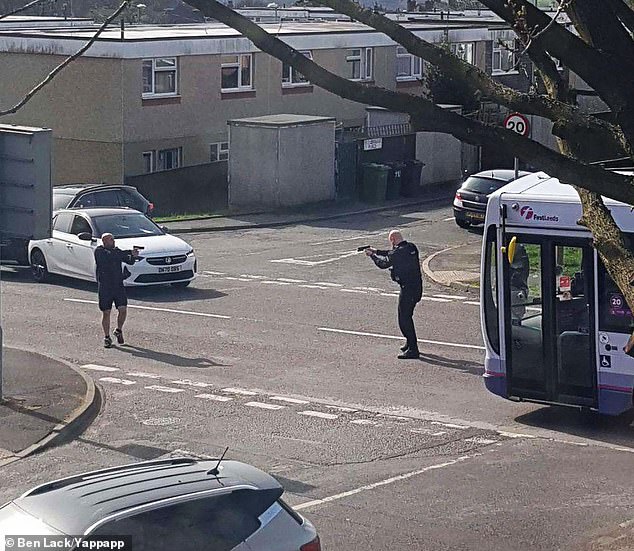