Now that’s how you stop the big hitters pummelling Augusta National into submission. Forget curbs on equipment or controls on how far the ball travels. Just make the greens hard as teak and the fairways like glass.

What a contrast this was to last November’s bomb-fest, when the bash brigade took dead aim and Dustin Johnson reached the hitherto unheralded mark of 20 under par. When Johnson’s opening approach bounced high on landing and through the back of the first green rather than stopping stone dead, he knew this was going to be a wholly different kind of Masters.

Another example came at the par-three sixth, where his eight-iron tee shot had the temerity to also take one hop too many and hurtle through the green. Another bogey. 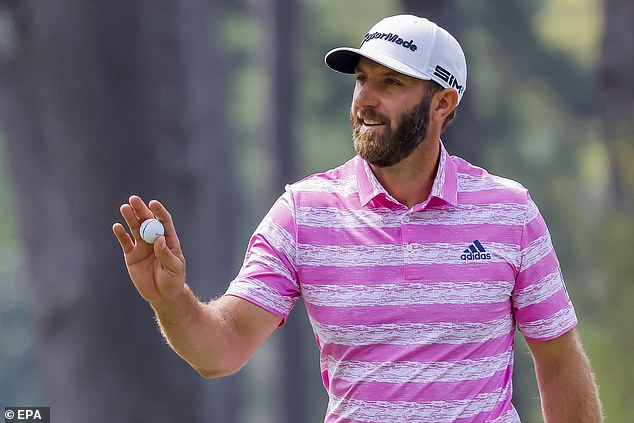 Johnson managed to right the listing ship in the middle of his round but three dropped shots in the last three holes, including a double bogey at the last, added up to a disappointing 74.

It was certainly a far cry from the 65 with which he opened up the Masters just five months ago.

Needless to say, it has left him with an uphill task if he is to join Jack Nicklaus, Sir Nick Faldo and Tiger Woods as the only Masters winners who have completed a successful defence.

In searching for the positives, he will look to draw on what happened during the middle of his round. There are plenty of reasons why Johnson leads the world rankings by a healthy distance, and here the 37-year-old got to show that not all of them involve long hitting or athleticism.

This was the day when he showed the pride of a Masters champion, battling through the early setbacks to prove that he is more than up for the fight of trying to win the tournament a different way. 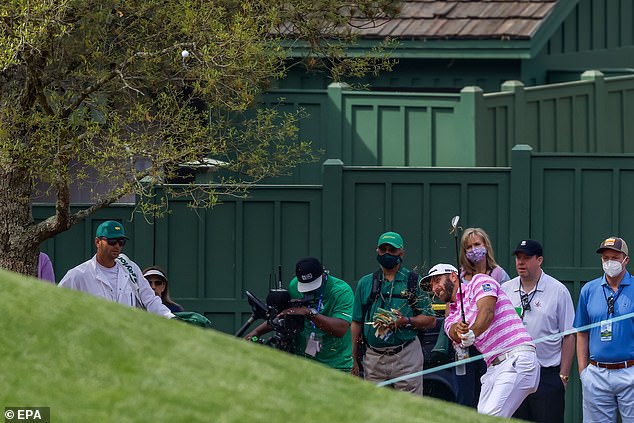 At the 11th he demonstrated the gossamer touch of Phil Mickelson, with a delicate pitch that landed softly on the green and the ball rolling inexorably into the hole for a bonus birdie.

The South Carolina native then took advantage of the birdie on offer at the par-five 13th to get into red figures for the event. There were times in the past when Johnson might have tried to make amends for a poor drive at the par-five 15th and seek to pull off a miracle blow, only to find the water hazard in front of the green.

Not this much improved, far smarter version. He took his medicine and settled for a par, fully aware that this was not a day to take unnecessary risks. The finish, though, will have cut him to the core, and has certainly imperilled his title defence.

A rare mistake at the par-three 16th led to a three-putt bogey and he followed it with a wild drive at the 18th that rather ruined his day. 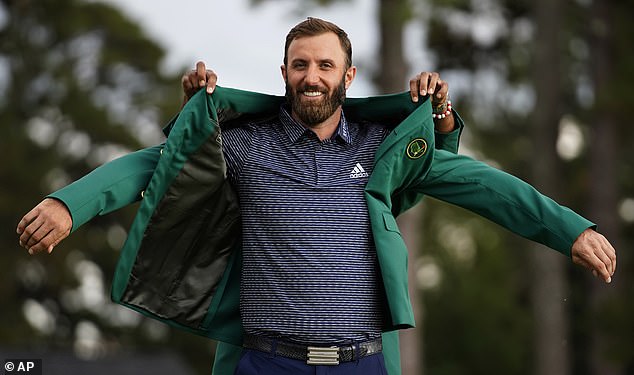 After playing a sensible recovery shot, he left his third 30ft short and then finished up with another ugly three-putt.

Five months ago, he only had one three-putt in the entire tournament. Here, he had two in the space of three holes.

He is not out of it, though. Not on this day, given the havoc going on all around him. The problem is the green jackets have dulled some of his awesome weaponry.

The big question is whether he has enough in reserve to mount a fightback over what promises to be a fascinating final three days, and a completely different Augusta to the one he neutered a few short months ago.