Eamonn Holmes revealed he has been suffering from ‘chronic pain’ which has caused insomnia in a series of late night tweets on Friday.

The TV presenter, 61, shared his woes with fans during the night as he posted to Twitter at around 2.30am while struggling to sleep.

He wrote: ‘In that Twilight Zone between Night time and Morning. Anyone else find these hours the worst…. particularly if you suffer chronic pain?’ 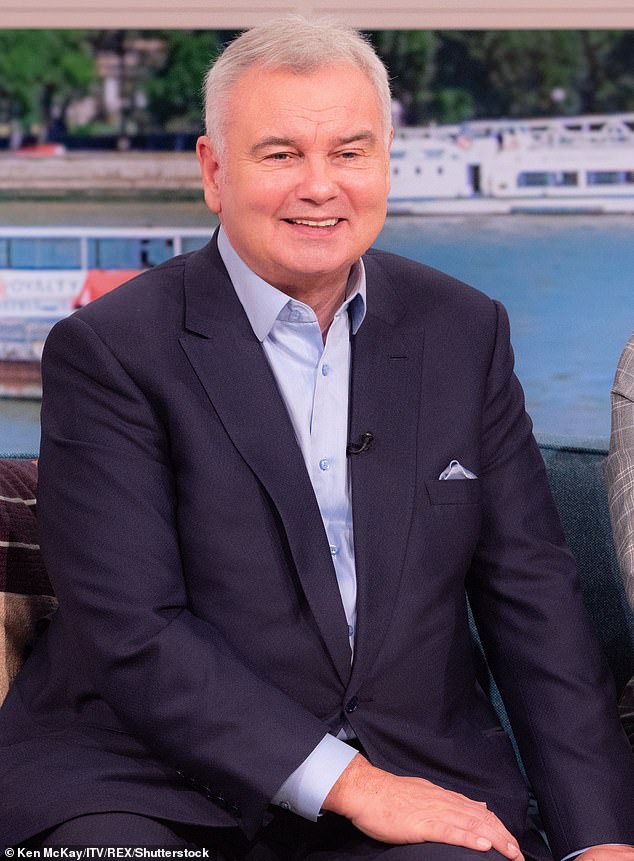 Candid: Eamonn Holmes revealed he has been suffering from ‘chronic pain’ which has caused insomnia in a series of late night tweets on Friday (pictured in October)

Eamonn admitted that the ‘night is worse’ and he feels there is ‘no escape’ from the pain he is suffering.

Replying to one fan, Eamonn added: ‘I just want people who suffer to know there are others and maybe they can talk to each other and swap advice on here?’

The media personality chatted to several of his followers on the social media platform who were also struggling to sleep in the early hours.

Eamonn has been candid about his health in the past and openly discussed his double hip operation in 2016, even revealing he feared he would die during surgery. 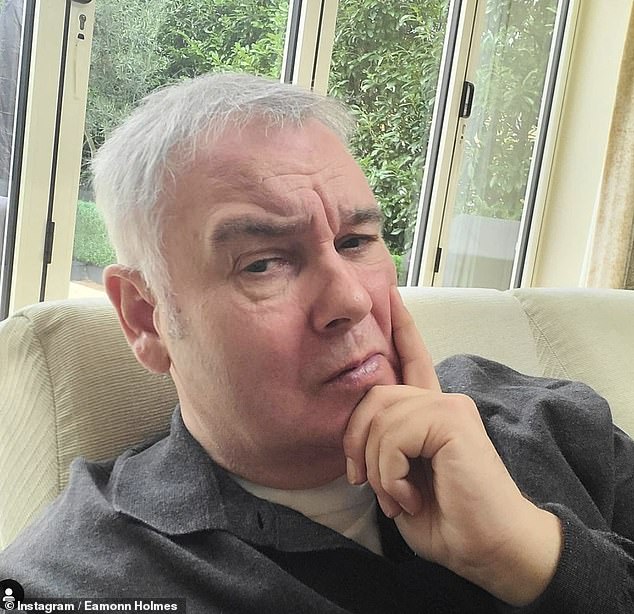 ‘Anyone else find these hours the worst?’: The TV presenter, 61, shared his woes with fans as he posted to Twitter at around 2.30am while struggling to sleep (pictured in January)

Candid: Eamonn opened the conversation to his followers, with many replying saying they too were struggling to get to sleep

Response: He replied to one fan saying he ‘wants people who suffer to know there are others’ so they can share tips and advice

‘Night is worse’: In another response, Eamonn said the twilight hours are the toughest

Struggle: Eamonn agreed with another follower saying there’s ‘no escape’

Speaking in 2017, he told the Daily Star Sunday: ‘It was a very depressing week when I had it done. I remember Sky News rang me and said, “Have you heard about Terry Wogan?”

‘And I was going under the knife that week. It was very foreboding. I was not very optimistic about the whole thing.

‘Ruth [Langsford, his wife] said to me, “Do you have to have both of them done?” She was worried about losing me.’

Eamonn finally went under the knife after enduring 25 years of pain in his hips, back and legs. He even discussed how the pain had affected his career, with the TV host turning down some work if it meant he’d have to stand up for long periods of time.

What is chronic pain?

Chronic or persistent pain is when pain continues for more than 12 weeks despite medication or treatment to try and alleviate suffering.

People who suffer from diabetes, arthritis, irritable bowl or fibromyalgia are among those who can also experience chronic pain.

Ways to help manage pain include pacing yourself, finding ways to relax or reduce stress, taking medication and exercising regularly.

Physical therapy is also another treatment option. This can include manipulation, stretching exercises and pain-relief exercises.

The NHS also recommends trying to go to work despite feeling pain as this activity might distract from pain.

Charities Pain Concern and Action On Pain can also give more information and advice.

The presenter took back to the airwaves just 10 weeks after having his double hip operation.

And after recovering from the procedure, which he’d been avoiding since he was 36-years-old, Eamonn admitted he’d got a ‘new lease of life’

Eamonn has also spoken in the past about the panic attacks he suffered after the sudden death of his father.

The presenter’s father Leonard died suddenly of a heart attack when he was 64, which left Eamonn plagued with guilt that they didn’t say goodbye. 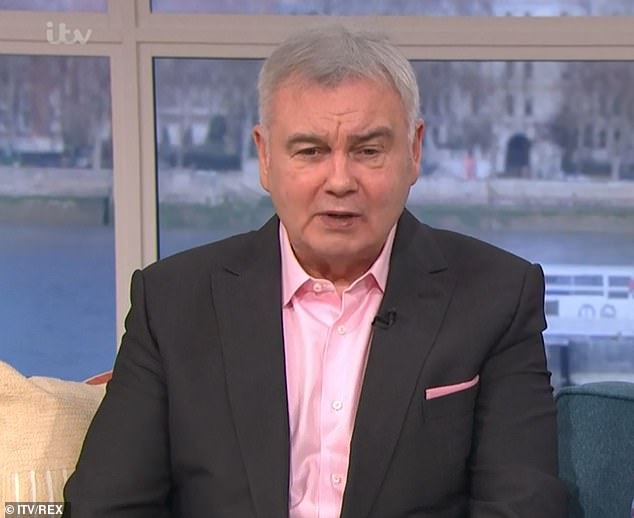 Open: Eamonn has been candid about his health in the past and openly discussed his double hip operation in 2016, even revealing he feared he would die during surgery (pictured in February)

Speaking on This Morning in 2018, Eamonn said he once suffered a panic attack live on air while presenting breakfast TV, which he struggled to cover up, and even had to be hospitalised twice.

Eamonn hasn’t had a panic attack in 27 years, which he says is a result of him telling himself he was going to be fine.

He explained: ‘I’ve had a number of panic attacks, thank goodness it was 27 years or so ago… I thought I was going to die, my coping strategy was to realise I’m not going to die, but I would never have associated it with a mental problem.’

Eamonn has realised in retrospect that he may have been suffering them because of his father’s untimely death.

He continued: ‘I think looking back on it, it was a result of the sudden death of my father and not being able to say goodbye to him. I associated being away from home with bad things.’ 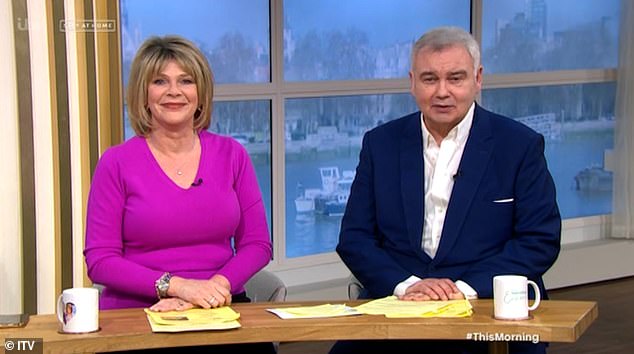 Couple: Eamonn and wife Ruth Langsford married in 2010 after meeting in 1997. They have one son together, Jack (pictured on This Morning)