Eiza Gonzalez and her boyfriend Paul Rabil proved they are not just a good match romantically, but also when it comes to their fashion.

The couple were spotted out on the streets of New York in matching white.

Eiza, 30, wore a white button-down blouse that extended far beyond her slim waist to cover part of her legs as well. 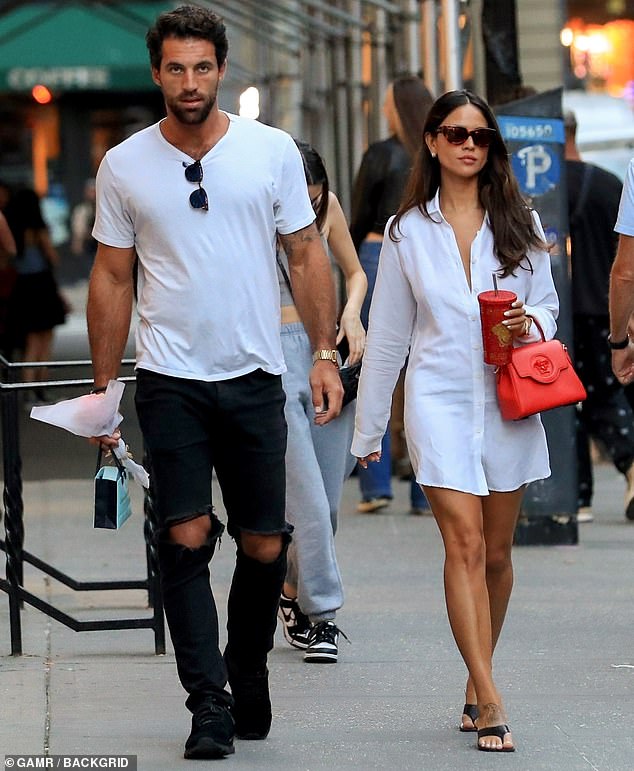 Pulling off white after Labor Day: Eiza González, 30, stepped out on to the streets of New York with her boyfriend, Premier League Lacrosse star Paul Rabil, 35, in an all-white outfit 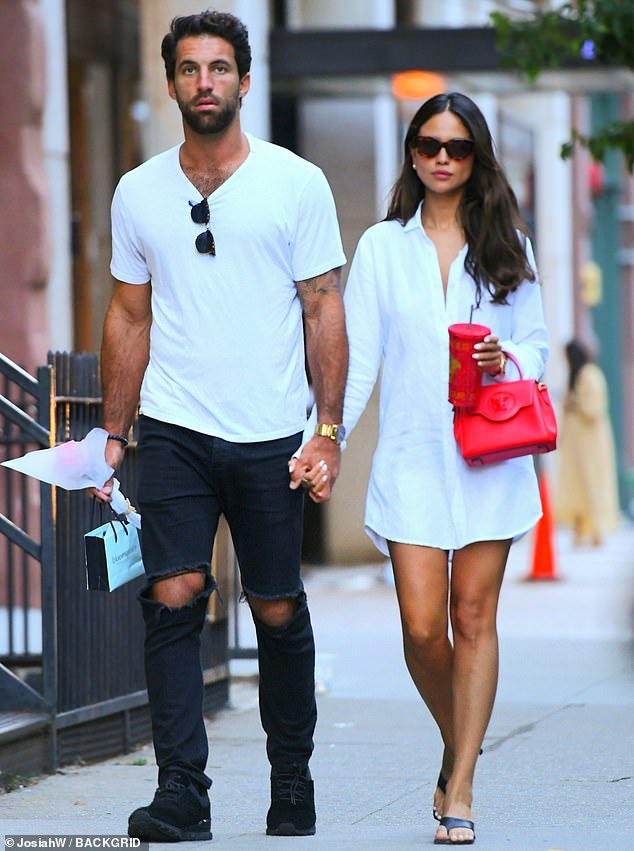 A splash of color: The actress accented her outfit with a bright red handbag

She accented the outfit with a red handbag and parted her hair down the middle.

The pair have been dating for several months now. Rumors of the two of them started floating around after a party in May where the two were seen together.

An insider told Page Six at the time, ‘It was clear they are a couple and have been dating for a little while.’ 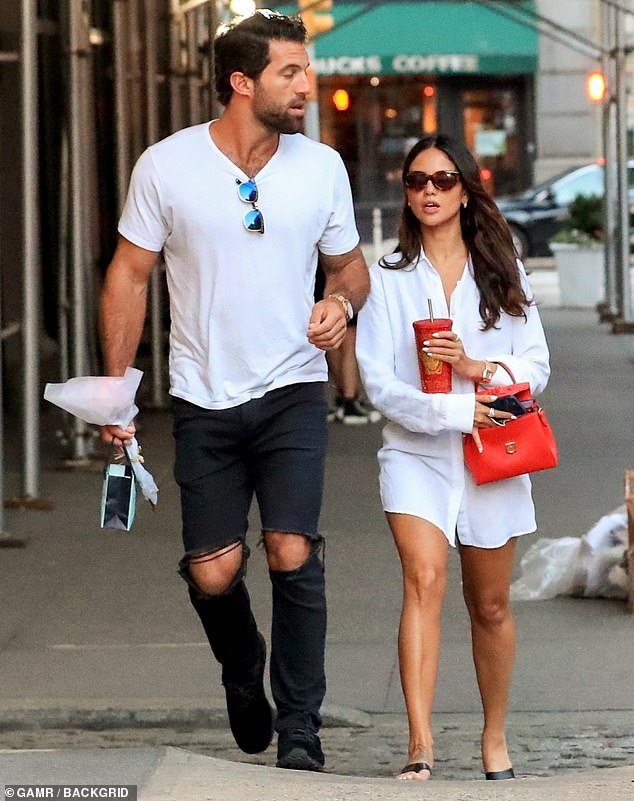 Clearly a couple: The pair were seen at a party together in May and an insider told Page Six at the time, ‘It was clear they are a couple and have been dating for a little while.’ 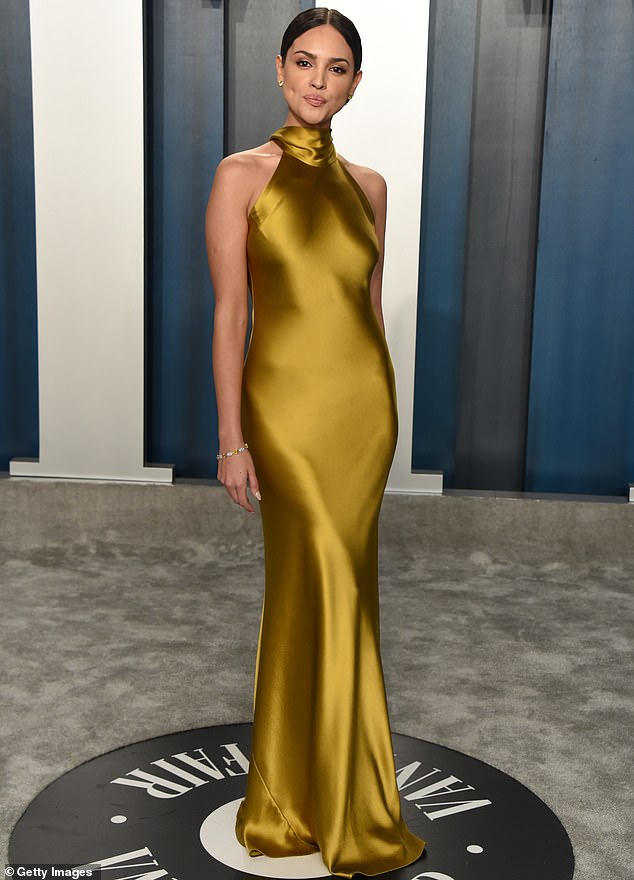 Famous flames abound: The Baby Driver actress, seen here in 2020, has been linked to people like Timothée Chalamet and Josh Duhamel in the past

The Baby Driver actress later made the news official via a post to her Instagram story in July that read, ‘Congratulations to the Lacrosse [goat] on becoming all-time leader with the most points/goals in pro lacrosse history!!

‘I love you [Paul]. No one works harder than you.’

González has been linked to some big stars in the past including actors like Timothée Chalamet and Josh Duhamel.

Rabil was previously married to another lacrosse player named Kelly Berger from 2014 to 2017. 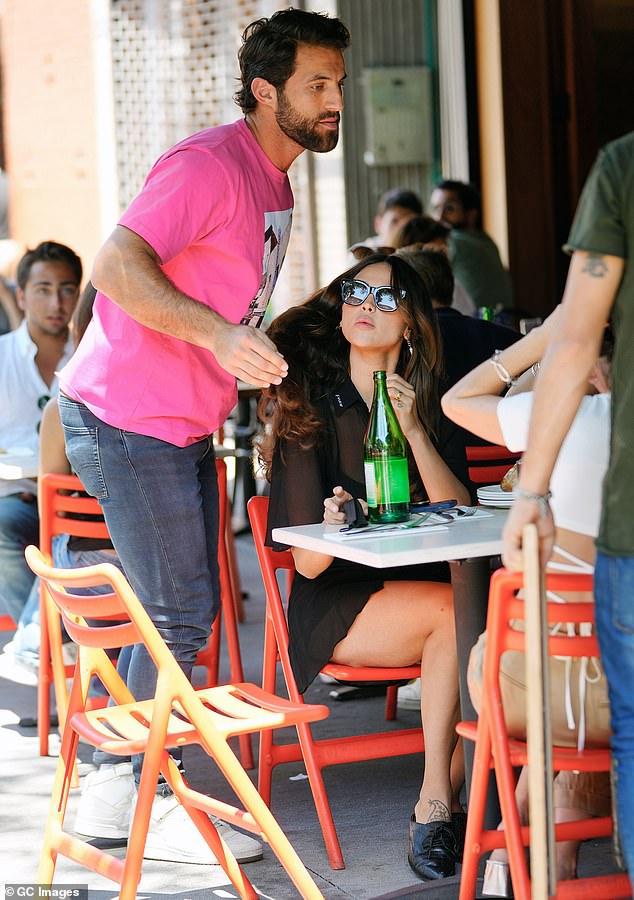 Not his first serious relationship: Rabil was married once before from 2014 to 2017 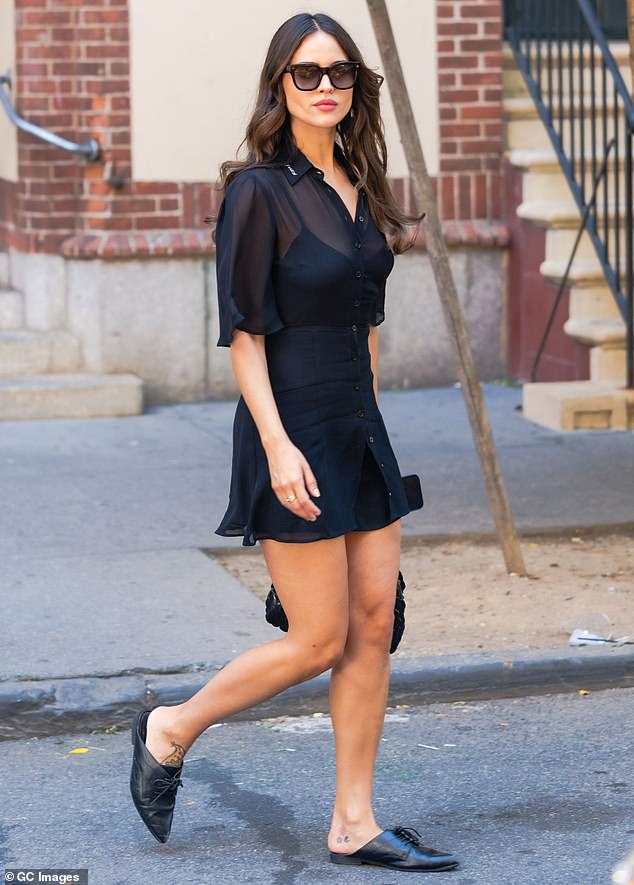 A busy star: González has worked on a number of projects recently including Ambulance, the upcoming Michael Bay film

With Rabil and González’s romance budding, the Hobbes & Shaw actress has also stayed busy in her career.

She appeared in three films that came out this year, and she spent some time earlier this year filming her next movie, Ambulance.

In the movie, two robbers steal an ambulance after a robbery gone wrong. The Mexico City native will play an EMT in the film.

Ambulance will star Jake Gyllenhaal and Yahya Abdul-Mateen II of Aquaman fame as the two robbers.