Jesse Lingard has hailed his loan move to West Ham for giving him a ‘new lease of life’ ahead of his potential return to England’s starting line-up on Thursday evening.

Lingard has flourished on loan at the London Stadium after finally ending his Manchester United nightmare, scoring five goals and creating three assists in just seven matches for the Hammers.

And the winger’s fine form, after a long time in obscurity at Old Trafford, recently saw him rewarded with a recall to the Three Lions set-up for their upcoming World Cup qualifying triple-header – starting at Wembley against San Marino on Thursday. 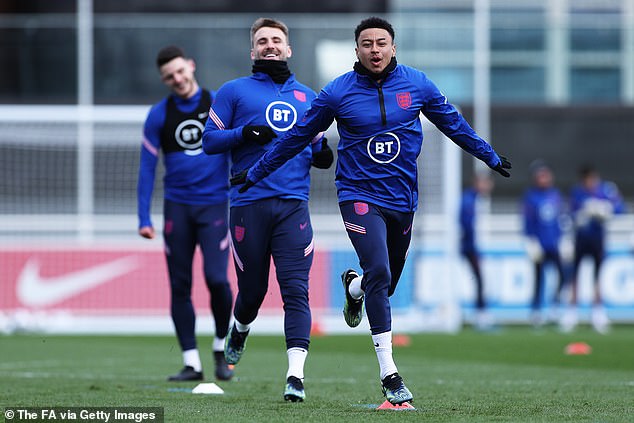 And Lingard has since hailed the role his switch to the Hammers has played in helping him get back into the England fold – with his last cap coming against Switzerland in the UEFA Nations League third-place play-off in 2019.

When asked if a move to West Ham transformed his international chances, Lingard admitted to the FA: ‘One hundred per cent, it’s a bit like a new lease of life. I’ve moved to London, which is different, different group of lads – all the lads are brilliant at West Ham, they’ve welcomed me with open arms.

‘The staff have been great and the whole club, the whole set-up is really good. I’m playing week in week out and I’m doing something that I love so, for me, it’s been perfect. Like you say, it’s a new lease of life.

‘I think [getting back in the England squad] was always in my mind. I love playing for my country. I’ve already missed half a season and had to really start very quick with West Ham and do the best I can to try and get in there.

‘It’s just about believing and doing well for West Ham – scoring, assisting, winning games – and I think obviously you know that’s what warranted me a place here, just being on form. 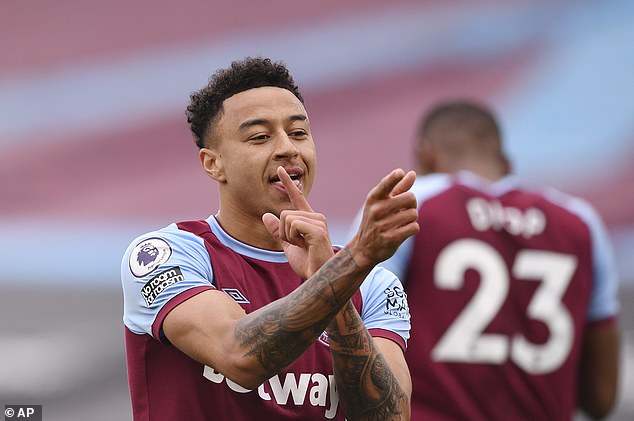 ‘When I went on loan to West Ham I had a lot of targets written down. Certain ones I’ve hit already and I will continue that for the rest of the season so it’s just about having the right mindset and right focus – coming to West Ham and trying to help out the team, trying to fight for Europe, and I also have individual targets as well.’

Lingard also revealed Gareth Southgate had played a huge role in him opting to join West Ham on loan ahead of a host of European clubs, who were also on the hunt for his signature.

Lingard had failed to make an appearance for United in the Premier League this season, and knew he needed a fresh change if he was to have any hopes of making England’s squad for this summer’s Euros.

‘Gareth has shown a lot of support and a lot of belief in me,’ Lingard added. ‘He was the first one to give me my England debut, which I’m proud of and I still kept in contact with him, even though I wasn’t playing, just to get his advice on what I should do. 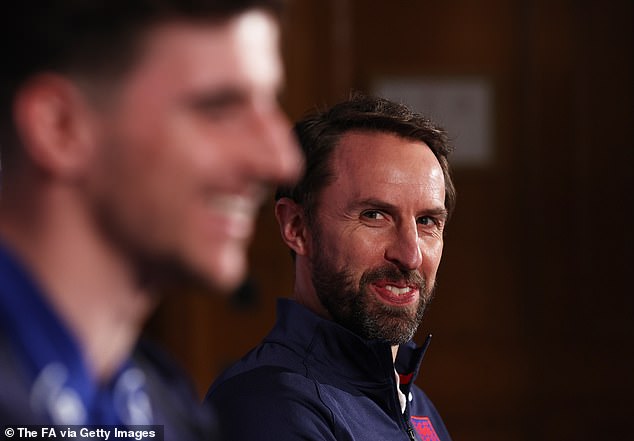 ‘We carried on speaking and then the loan happened, so I didn’t speak to him after the loan, it was just about me working hard for West Ham and trying to get the call-up.

‘I just wanted to go out and play regular football and try and do the best I can and obviously the stats speak for themselves and all I can do is keep scoring goals, assist in helping the team and when England came knocking it was a brilliant opportunity.’

After hitting the ground running in east London, Lingard is hoping he continues his rich vein of form for his country.

‘I mean I’m full confidence at the moment, the performances I’ve been doing for West Ham, hopefully I can bring them [to England],’ he added.

‘But I have got to stay confident and still believe in myself to do the best I can to help the team.’