England’s World Cup qualifier against Albania on Sunday is at risk of being cancelled due to fears over the lack of police security, the Albania FA have said.

Gareth Southgate’s men were due to face Albania in a Group I clash for the Qatar tournament next year in the country’s capital of Tirana on Sunday.

But in a statement released to Albanian Daily News, the Albanian Football Association (AFA) said the safety of both sides could not be guaranteed and that cancelling the fixture would have ‘catastrophic’ consequences for the country. 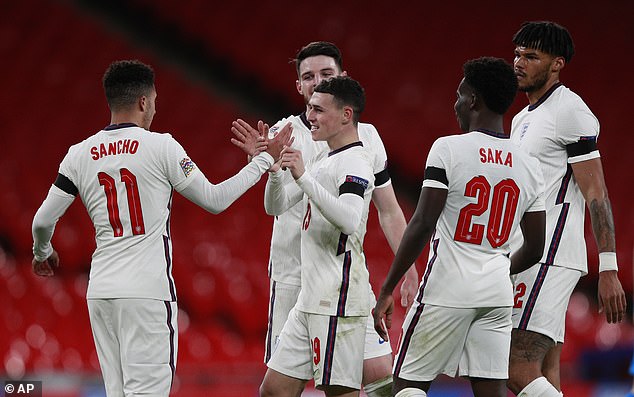 ‘Faced with the situation where the state authorities did not react after the request of the AFA for the release of spaces on the perimeter of the National Stadium, we request urgent response to these structures.

‘The cancellation of the Albania-England match would have catastrophic consequences for the image of our country, the National Team and in general for Albanian Football.’