By Jack Gaughan for the Daily Mail

Given England’s chequered history in the European Under 21 Championship, this year’s unusual schedule might work in their favour.

The group stage runs over the next week out in Slovenia, with the knockouts not until the summer. There is no chance of overthinking things.

Often excessively talked up going into tournaments, England have only progressed beyond their group once in the last five tournaments. 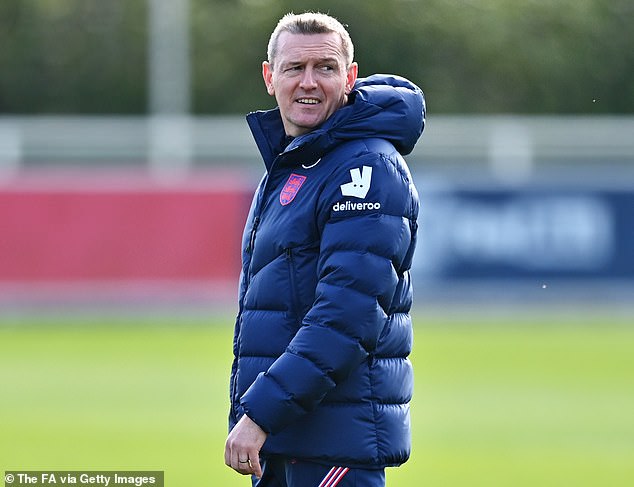 The short-term focus is improving that record, starting on Thursday against Switzerland before tough assignments with the fancied Portuguese and Croatia.

But they do not go into this first game subconsciously mapping out a route to the final, which is more than two months away.

Comparisons with the failure of 2019 are rightly drawn, a wretched early exit pockmarked by own goals, defensive errors and the fallout from the talented squad’s perceived ‘arrogance’, to use the words of then FA technical director Les Reed.

‘This is a humble squad, they appreciate where they are,’ manager Aidy Boothroyd said. ‘The easiest way to say it is they fold the kit up and put it in a nice place, whereas the ones before didn’t. 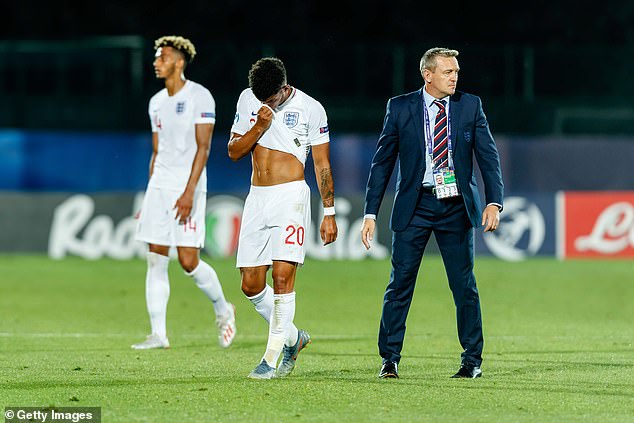 It might sound trivial but it’s important. That is not to say the last group were wrong’uns. Sometimes you’ve got to get it wrong to get it right.

‘I think I learned a lot from last time actually. The key learning for me was the balance of that squad. Some of it was unfortunate because we lost key players, the leaders. We haven’t had that this time.’

All five are now in the senior reckoning and the FA will view that as vindication of their honed pathway, something also evident in Reece James, Bukayo Saka and Jude Bellingham’s recent senior call-ups.

England always have ability at their disposal and Boothroyd has bristled at suggestions that this squad is not quite as well-stocked with obviously gifted individuals. 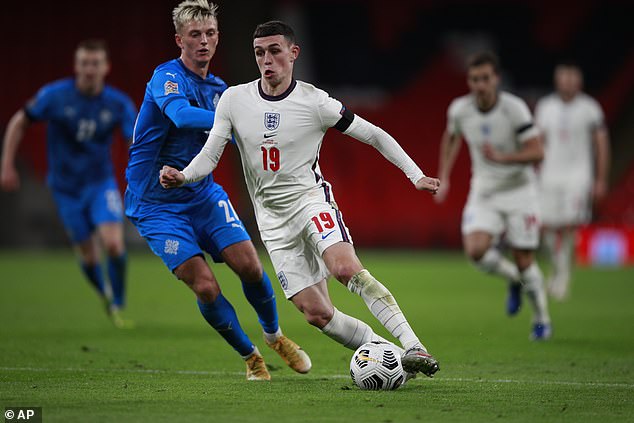 They start with Eddie Nketiah as their captain. He is the country’s record goalscorer at this level with 16 goals in 14 games, but he has been given very few opportunities by Mikel Arteta at Arsenal recently; Nketiah has not been involved in any of their last eight Premier League squads.

Boothroyd has made a point of contacting the striker on matchdays when he is training alone. He is concerned at his skipper’s lack of minutes but Nketiah is ‘raring to go’.

‘It’s very nice of him to go out of his way,’ Nketiah said. ‘He’s been great with me. I’m grateful for the chance to perform and have a smile on my face again. I just want to play football. I want the team to do something special.’