Gareth Southgate is ready to hand Mason Mount his seventh straight international start in Wednesday’s crucial clash against Poland as the midfielder cements his place as one of England’s untouchables.

Having started last Thursday’s win over San Marino, Mount was back in the team for Sunday night’s victory in Albania and scored England’s second goal.

Southgate has been careful to manage his players’ workload in training and matches to protect them from fatigue and injury.

But the England boss has indicated that the Chelsea midfielder will be in his starting XI for Wednesday’s pivotal World Cup qualifier against Poland at Wembley.

When asked whether he’d consider starting Mount again against Poland, Southgate responded: ‘Absolutely, we’ve looked after all the players in the first game.

‘As for his load coming into the camp, he didn’t play in the midweek in the Champions League. But regardless of that, we are trying to win and qualify for a World Cup and I can’t be constantly thinking about rotating the squad.

‘We’ve got a lot of players missing and we’ve tried to protect our forward players through that first part of the week. Now we have just got to try and win the games.’

Southgate waxed lyrical about Mount’s contribution last night and, on his emergence as a key figure in his plans, added: ‘He is a very good player. I was saying this in the autumn, but I suppose now Thomas Tuchel is picking him everyone will agree. When it was Frank Lampard it didn’t count for some reason. 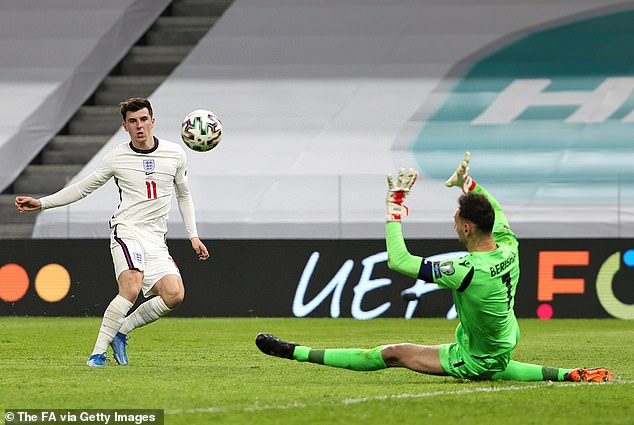 ‘He is an exceptional player, he finds space intelligently, he manipulates the ball very well, he creates chances and he scores goals. I thought his performance was excellent tonight.’

England dominated Albania for the most part but Southgate was not entirely satisfied with his team’s performance.

‘We controlled the game very well, but we should have scored more,’ said the England manager. ‘I didn’t like the way we controlled the last 15 minutes, there were some decisions that needed to be better to either score more or not invite pressure.

‘I’m very pleased with two good performances but I’m pushing for a bit more because that’s the standard we want to set to be a top team.

‘We have to keep pushing this group. There’s lots of talk about what we might be, but if we want to deliver we have got to have really high standards. We enjoy winning but I think we can improve.’ 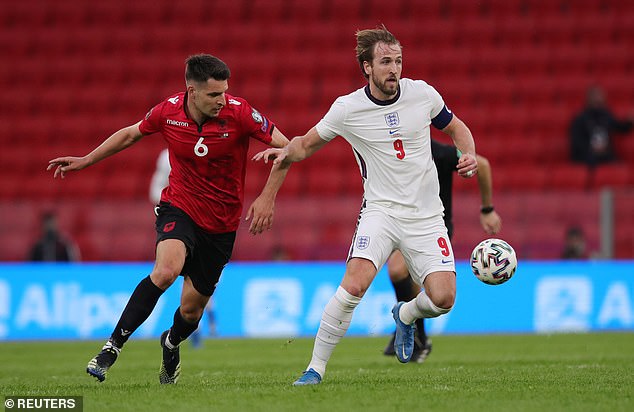 Yet his role within the team, particularly his tendency to drop deep, was a key talking point following the win.

‘Harry is exceptional dropping deep,’ said Southgate. ‘It was difficult to find space in the first half, so he dragged their centre back out and created space for others.

‘I like that part of his game. He helps to overload the midfield and as long as we get runners going in to exploit that space it’s not a problem.’