By Peter Carline for MailOnline

The FA have confirmed they are in talks with the Jacksonville Jaguars to host NFL games at Wembley.

The Jaguars, owned by Fulham supremo Shahid Khan, have played a game each season at the national stadium since 2013 before Covid-19 saw the postponement of the NFL’s international programme.

This week the NFL announced plans for each of its 32 teams to play overseas from 2022, with at least four fixtures at a neutral site each season. England has played host to games since 2007 and Mexico since 2016. 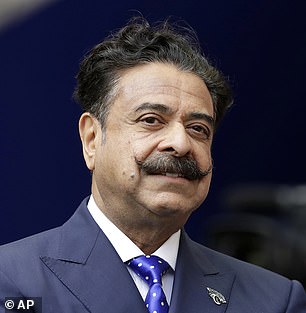 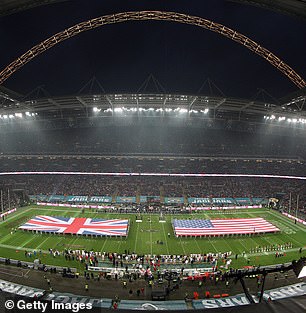 The four-game slate would see two games a season hosted at the Tottenham Hotspur Stadium as part of the 10-year deal signed in 2018.

With the NFL looking to expand into Canada, South America and Germany – Munich’s Allianz Arena and Berlin’s Olympiastadion are touted as venues – Wembley is outside the new plans after its deal expired last year.

But as it announced its new international programme, the NFL said: ‘interested clubs can continue to volunteer to play home games internationally, as is currently the case’.

In a statement, the FA told Sportsmail: ‘We remain in ongoing, positive discussions with the Jacksonville Jaguars about hosting future games at Wembley Stadium, so are not in a position to comment further.

‘The FA maintains good relationships with the NFL and the Jacksonville Jaguars having enjoyed over a decade of hosting games at Wembley Stadium.’ 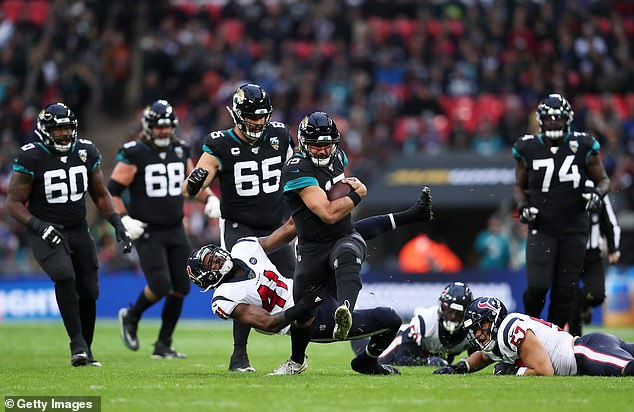 Khan tried to buy Wembley for £600million in 2018 and rumours have regularly swirled about his desire to relocate the Jaguars to London.

‘Our annual home games in London have strengthened our franchise … and established the Jaguars as the team to follow in London, UK and Europe,’ the franchise told Sky Sports.

Chris Halpin, the NFL’s chief strategy and growth officer said: ‘Our Wembley deal did expire after the season. The NFL and the Jaguars are in productive conversations with Wembley. They have been a great partner and a core part of the NFL UK experience. No agreement there yet, but productive continuing dialogue.’

After the NFL announced its expanded 17-game 2021 season, the schedule is due to be announced in May.

Before the Super Bowl, NFL commissioner Roger Goodell said the league are planning to play games overseas, if it is safe to do so with the pandemic. 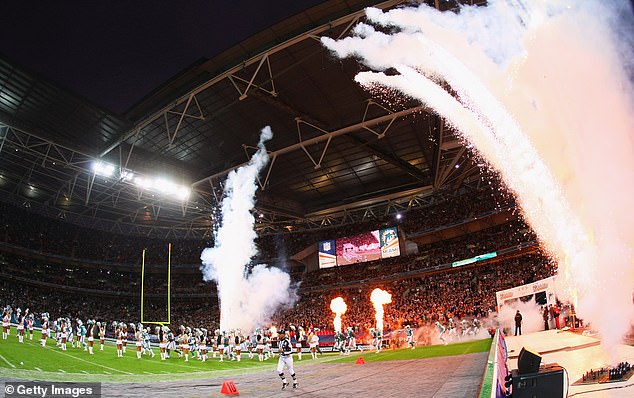 ‘We are planning for international games in 2021, that’s the approach we’re going to take,’ he said.

The NFL has played 31 games overseas – 28 in England and three in Mexico.

Wembley hosted one game a season until 2013, when a double-header was introduced. Two games swiftly became three in 2014, with the slate expanded to four in 2017.

The following year, that was reduced to three games a season before Wembley and Tottenham hosted two games apiece in 2019.

In 2020 there were plans for the Jaguars to play back-to-back games at Wembley on consecutive weekends amid a four-game slate. 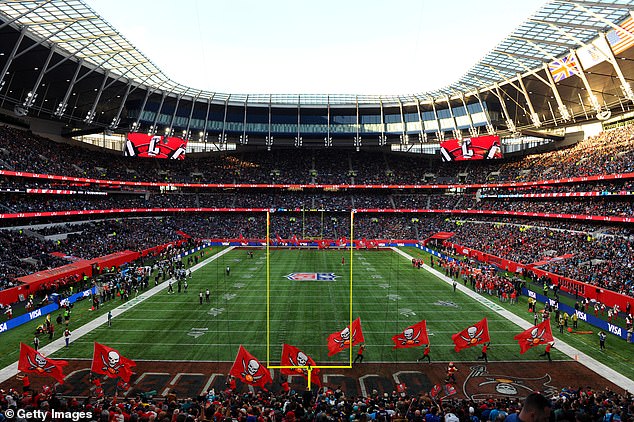 The NFL expanded into Mexico in 2016 with three games hosted at the Azteca Stadium. That should have been four, but the 2018 encounter between the LA Rams and the Kansas City Chiefs was switched to Los Angeles due to concerns about the pitch.

With players complaining about the playing surface at Wembley – and the size of the locker rooms at Twickenham – the NFL joined forced with Tottenham.

The state of the art stadium – featuring a retractable playing surface and the largest away locker rooms in the NFL – is a home from home for the NFL.