The last time they met it was Paris in the autumn and Tommy Fleetwood was achieving a slice of Ryder Cup history with his partner Frankie Molinari as they demolished Bryson DeChambeau and Tiger Woods.

Nothing resembled that momentous occasion at the WGC Match Play Championship on Friday, barring the fact that Fleetwood, at the end of a nerve-shredding back nine against a charging DeChambeau, came up with a par four at the 18th so wondrous he might also recall it in his dotage.

How it ever came to such heroics only Fleetwood could probably explain, given he was four up after seven holes. 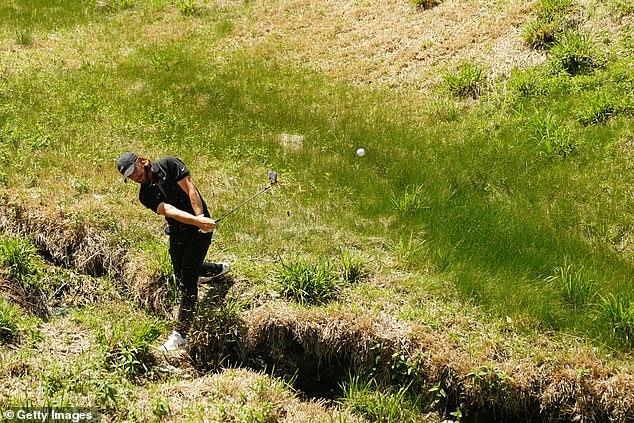 The idea that DeChambeau would make such a match of it would have attracted odds akin to San Marino winning a World Cup qualifier.

It was as one-sided as it had been at Le Golf National in 2018, when the Europeans became the first pair to win four points out of four with a 5&4 dusting.

Even a couple of unforced errors this time from the Englishman didn’t appear as if they would prove decisive.

He missed an eight-foot putt at the ninth to go four up and then handed the par-three 11th to his opponent when his tee shot found the water.

DeChambeau, however, failed to take advantage, and was still three down with five to play having failed to muster a single birdie.

It is a characteristic that all the great players share that they never give up. DeChambeau’s first birdie at the 14th was followed by a Fleetwood error at the 15th.

At the par-five 16th, DeChambeau struck a 380-yard drive and found the green with his iron approach. Fleetwood was hopelessly out of position and the match seemed destined to be all square. Fleetwood then holed a gutsy 20-footer to preserve his trimmed-down advantage.

One-up playing the short par-four 18th, it appeared all to nought when Fleetwood hooked his drive into a penalty area. 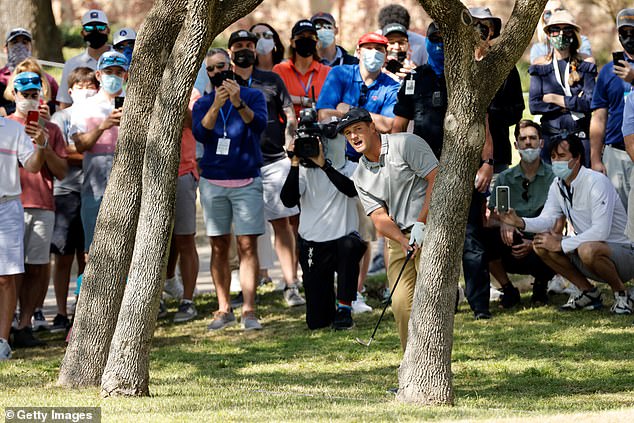 DeChambeau struck his drive to the front of the putting surface and chipped to eight feet. Fleetwood found he could play his shot but it flew the green and left him in a precarious position. But he played a marvellous pitch over a bunker, the ball finishing five feet from the hole. When DeChambeau’s putt missed, Fleetwood gratefully accepted the opportunity to claim what, in the end, was an unlikely point.

It meant he avoided a sudden death play-off against Antoine Rozner to see who won their group. The 30-year-old had progressed to the last 16 for the first time and, this morning, he will play the wily South African Dylan Frittelli.

‘It wasn’t looking great at the 18th at the end of a very scrappy back nine but that’s matchplay and I came up with an unlikely par when I needed one,’ said a relieved Fleetwood. ‘It was great to go through and let’s see if I can keep playing well and keep going.’

As for DeChambeau, this was his last competitive round before Augusta and he’s been playing well enough over the past month to write this off as one of those things at the end of a tough week.

So the gifts were handed out thereafter and duly returned until those explosive final five holes.