Francis Ngannou admits he does not recognise the fighter who lost to Stipe Miocic back in 2018.

The powerful heavyweight challenger was comfortably beaten in his first title shot but has worked his way back to the top of the pile and earned another opportunity in the headline act of UFC 260 this weekend.

Ngannou says he finds it painful to watch the first fight and feels he did not do himself justice. 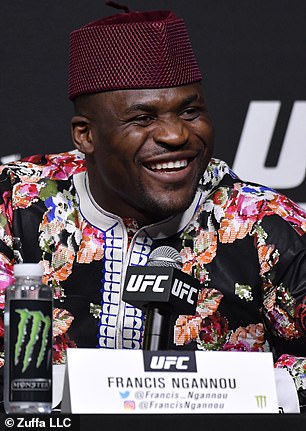 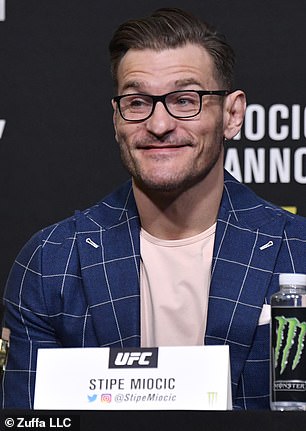 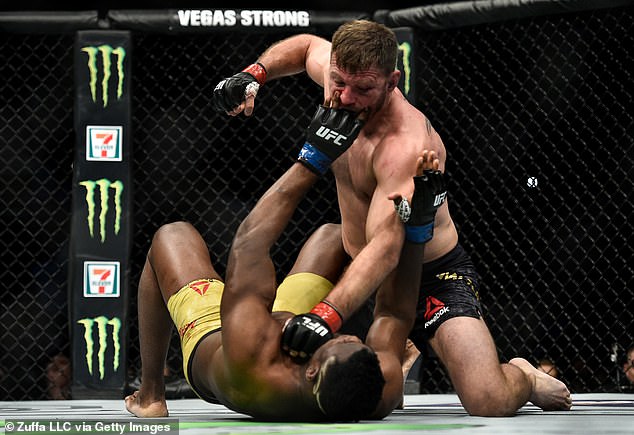 At the pre-UFC 260 press conference on Thursday, he said: ‘I remember the first fight from the preparation. I’m not taking credit off Stipe, he was the better fighter that night but I hate watching that fight because I don’t recognise myself, the way that I’m fighting, I’m rushing.

‘That guy looks like me but I don’t recognise him. I made a lot of mistakes leading up to that fight and I wasn’t myself.

‘I didn’t even have emotion in that fight, I was just there. This time, things will be different, I had enough time with my team to put everything down right.

‘I always wanted to have this fight for the title against Stipe again.

‘He made the point that he was the better fighter and I want to avenge that and prove that I’m the best. Skill wise, I have improved a lot and still have a long way to go in this sport.’ 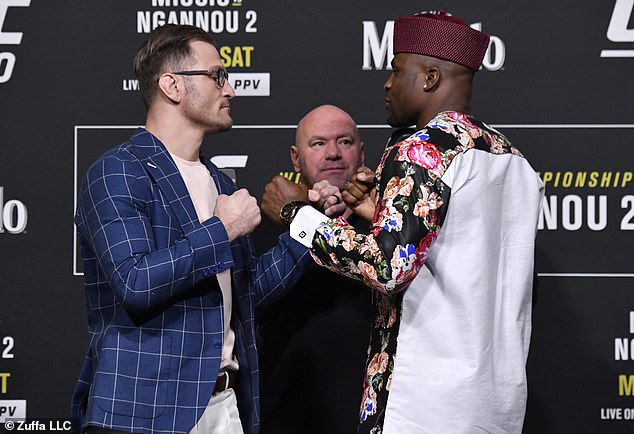 Miocic appreciates that Ngannou has developed as a fighter since their first meeting, although his wrestling has hardly been tested to he same degree.

The 34-year-old lost a unanimous decision against Derrick Lewis before going on a sensational run.

He knocked out Curtis Blayes, Junior dos Santos, Cain Velazquez and Jairzinho Rozenstruik. All of those finishes were in the first round and he fully deserves his second shot at Miocic.

But the champion, who has since underlined his status as the best heavyweight of all time, underlined his credentials with a trilogy win against Daniel Cormier. 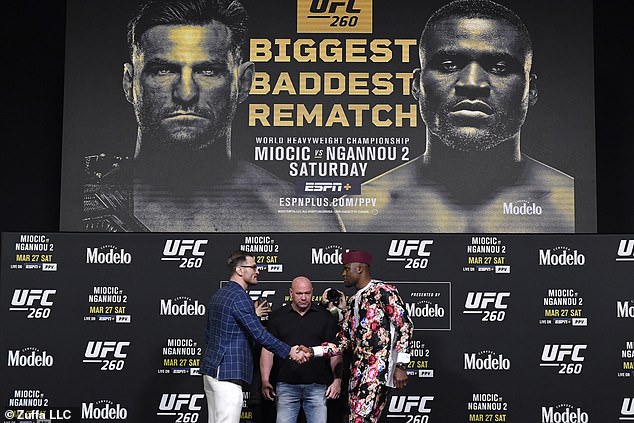 He believes he will ‘extinguish’ Ngannou for a second time on Saturday.

The champion said: ‘He’s definitely got better, we all evolve, he’s evolved and of course I knew I’d probably see him down the road after the first fight.

‘Listen, it will be a hell of a fight on Saturday. He has evolved you can tell, but I’m here to extinguish him again.’