French Montana has sold his home in Hidden Hills, California with the help of The Oppenheim Group, best known for their work on the Netflix program Selling Sunset.

The rapper obtained a total of $5million on the sale, which occurred earlier this month, as reported by the LA Times.

The hitmaker previously purchased the residence for $3.3million from fellow musician Selena Gomez, netting him a profit of $1.7million. 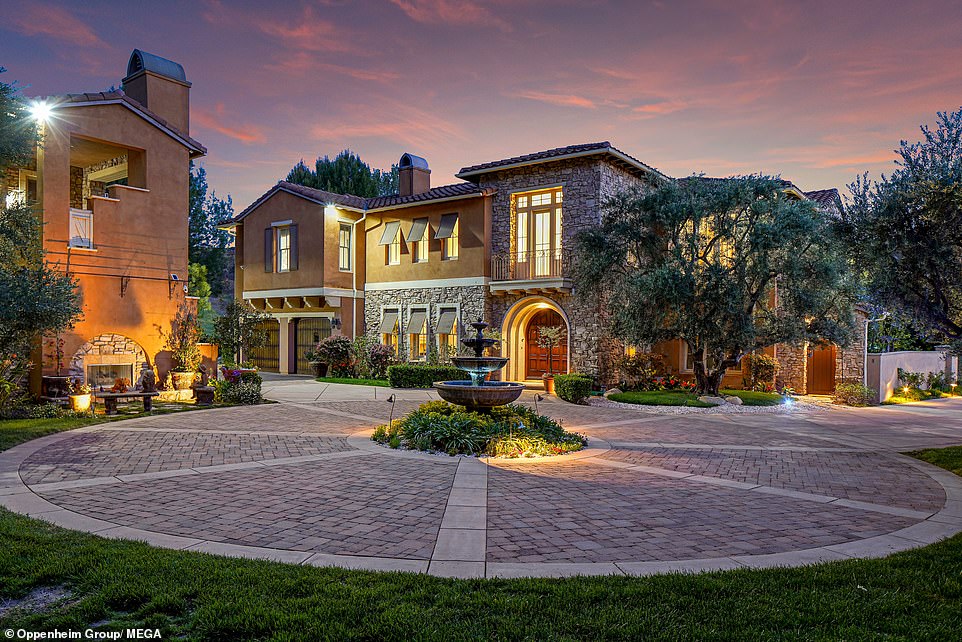 Raking it in: The rapper previously purchased the residence for $3.3 million from Selena Gomez 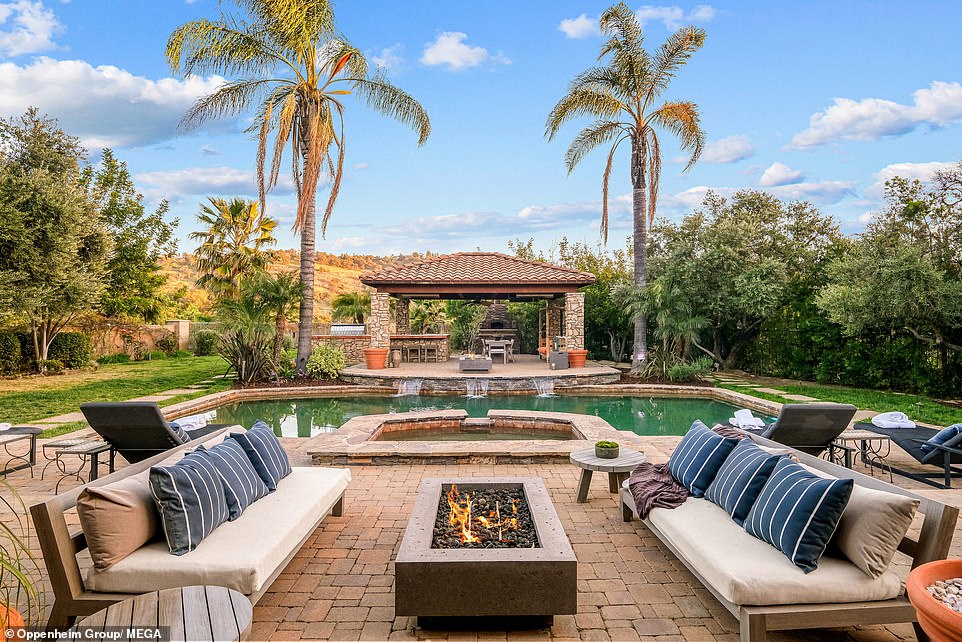 Not alone: The rapper negotiated the sale with the help of the Oppenheim Group, who are well known for being featured on Selling Sunset

The property is comprised of a palatial main house, as well as a disconnected guest house.

A spacious outdoor area includes amenities such as a pool, spa and fire pit, as well as a cooking and dining facility. 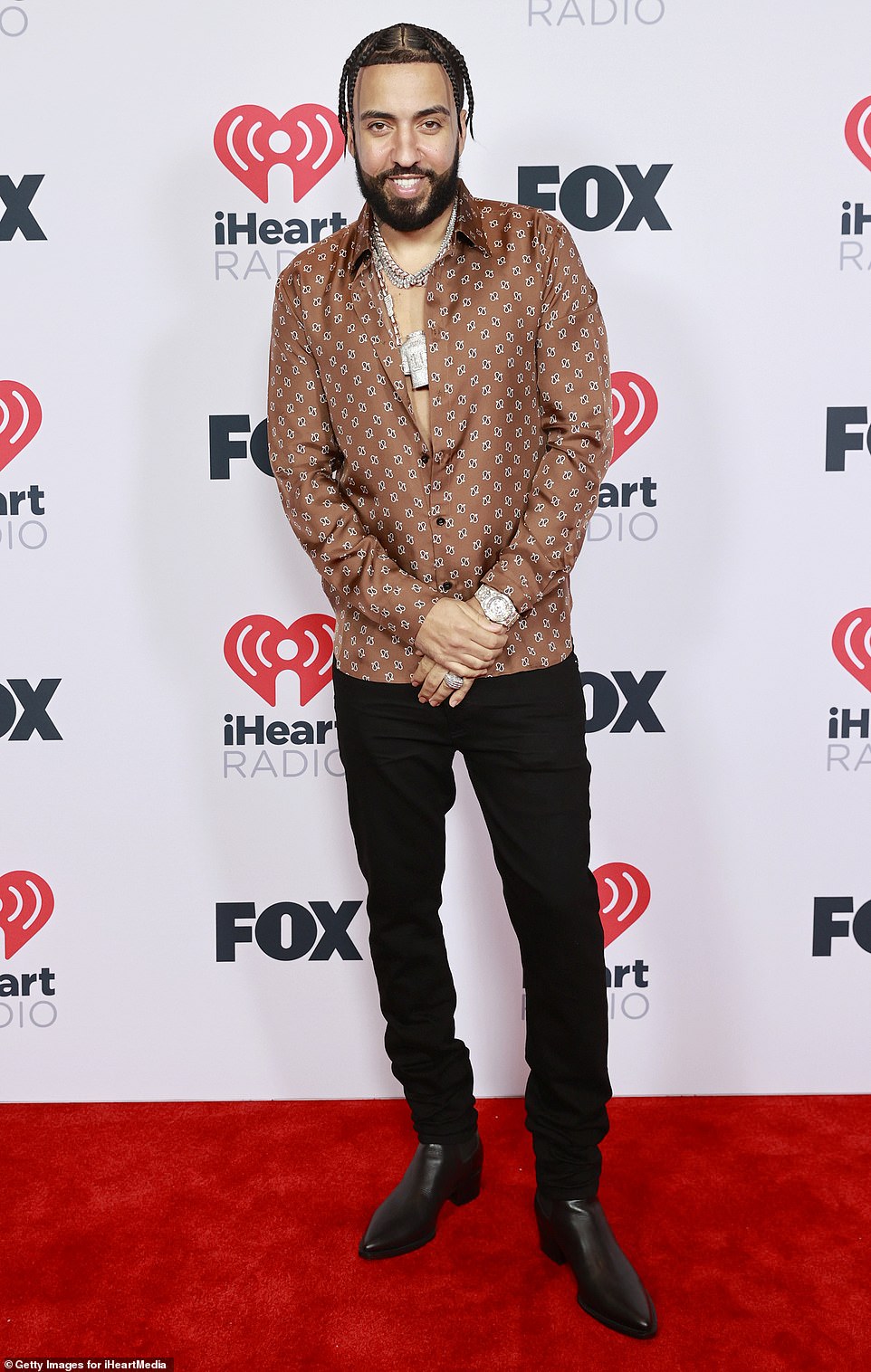 he is pictured at the 2021 iHeartRadio Music Awards

The rapper also constructed a recording studio on the property at a reported cost of $400,000.

Various spaces are included inside the home itself, including a wine cellar, media and billiards rooms, and a gym.

French Montana also made extensive renovations to the house during his period of residence and switched out various shades around the property for more neutral-toned interiors.

He also installed marble countertops and white cabinets in the previously dark-shaded kitchen. 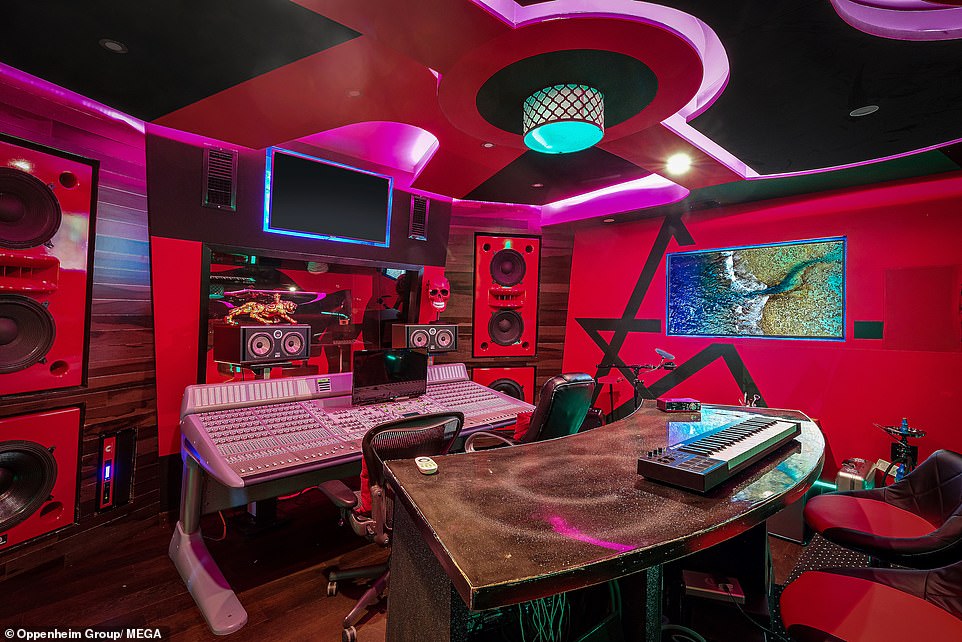 Working hard: French Montana made extensive renovations to the property, and built a state-of-the-art recording studio on its grounds 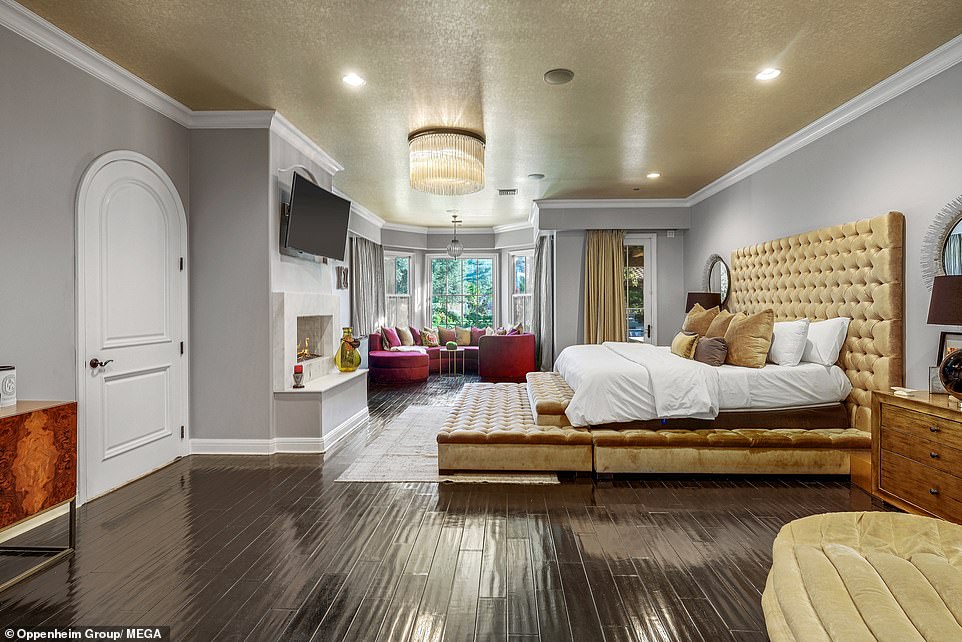 Making changes: The performer also switched out the estate’s more vibrant colors for neutral tones in several of its rooms 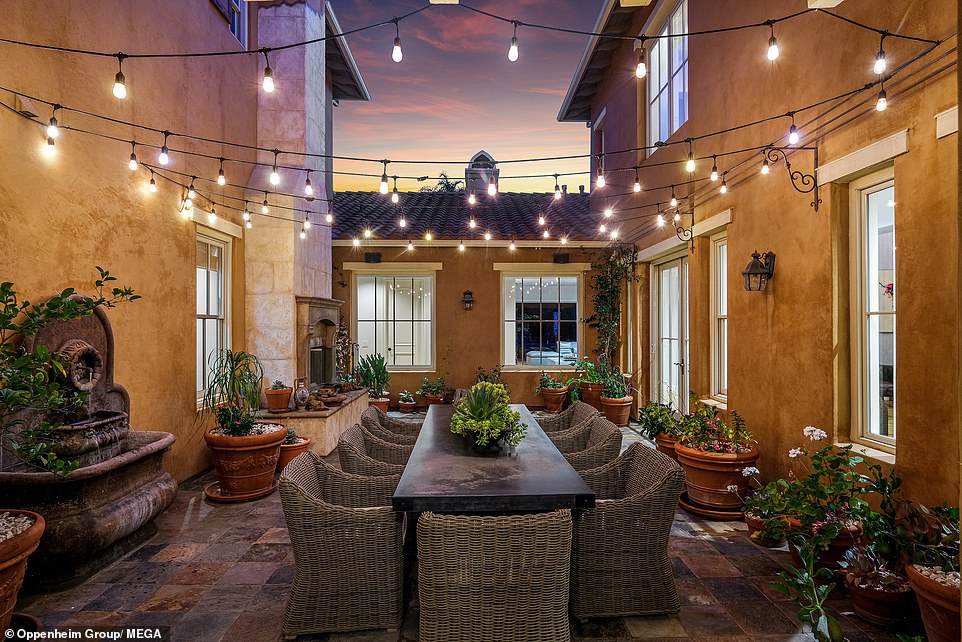 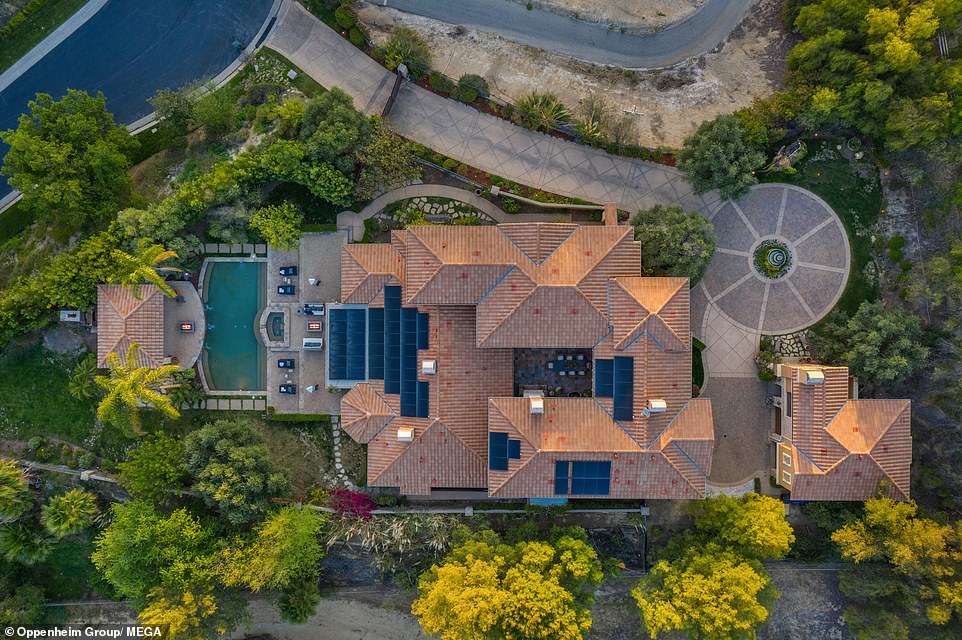 During a sit-down with FUBAR Radio, Selling Sunset’s Mary Fitzgerald revealed that her client might make an appearance during the program’s fourth season.

Specifically, the media figure noted: ‘I think he probably will, yeah. He’s open to it.’

This past December, it was reported that the musician had dropped $8.4 million for a new 1.35-acre estate in the community, where his ex, Khloe Kardashian, currently resides.

The property was previously owned by NBA star Paul George and was obtained for $1.1 million under the original asking price, according to Variety. 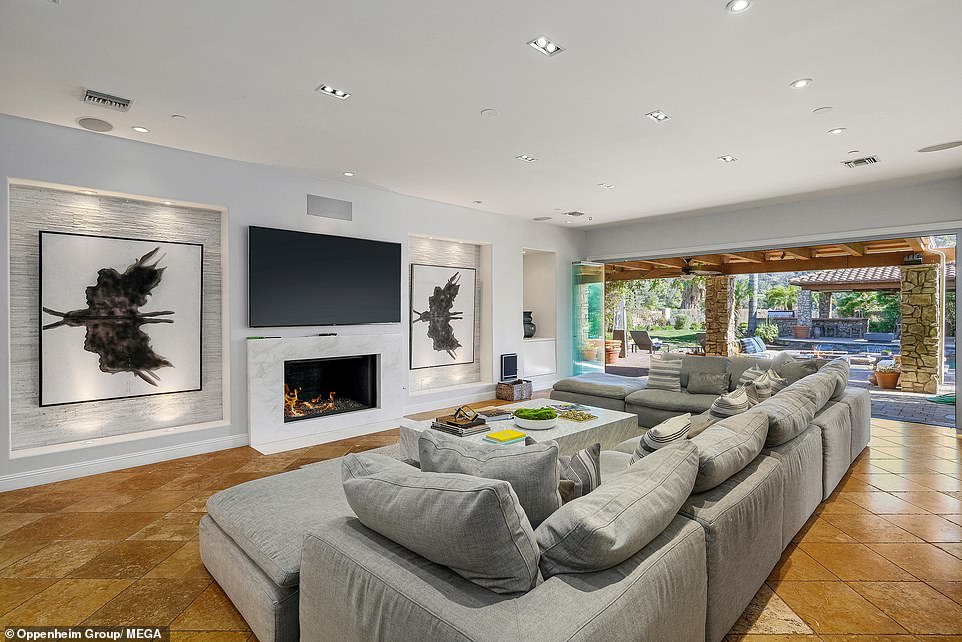 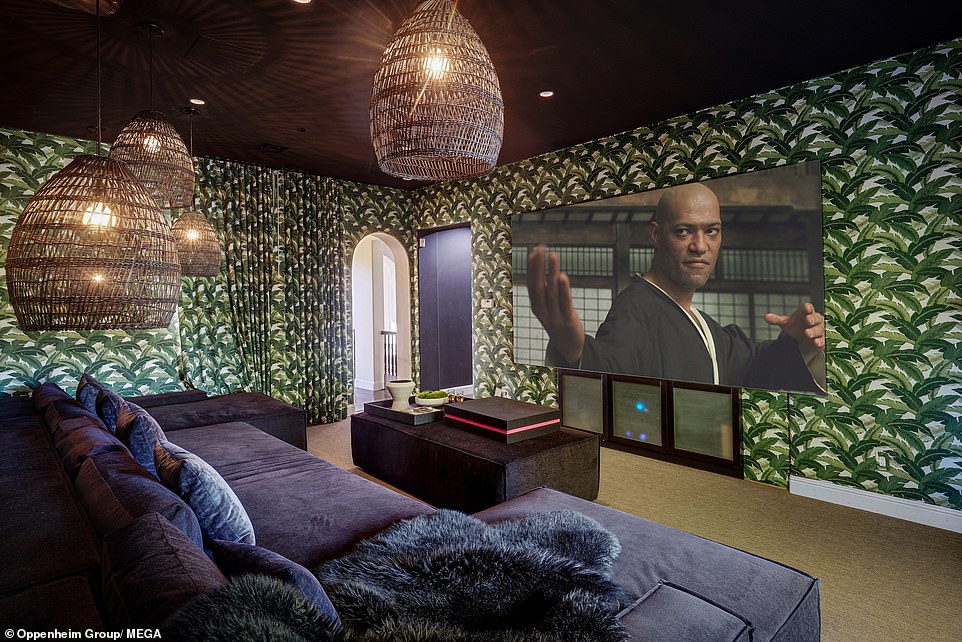 Hanging out: The property also features media and billiards rooms