England manager Gareth Southgate is happy with his midfield options despite the absence of Jordan Henderson.

Liverpool captain Henderson could be a doubt for this summer’s European Championship due to a groin injury. 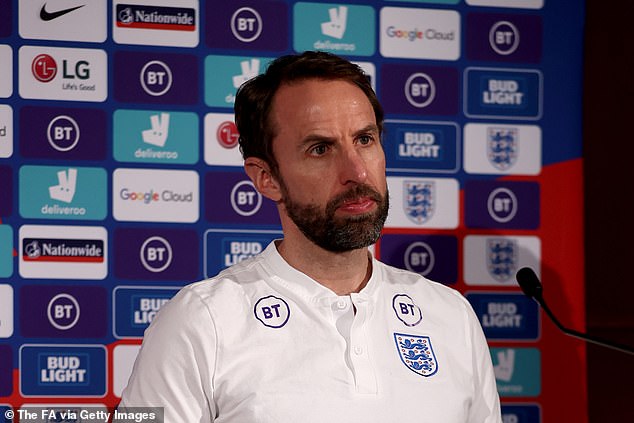 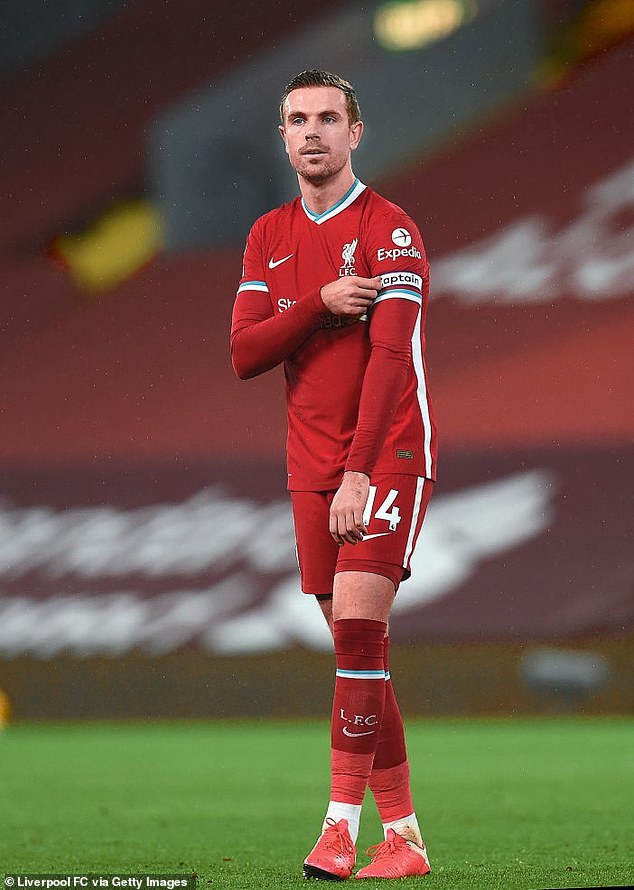 Chelsea playmaker Mount and West Ham midfielder Rice are close friends from when they were young.

‘They did very well in the game we played against Iceland,’ said Southgate at his pre-match press conference.

‘Obviously that deeper position, Mason doesn’t play for his club but I think it’s possible for him. He’s a very intelligent player, he can play four, eight or 10. I think he would be able to adjust as required.

‘There’s no doubt the balance of those two is good. But equally James Ward-Prowse was good (against San Marino) the other day and Kalvin Phillips is in excellent form as well. 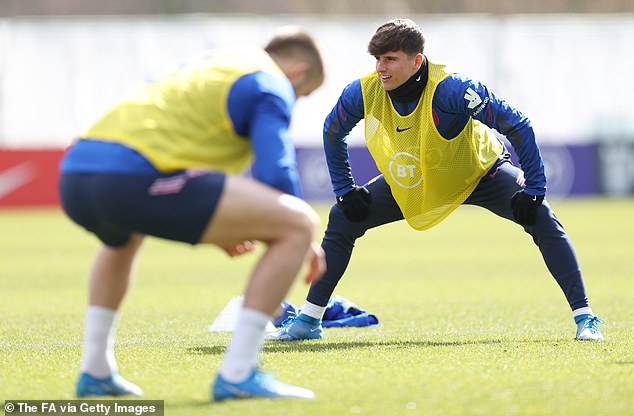 ‘It’s an area on the pitch where we are starting to get some options. It’s been great to have Jude (Bellingham) with us as well. Like almost every position on the pitch we have a lot of competition for places.’

Southgate added: ‘He’s just a very good player; very exciting, a player who is intelligent in his positioning. He has skills to receive the ball under pressure and take players out of the game with his tight control.

‘He has a lovely range of passing. And what’s most important is he has a real eye for goal and a hunger to score.’

The Three Lions will be without Manchester United striker Marcus Rashford due to a foot injury. 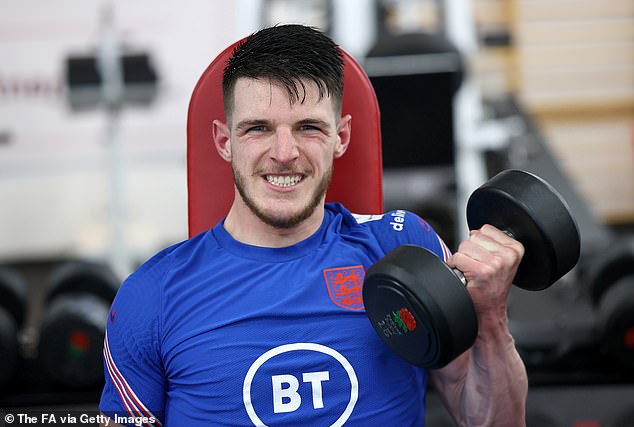 But Southgate said: ‘We’ve only really had Marcus for a game and a half this season, so it’s an opportunity for others.

‘We’ve seen Jesse Lingard come back in. We’re a little short of options to refresh the team but the attacking players are very exciting. They are in form and I’m looking forward to seeing them play again.’

Defender Harry Maguire believes England are a better team now than when they reached the World Cup semi-finals in 2018.

‘I think over the three years we’ve developed, we’ve worked more tactically, the experience of the big tournament, the highs and the lows,’ said the Manchester United centre-half.

‘We’ve got to take that experience into the coming tournaments. I’m sure that will help us. Of course as a player and as a team three years is a long time to develop and we have developed in a positive way.’