TALK OF THE TOWN: George Osborne reveals his engagement to pregnant partner Thea Rogers three days after what would have been 23rd wedding anniversary with ex-wife Frances

By Charlotte Griffiths for The Mail on Sunday

If it wasn’t painful enough for Frances Osborne to read my revelation last week that her ex-husband George and his expectant partner Thea Rogers were happily engaged, I now learn that last Sunday would have been the former couple’s 23rd wedding anniversary.

The ex-Chancellor formally announced his engagement in The Times three days after I dropped the bomb that Thea was his fiancee.

My story was accompanied by pictures of the couple with their playful new puppy – a fox-red labrador – outside the exclusive Portland maternity hospital in London.

While the engagement news may have been heart-warming for some, it may well have stung Frances, 52, that her ex made the announcement at such a poignant time. 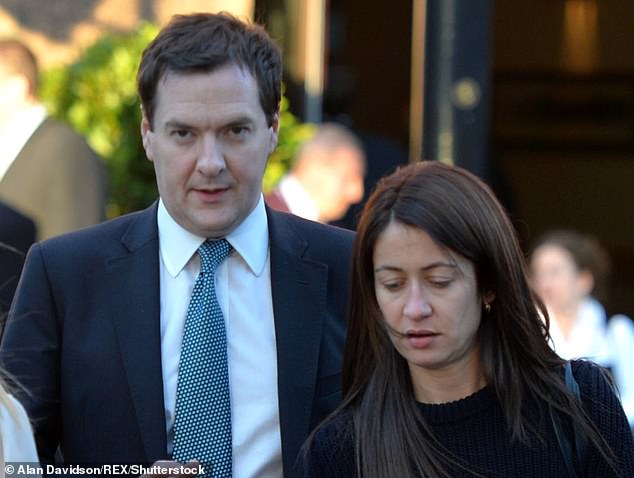 George Osborne formally announced his engagement in The Times three days after I dropped the bomb that Thea Rogers (both pictured in 2013) was his fiancee, writes Charlotte Griffiths

I also gather that George and Thea have told friends they are having a boy.

George’s father is Sir Peter Osborne, 17th Baronet, and co-founder of the Osborne & Little wallpaper company. If Luke were to have no sons, George’s new baby would be in line to the family title.

George and Frances, daughter of Baron Howell of Guildford, were married on April 4, 1998, in front of 250 friends including William Hague and author Robert Harris. They had a lavish reception described as a ‘slick, raspberry-coulis affair’ at the Oxo Tower in London.

They separated in 2019. Less than a year later it was revealed that George was dating Thea, his former special adviser, who was 38 at the time. Thea famously overhauled his image while he was at the Treasury and put him on a diet.

George said then that he had ‘probably never been happier in my life’ – and when I revealed last month that the couple were having a baby, sources close to him reiterated that he ‘couldn’t be happier’. 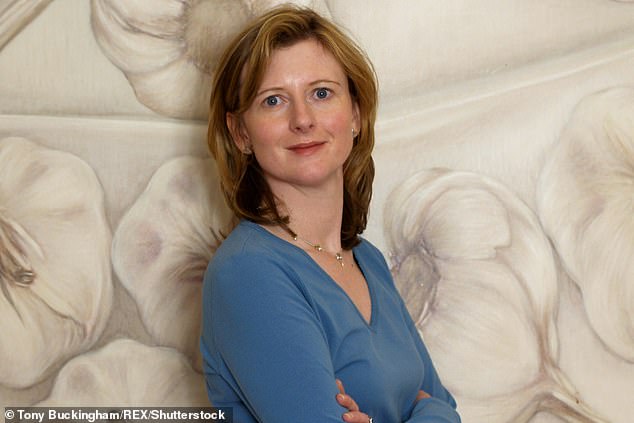 While the engagement news may have been heart-warming for some, it may well have stung Frances (above), 52, that her ex made the announcement at such a poignant time (file photo)

Last week, the former Chancellor was pictured with his puppy, battling at the dog groomer’s before getting its claws clipped.

Thea is now high up at Deliveroo and was expected to receive a mammoth payday when the company floated last month, although she has denied the figure was anywhere near the reported £40 million.

She and George, now an investment banker, recently spent £1.6 million on a home in Somerset.

Farewell to Prince Philip, who was my best-ever social circuit encounter during my Girl About Town days. I met the Duke in 2016 at the Royal Yacht Squadron on the Isle of Wight during Cowes racing week. Most of the guests were ‘of a certain age’ (I was young then!) so my female friend and I were conspicuous, especially as I was not formally dressed.

Breaking away from his friends, the Duke sauntered over to us and cracked a joke: ‘Are you serving at the bar, or just propping it up?’ I said I was happily propping it up, and not – despite my age and attire – a barmaid.

Philip, the club’s Admiral, is credited with encouraging ladies into the RYS long before it allowed women members in 2015. The commodore, Jamie Sheldon, said: ‘He modernised the governance of the club. He will be sorely missed.’ 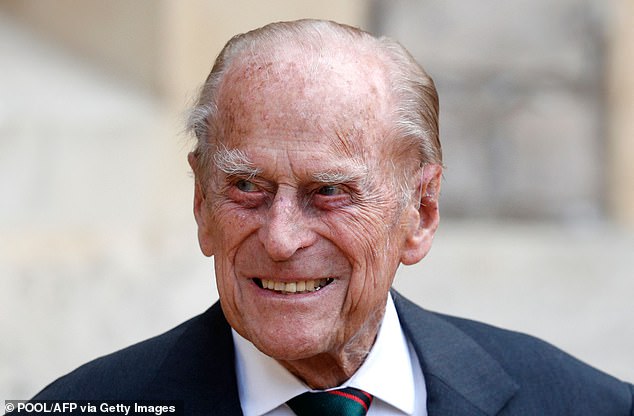 Farewell to Prince Philip (pictured above, in July last year), who was my best-ever social circuit encounter during my Girl About Town days, writes Charlotte Griffiths