Gogglebox stars couldn’t quite believe what happened during the final episode of The Masked Singer Australia, which aired on Channel Ten earlier this month.

‘Pray tell, who the hell is Anastacia?’ she blurted out during the reveal on Thursday night’s episode. 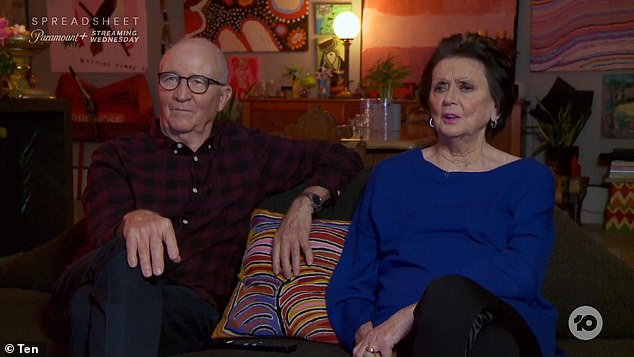 That’s awkward! On Thursday’s episode of Gogglebox, Di Kershaw was flabbergasted when she realised she had no idea who the celebrities on The Masked Singer Australia were. Pictured, Di and husband Mick

But it wasn’t just the I’m Outta Love singer who Di was unaware of.

As the episode played out, she also had no idea who Em Rusciano was after she was revealed as Dolly on the family friendly outing. 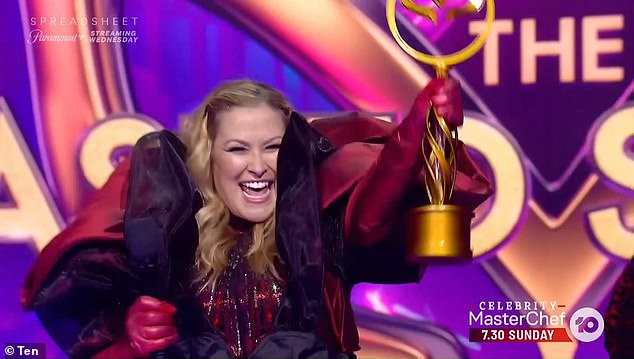 Come again? ‘Pray tell, who the hell is Anastacia?’ Di blurted out during the reveal on Thursday night’s episode. Pictured, Anastacia 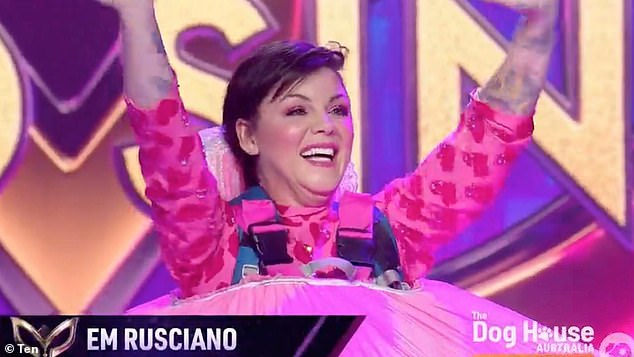 ‘I reckon Dolly’s Adele,’ he maintained, as his best mate Matty Fahd joked: ‘Alright, bro, now you’re starting to guess like them.’

Things soon went from bad to worse when Axle Whitehead was revealed as Mullet. 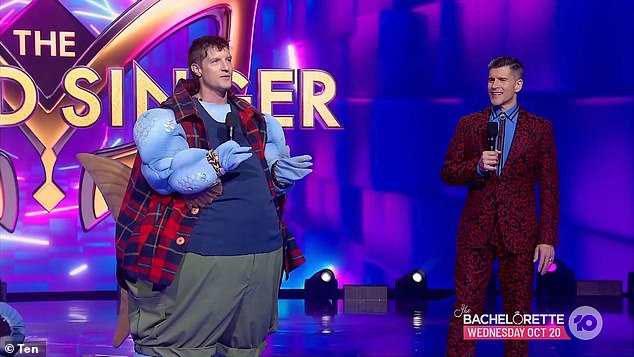 In the lead up to his reveal, siblings Tim and Leanne Lai chanted ‘Take it off! Take it off! Show us who you are, Ya mullet!’

And it wasn’t long before they had their collective memories jogged.

‘He’s done naughty stuff, too. He whipped his ‘whoo-hoo’ out at the 2006 aria Awards,’ said Leanne before bursting into laughter.

And while Nana Silbery was excited to see Axel, she appeared to be under the impression that he was the winner, instead of Anastacia. 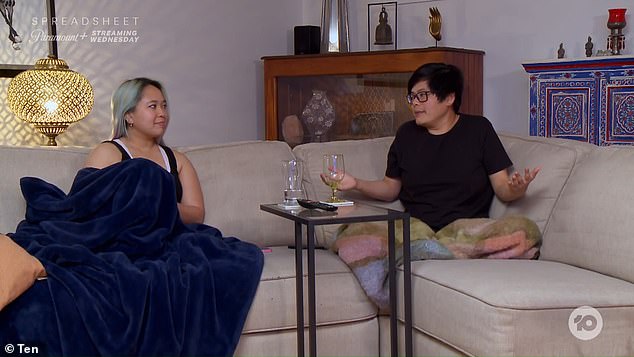 Never forget: Leanne reflected on one of Axle’s more embarrassing moments to date. ‘He’s done naughty stuff, too. He whipped his ‘whoo-hoo’ out at the 2006 ARIA Awards,’ she said before bursting into laughter

'I am horrified': Dr Alex George pens letter to LBC Radio in support of Tilly Ramsay