They say an Englishman’s home is his castle. But in the case of Damian Aspinall, the eco-minded socialite boss of Carrie Symonds, that ‘castle’ doesn’t actually belong to him.

Howletts House, a 30-room, Grade II-listed Palladian mansion in Kent, is instead the property of the Aspinall Foundation, a charity his late father John (a gambling buddy of Lord Lucan) established in 1984 to run his personal zoo.

The high-profile, non-profit organisation, which operates the Howletts and Port Lympne wildlife parks, and recently hired Miss Symonds as its director of communications, has for years allowed Damian to inhabit its trophy property for what looks like a peppercorn rent.

In 2019, the last year for which records are available, he paid just £2,500 a month to live at the biscuit-coloured stately pile, which was built in 1787.

That’s less than the going rate for a five-bedroom terraced student house in nearby Canterbury. It’s also around 40 per cent less than the £4,000 a month Mr Aspinall was paying back in 2016. 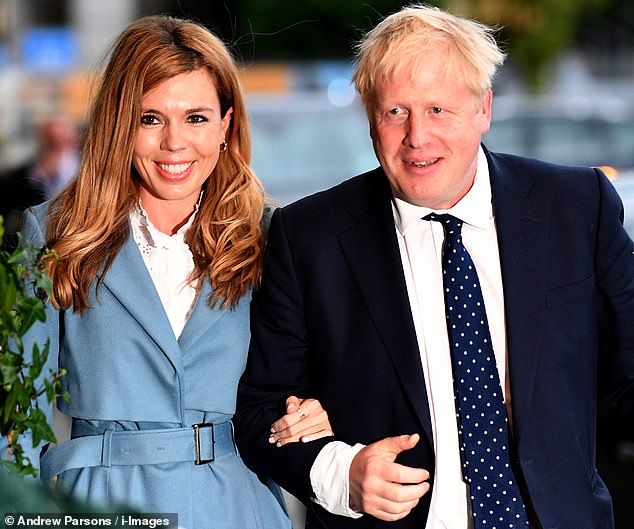 The lofty aims of the Aspinall Foundation, as registered with the Charities Commission, revolve around conservation work and public education. They do not include providing subsidised accommodation for already very wealthy people.

What’s more, charity trustees are also, in normal circumstances, forbidden from profiting or otherwise benefiting from their role.

Yet Mr Aspinall, who owes his cheap tenancy of this vast country residence to the foundation, is also one of the foundation’s trustees. In fact, he’s the chairman of its governing board.

These facts, revealed by the Daily Mail following the appointment in January of Miss Symonds, are at the centre of the regulator’s dramatic decision to launch a statutory inquiry into its affairs.

Ominously, for everyone involved, the conflict of interests over Howletts House is just the tip of an iceberg. For the probe will look at a host of highly irregular monetary links between the charity, which regularly solicits donations from the public, and the Aspinall family.

Among them is the question of why Damian, who has a child with actress Donna Air and has dated models Naomi Campbell, Elle Macpherson, Normandie Keith and Lisa Butcher, and singer Lisa Barbuscia, has been allowed to quietly use his charity’s coffers as a sort of personal piggy bank. 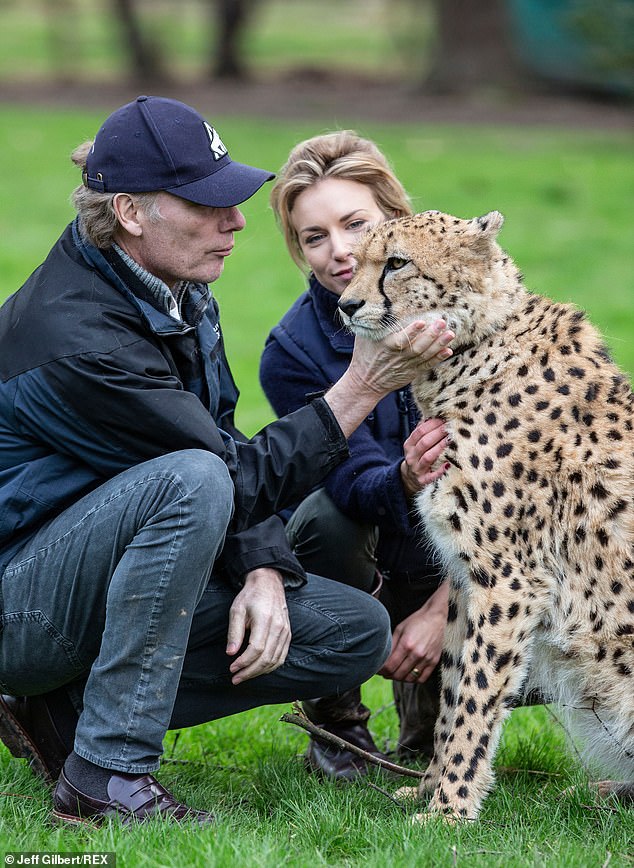 Damian Aspinall and Victoria Aspinall with the cheetah Saba, February 3, 2020

Neither is it willing to comment on how the debts were built up, apart from insisting they are not ‘loans’ and have been completely paid off. It seems unlikely that this explanation will wash with the commission.

Charities, which enjoy generous tax breaks, are not generally supposed to use their resources to extend credit (especially interest free) to wealthy people, just as they are not usually expected to provide them with cheap accommodation in a stately home.

Then there’s the small matter of tens of thousands of pounds that the foundation has shovelled into the designer pockets of Mr Aspinall’s wife, Victoria.

It has paid her £62,000 for ‘interior design services’ over the past couple of years, apparently for helping to oversee the renovation of rental properties.

Quite what qualified Victoria for this role is unclear: at the time she landed the job, she was not an established professional interior designer. Companies House records show that her design firm was incorporated in November 2019, more than a year after she was added to the foundation’s payroll.

Neither is it clear why, as the wife of a supposedly hugely wealthy socialite (Aspinall’s chain of mega-casinos, Aspers, made £9million profit last year), Victoria did not elect to carry out the charity work for free.

Again, this spending seems at odds with charity law, which dictates that the dependents of trustees cannot usually benefit from their role.

A sister charity, the Howletts Wild Animal Trust, which is also the subject of a statutory inquiry, elects to pay Damian’s wealthy 75-year-old stepmother Lady Sarah a pension of £30,000 a year. 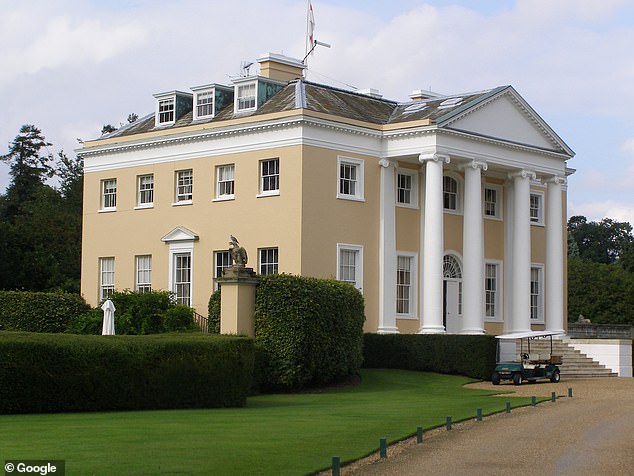 Pictured: Howletts. The lofty aims of the Aspinall Foundation, as registered with the Charities Commission, revolve around conservation work and public education. They do not include providing subsidised accommodation for already very wealthy people

The charity says it gives her this ‘annuity’ for her prior service as its ‘head gardener for many years’. But it refuses to say how long she worked in the job or whether she paid into a pension plan during that time. It is also unclear if she was ever an actual employee.

If Lady Sarah, who these days divides her time between South Africa and Chelsea, was living at Howletts House during the time she was its ‘head gardener’, she would of course have been spending some of her time looking after what was effectively the garden of her own home.

It’s a real hornet’s nest. And while charities are supposed to be governed by independent-minded trustees, who have a statutory duty to guard against impropriety and conflicts of interest, the Aspinall Foundation’s board instead consists almost entirely of close family chums of Damian.

Besides the man himself, the members are his grown-up daughter Tansy (by socialite ex-wife Louise Sebag-Montefiore) and Ben Goldsmith, the son of his old gambling buddy Sir Jimmy Goldsmith. Then there is Ben’s half-brother Robin Birley, who owns Mayfair private members club 5 Hertford Street; and Charles Filmer, who once worked as Jimmy Goldsmith’s PA and now runs a wealth-management firm called Alvarium which billed the charity £65,000 last year for accounting services.

The only member with no known links to Mr Aspinall and the Conservatives is Maarten Petermann, a hedge fund manager and former JP Morgan banker. The Howletts Wild Animal Trust meanwhile has just three trustees: Damian and Tansy Aspinall and Amos Courage, Lady Sarah’s son from her first marriage to racing driver Piers Courage, meaning he is Damian’s stepbrother.

Awkwardly, the Charity Commission’s ‘recommended good practice’ guidelines state that a trustee should serve on a charity’s board for only nine years. Yet Damian has been there since the early 2000s and Mr Birley and Mr Filmer joined in 2011. It all looks rather too cosy. And importantly, given the involvement of Miss Symonds, there is a political hue to the ‘chumocracy’ at the foundation’s helm.

Ben Goldsmith has made substantial donations to the Conservatives and was recently made a director of Defra by Michael Gove. Mr Birley donated £260,000 to Boris Johnson’s leadership bid.

A recently departed trustee is Zac Goldsmith, a close chum and mentor of Miss Symonds who quit the board in August 2019 shortly before being elevated to the House of Lords and given a Cabinet job by Boris Johnson.

This nexus of what a newspaper dubbed the ‘niche Brexiteering conservationist wing of the Conservative Party’ explains why Carrie’s appointment as the foundation’s director of communications has at least a whiff of patronage about it, especially since the job was not publicly advertised.

Her salary (said to be a ‘medium to high five figures’) certainly comes at a helpful time for our first family’s personal finances. Following an expensive divorce, and the suspension of his lucrative careers in journalism and public speaking, Mr Johnson is widely rumoured to be feeling the pinch.

The couple have been vexed by questions over how they can afford the lavish refurbishment of their Downing Street apartments, which was overseen by Miss Symonds. The issue of whether political patrons footed the bill is currently the subject of an Electoral Commission probe.

Supporters will doubtless argue that Miss Symonds, who previously ran the Tory party’s PR, got the job entirely on her merits. They will also point out that the financial shenanigans at the centre of the Charity Commission probe pre-date her arrival, which was announced in January.

Yet Miss Symonds has played a key role in attempting to downplay the scandal. In early February, shortly after the regulator announced that it was conducting a ‘regulatory compliance case’ involving the foundation, she issued a statement to the Mail claiming such a probe was ‘commonplace during routine regulatory checks’.

In fact, such cases are extraordinarily rare: last year, just 1.5 per cent of Britain’s 168,000 charities faced a regulatory compliance case. And only 67 organisations faced the humiliation of a full statutory investigation, of the sort announced yesterday.

Miss Symonds was out of the office yesterday, leaving colleagues to handle the fallout. Quite how she will spin the latest development in the Aspinall Foundation’s colourful history remains to be seen.