Hailee Steinfeld joined a bevy of stars who flocked to New York City for Fashion Week.

On Wednesday the 24-year-old singer/actress was seen strutting her stuff in Midtown before getting into a taxi cab.

The Dickinson star wore eye-catching blue trousers with a fitted white tee and a pair of retro boots. 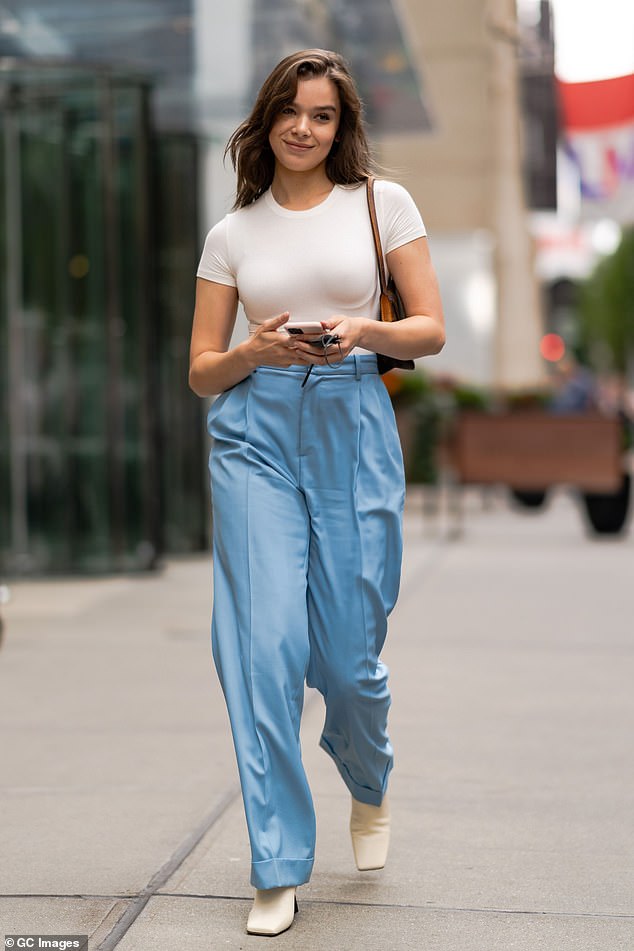 Breath of fresh air: Hailee Steinfeld, 24, was seen wearing blue trousers with retro boots as she stepped out in the Midtown area of NYC on Wednesday afternoon

Hailee looked fresh faced as she stepped out of a building with her hair effortlessly curled and flashed a smile.

She brightened up her day with a splash of color as she was spotted wearing a pair of baby blue high waisted trousers which she paired with a fitted tee.

Continuing to coordinate she wore retro white boots with a black heel and carried a classic Louis Vuitton bag over her shoulder.

The True Grit star was seen with a black face mask in tow which she slipped on her face ahead of a meeting. 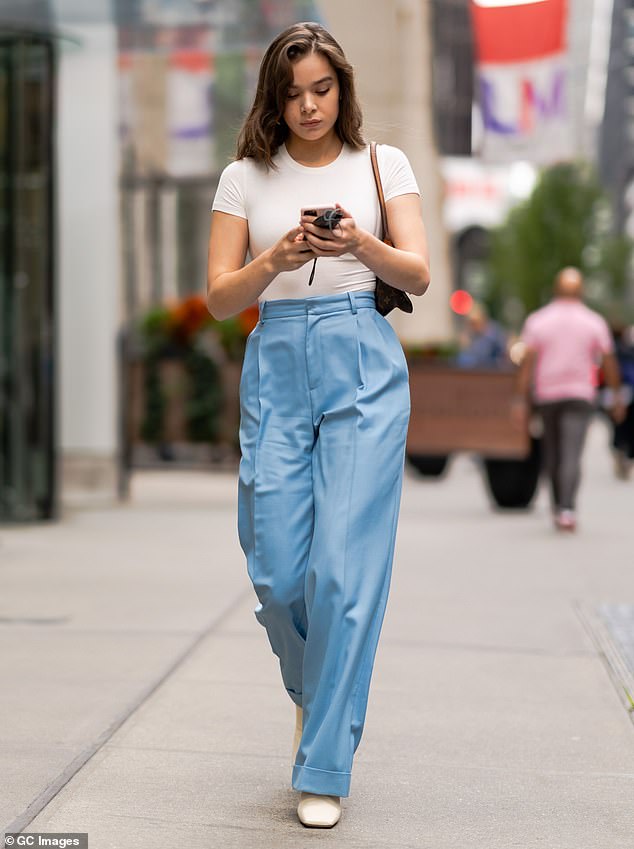 Natural beauty: The Dickinson star looked fresh faced as she stepped out of a building with her hair effortlessly curled 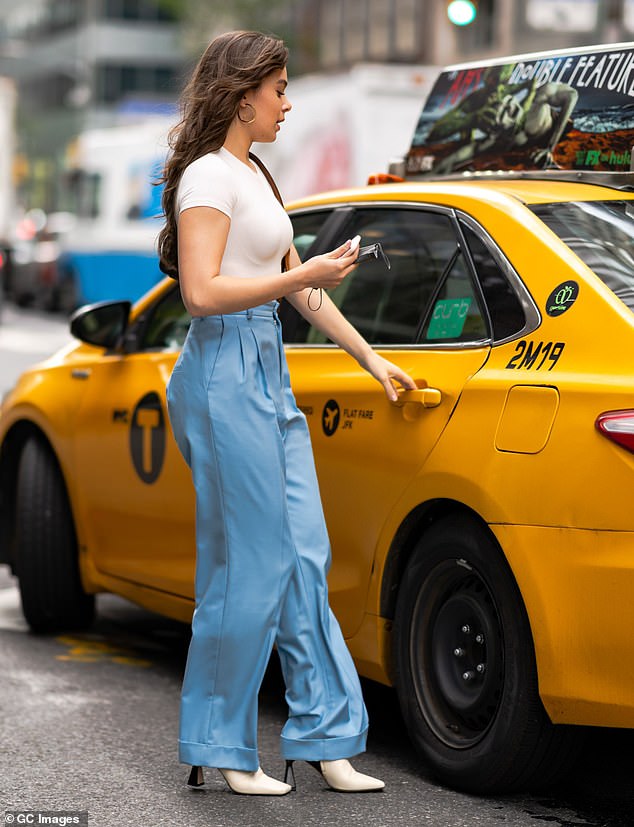 On the go: The California native was seen getting into a taxi cab

Proving to be a very busy lady, over the weekend the California native jetted to Venice, Italy for the 78th annual Film Festival.

As one of the faces of Armani Beauty she was seen wearing an Armani gown from 2006 at the premiere of Competencia Oficial.

It was recently revealed that her hit Apple TV+ show, Dickinson, would be ending with a third and final season that kicks off on November 5 and ends on December 24.

The show snagged a Peabody Award, and Steinfeld herself was nominated by the Hollywood Critics Association for Best Actress in a Streaming Service Comedy at the HCA TV Awards. 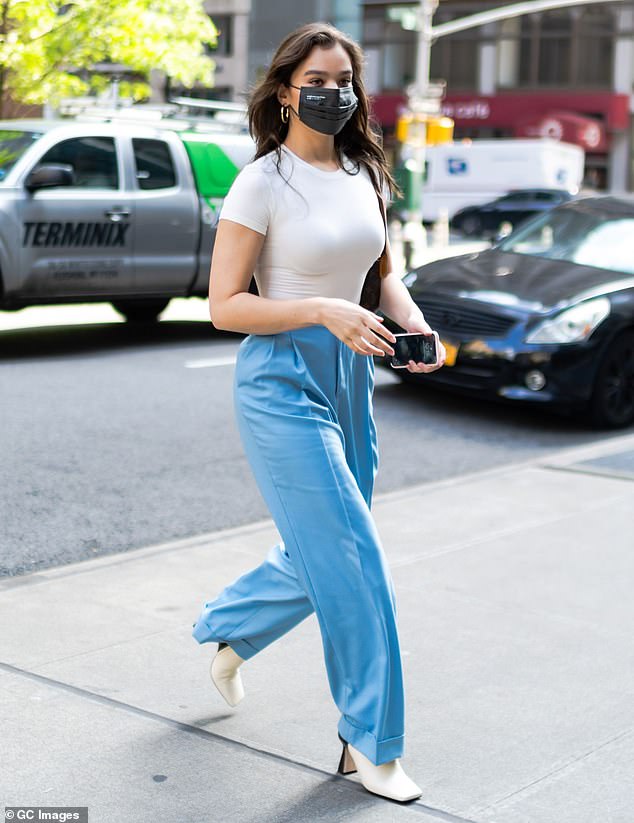 Pounding the pavement: The Hawkeye actress was seen bouncing around the city in stylish boots