TOWIE’s Harry Derbidge has split from his fiancé Dean Rowland.

Dean, 30, announced they have decided to end their two-year engagement on Instagram on Thursday evening.

It comes after the reality star, 27, and Dean put their adoption plans on hold in May last year and cancelled their wedding twice due to the coronavirus pandemic. 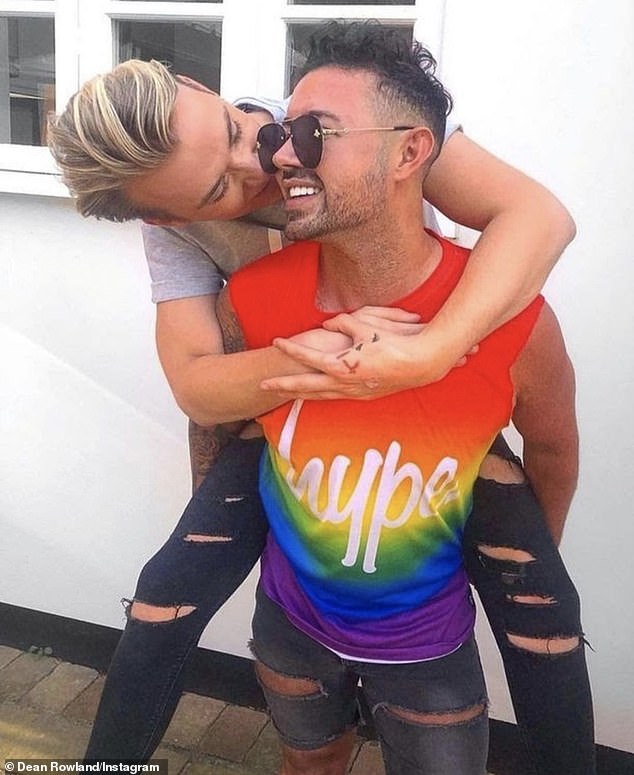 It’s all over: TOWIE’s Harry Derbidge has split from his fiancé Dean Rowland, two years after getting engaged

In an emotional post, Dean wrote:’ After 4 long amazing years, Harry and I have decided to part ways.’

‘It’s with a really heavy heart and absolute anxiety that I’m sharing this with you all.

‘It feels odd that we have to share this kind of thing with everyone, but it’s a consequence of the lives we’ve chosen to lead, which we also happen to be deeply grateful for. We’re living in an incredible moment in time, but it’s also a time where truth can easily be distorted into “alternative facts” 🙂 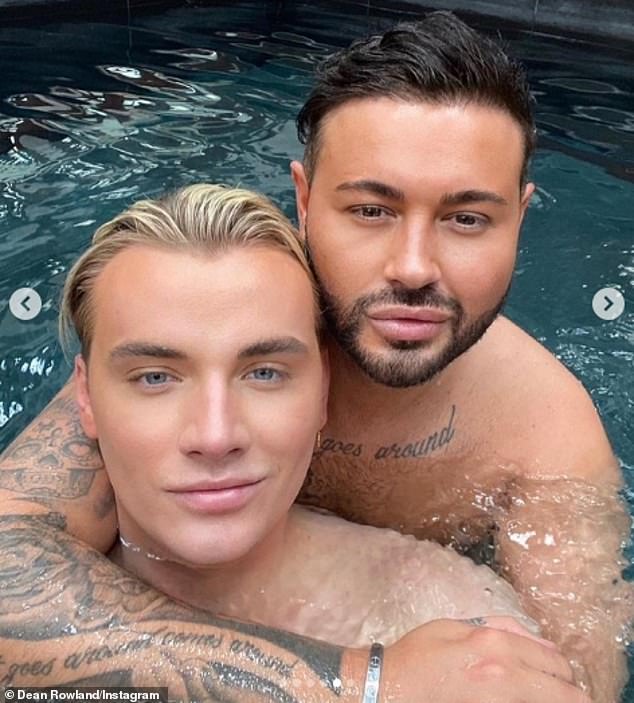 Heartbreaking: Dean took to Instagram on Thursday evening to share the sad news with fans saying:’ After 4 long amazing years, Harry and I have decided to part ways’

‘So, I want to share the truth, so you know that it’s most certainly fiction if you didn’t read it here.

‘Everyone on here, friends and social friends, have supported our relationship and been behind us no matter what we have been going through, be it our adoption process, giving us advice on our little 2 French bulldogs and just being a massive supporter of our business @celebritybrushes.

‘After 4 long amazing years, Harry and I have decided to part ways; this is totally on good terms. Nothing has changed about how much we love one another, but love is a beautiful adventure taking us different paths for now. 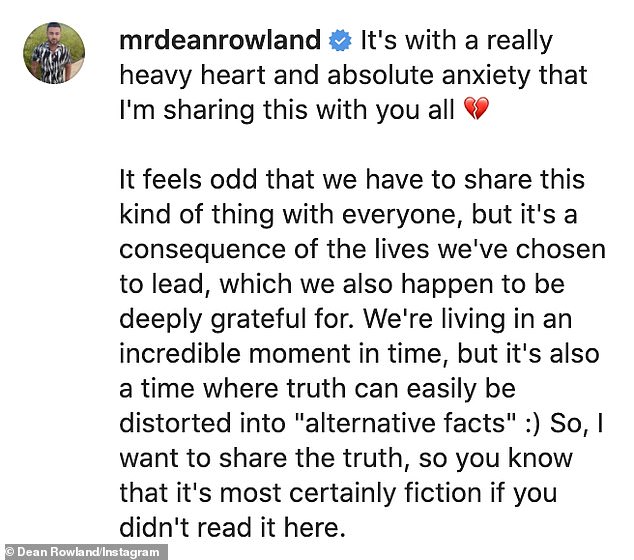 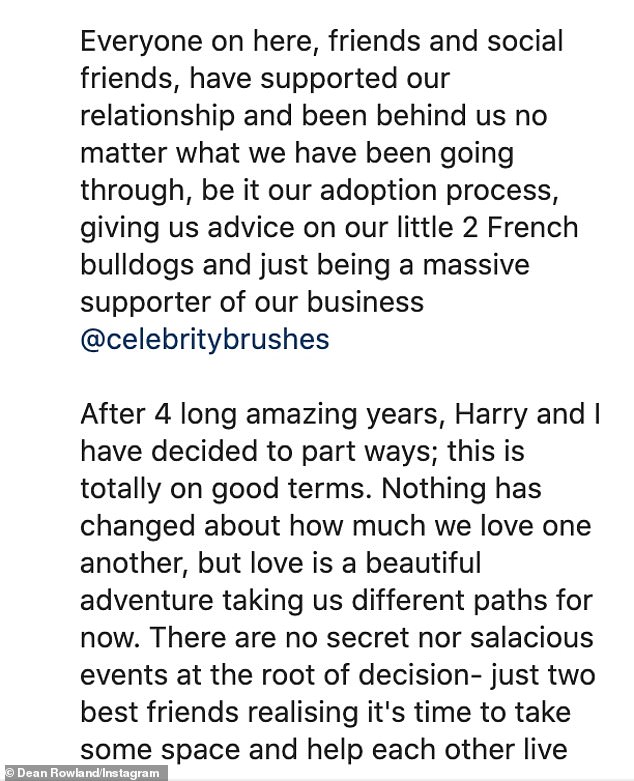 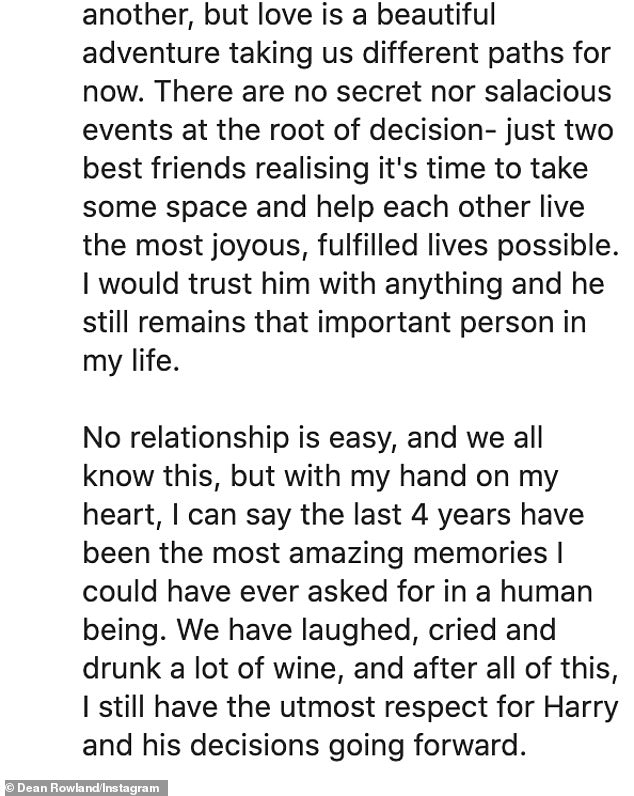 Split: The Celebrity Brushes co-owner wrote in an emotional post: ‘It’s with a really heavy heart and absolute anxiety that I’m sharing this with you all’

‘There are no secret nor salacious events at the root of decision- just two best friends realising it’s time to take some space and help each other live the most joyous, fulfilled lives possible.

‘I would trust him with anything and he still remains that important person in my life.

‘No relationship is easy, and we all know this, but with my hand on my heart, I can say the last 4 years have been the most amazing memories I could have ever asked for in a human being. We have laughed, cried and drunk a lot of wine, and after all of this, I still have the utmost respect for Harry and his decisions going forward.’ 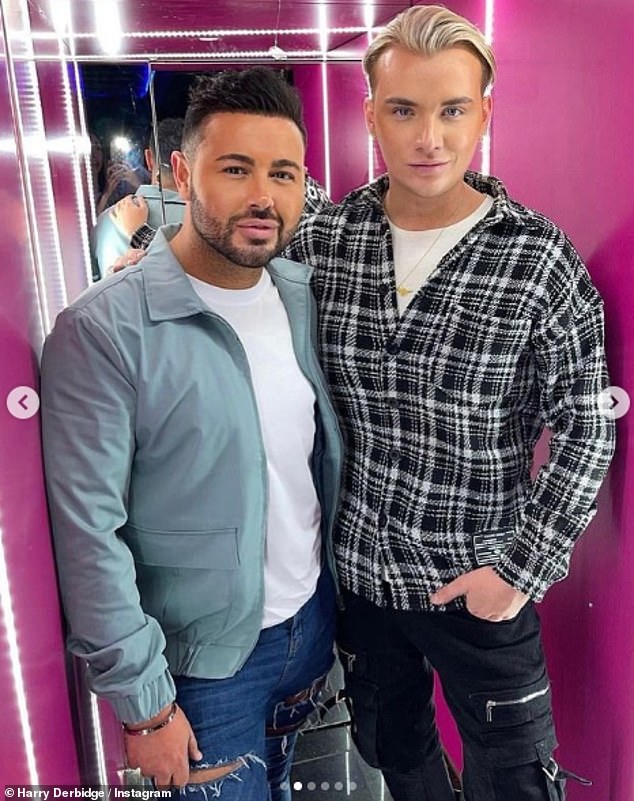 ‘Not only was Harry a lifelong partner for me, but he also was my best friend I did everything with, and although I’ve lost the connection on that level he’s still my best friend and someone I trust with my life.

‘We are still a family and will always be dedicated to our business Celebrity Brushes.

‘We won’t be commenting beyond this, and we thank you all in advance for respecting our family’s privacy and our mental well-being.

Harry is yet to comment on the break-up, however, many friends and fans rushed to send their love to the former couple. 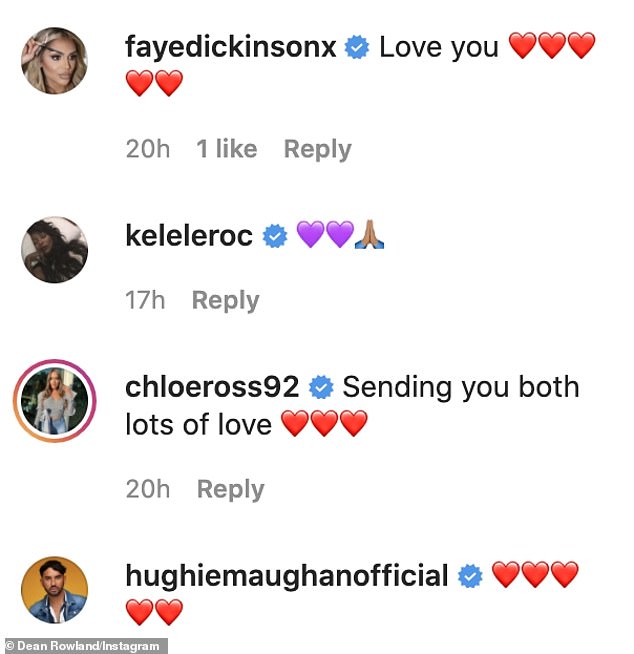 Support: Harry is yet to comment on the break up however many friends and fans rushed to send their love to the former couple

Their break-up comes after the former couple started the process of adoption in January 2019 but it was delayed last year due to the pandemic.

Harry told MailOnline in July of his yearning to become a parent: ‘I am so excited for that day. I hope it will be soon but we’re both so excited for when that day actually happens and we’re ready.

‘When me and Dean met four years ago he always said that he wanted kids and I said I definitely wanted kids one day. So, I can’t wait for that day to finally happen.’

Dean added: ‘When we’re out shopping and we see children’s clothes, we’re both like, “Aw, that would be lovely.”‘ 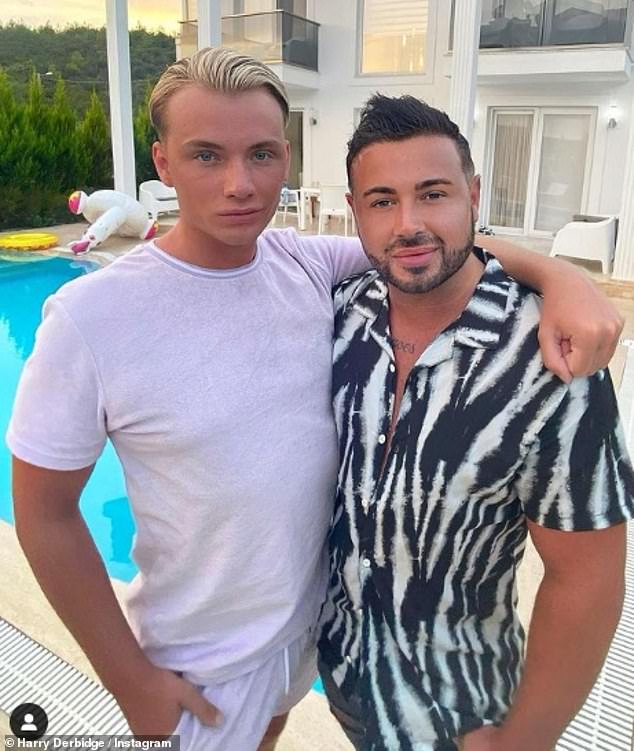 It comes after Harry told MailOnline in July of his yearning to become a parent: ‘I am so excited for that day. I hope it will be soon but we’re both so excited for when that day actually happens and we’re ready

During lockdown Harry and Dean launched their successful make-up brush business Celebrity Brushes and decided to pause their adoption for two years to focus on the company.

Dean explained: ‘When we started the adoption process, we actually started it two years ago in the January, and then Covid started in March last year so we didn’t even get a chance to get into it properly.

‘All the meetings were cancelled. Obviously during the first lockdown there was nothing going on, no meetings, and you had to stay at home.

‘We planned to launch Celebrity Brushes actually the year after. Because we were both at home, we had already started on all the designs already so we just said lets bring it forward because we’ve got this time on our hands, lets do something positive with it.

‘Then obviously we didn’t expect it to be as big as it is.’

The couple were due to marry in August last year – a year after getting engaged- but cancelled their big day twice due to the pandemic.

Harry continued: ‘We’ve literally cancelled our wedding twice and me and Dean said we cannot rearrange our wedding again and have to cancel a third time.

‘So we’ve literally waited for the all clear and now we’ve got the all clear for the 19th, on the 19th I’m ringing my venue up and I’m going to be like, “Book me in!” Hopefully we’ll be getting married next August.’

The couple recently moved home, leaving the apartment they shared together and into a house with a garden for their two dogs.

Before dating Dean, Harry’s turbulent romance with Bobby Norris was well documented on TOWIE in 2014. 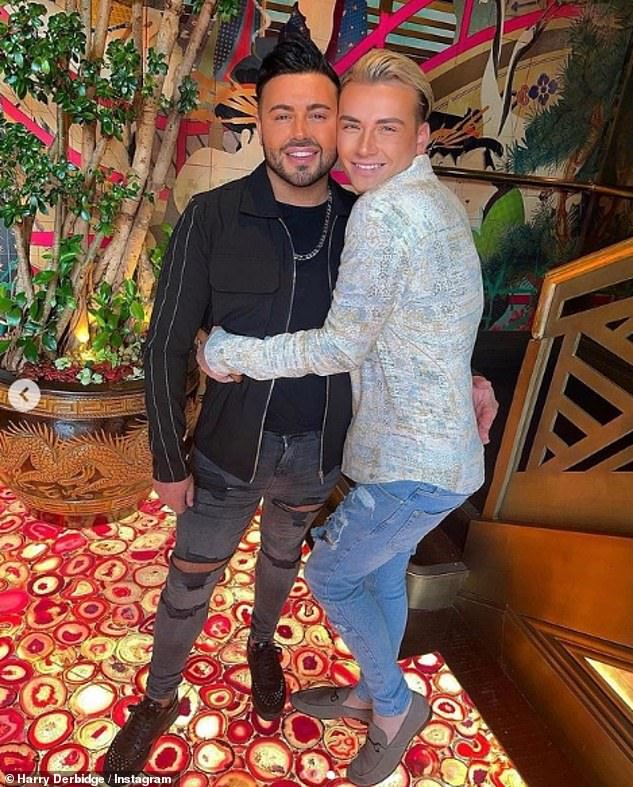 Meaning business: During lockdown Harry and Dean launched their make-up brush business Celebrity Brushes and decided to pause their adoption for two years to focus on the company