By Laura Parkin and Connie Rusk For Mailonline


She recently revealed that her baby Charlie will be her last child.

Helen looked sensational in the head-to-toe Fendi ensemble as she posed for photos at the Dorothy Perkins event in London. 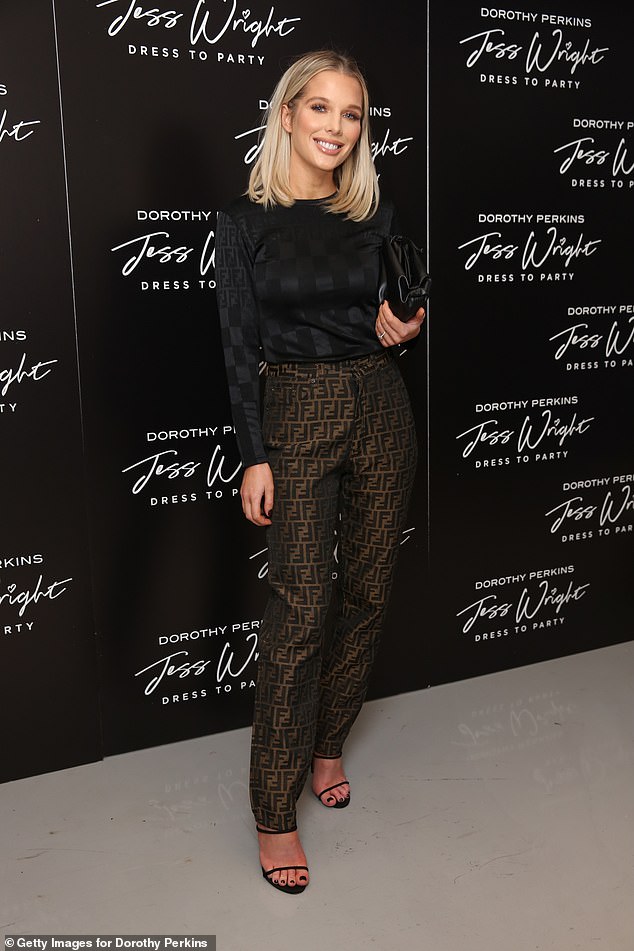 Sensational: Helen Flanagan put on a chic display in a black and gold Fendi ensemble at Jess Wright’s clothing launch on Tuesday after revealing that her son Charlie will be ‘my last baby’

The actress wore a pair of bold Nineties style black and gold Fendi logo jeans which she teamed with a silk black top also featuring the designer logo.

She added height to her look with strappy stiletto sandals and carried a black oversized clutch bag.

Helen glowed as she opted for a bronzed make up palette with a glitzy eye and blushed cheek and glossy nude lip. 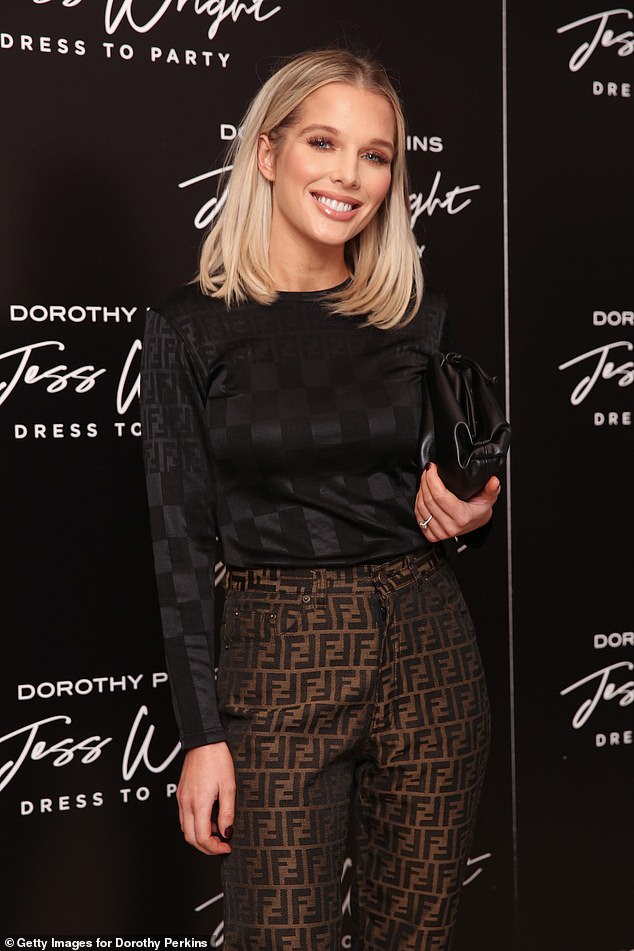 Bold: The Coronation Street actress, 31, opted for a a bronzed make up palette with a glitzy eye and blushed cheek and glossy nude lip as she carried an oversized clutch bag 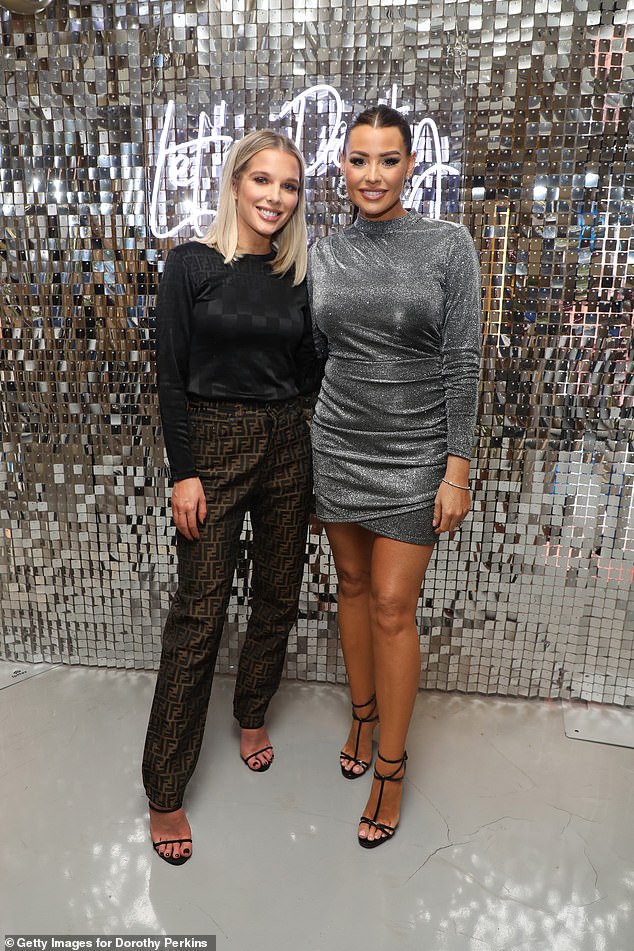 Glamorous: Helen posed for a picture with TOWIE’s Jess Wright, 36, to celebrate the launch of her new clothing range with Dorothy Perkins 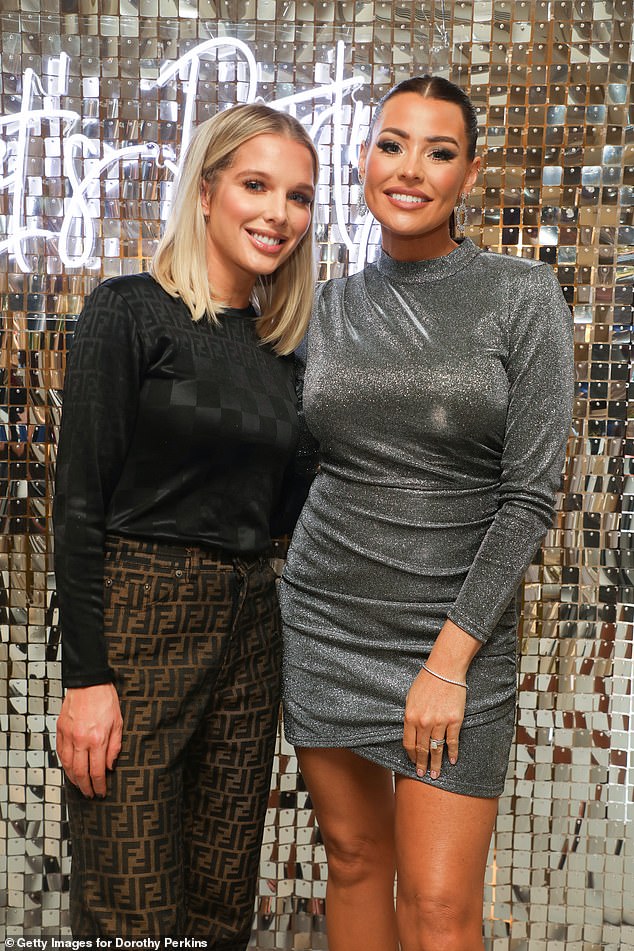 Effortless: She wore her blonde locks down in a sleek shoulder length bob whilst Jess opted for a very glitzy look in a silver mini dress and chandelier earrings 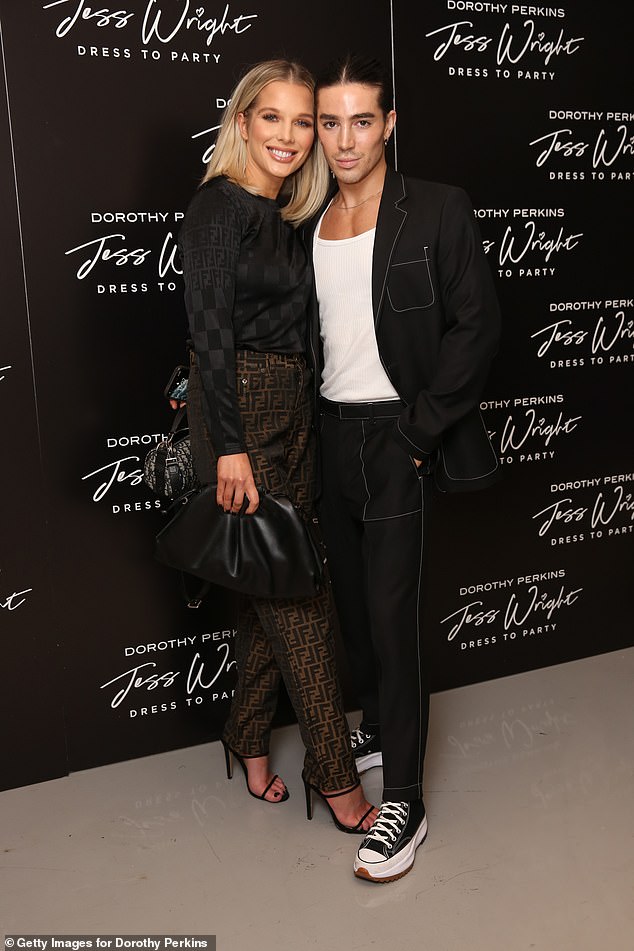 Pals: Celebrity hair stylist Jay Birmingham was also in attendance as he chose an all black ensemble that he paired with a small Dior bag and converse trainers

She wore her blonde locks down in an effortless shoulder length bob as she accessorized with only her engagement ring.

The outing comes as The Coronation Street actress, spoke about motherhood and her wedding plans to fiancé Scott Sinclair, 32, in an interview with OK! Magazine.

Helen, who welcomed Charlie seven months ago, said: ‘I would never say never, but I do think it’s likely that Charlie will be my last baby.

‘So I always think to myself: “I’m so lucky to have this time with him”. You have to really treasure it because it just goes so quickly.’

Helen, who is mother to Matilda, six, and Delilah, three, also touched upon her wedding plans.

The I’m A Celebrity star has been with Scott since 2009 and the former footballer proposed to Helen in 2018. 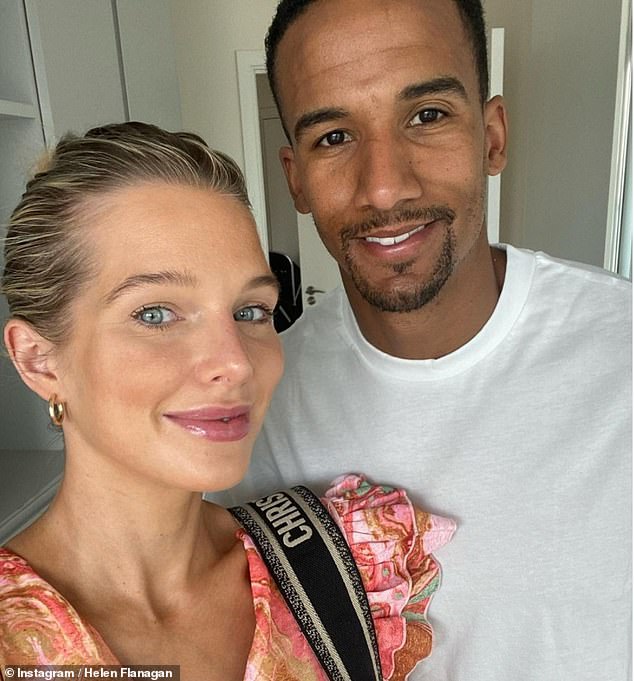 ‘Honestly I got to plan it all of the time but we’re so busy with the kids We’re probably being lazy about it. I’m very girly so I think it will have to be a big wedding to celebrate being together since the age of 19 ,’ she said.

And Helen wants to get married in England. The star said while they played with the idea of tying the knot abroad they settled on the UK as that is where their family based.

The actress said she was revisiting a possible wedding location in the hope it will be the one. 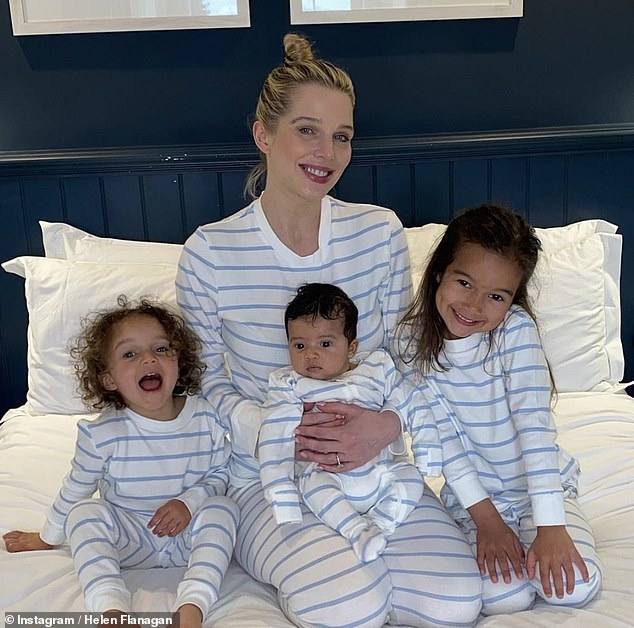 Motherhood: Helen, who welcomed Charlie seven months ago, said: ‘I would never say never, but I do think it’s likely that Charlie will be my last baby’ (pictured with Matilda and Delilah)