Not since he emerged from ICU in April has Boris Johnson appeared so zapped.

Perched in a committee room in Portcullis House, shoulders hunched, eyes drained of all enthusiasm, he looked as if he was steeling himself to sit through Ibsen. In Norwegian.

Actually it was worse than that.

The Prime Minister was facing a two-hour grilling from the Commons liaison committee, with 37 of Parliament’s foremost braggarts and blowhards all vying for his blood. 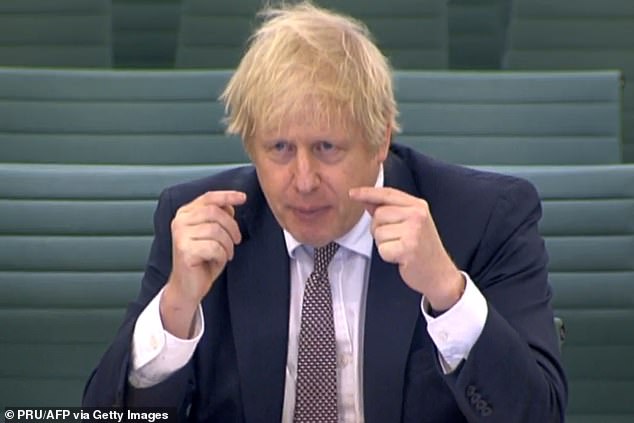 Perched in a committee room in Portcullis House, shoulders hunched, eyes drained of all enthusiasm, he looked as if he was steeling himself to sit through Ibsen 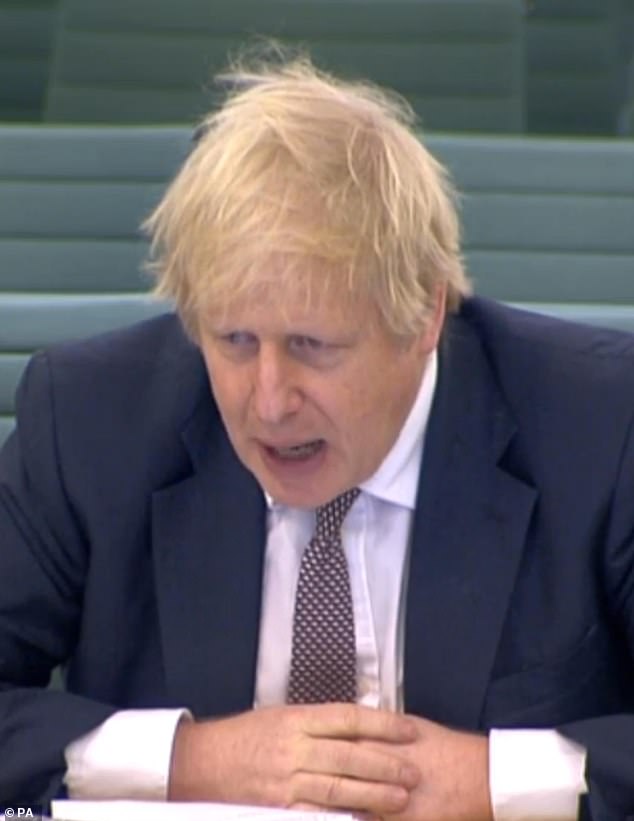 Boris claimed he looks forward to these sessions. A bare-faced fib. I swear his nose grew an inch or two

Small wonder PMs of all persuasions dread these sessions more than an appointment with the dentist’s drill.

Other than Boris, the only other man present yesterday was committee chairman Sir Bernard Jenkin. Everyone else contributed remotely.

Sir Bernard opened by expressing hope they would ALL be seeing the PM again before long. ‘I look forward to such sessions,’ trumpeted Boris. A bare-faced fib. I swear his nose grew an inch or two.

Jeremy Hunt was up first. Such a feline character. You’re never quite sure if he’s friend or foe. Actually, he gave Boris a fairly easy time, which probably wasn’t surprising. Mr Hunt pines for a Cabinet return like a lost puppy.

He mentioned a new strain of the virus which had been detected in Brazil. Not another one! Boris said the Government was ‘taking steps’ to keep cases of it out of the UK. This usually means not doing very much at all. Mr Hunt had some suggestions as to how government could improve NHS staffing. ‘We’ve never been very good at training doctors and nurses,’ he mused. A startling admission from someone who was health secretary for six years. 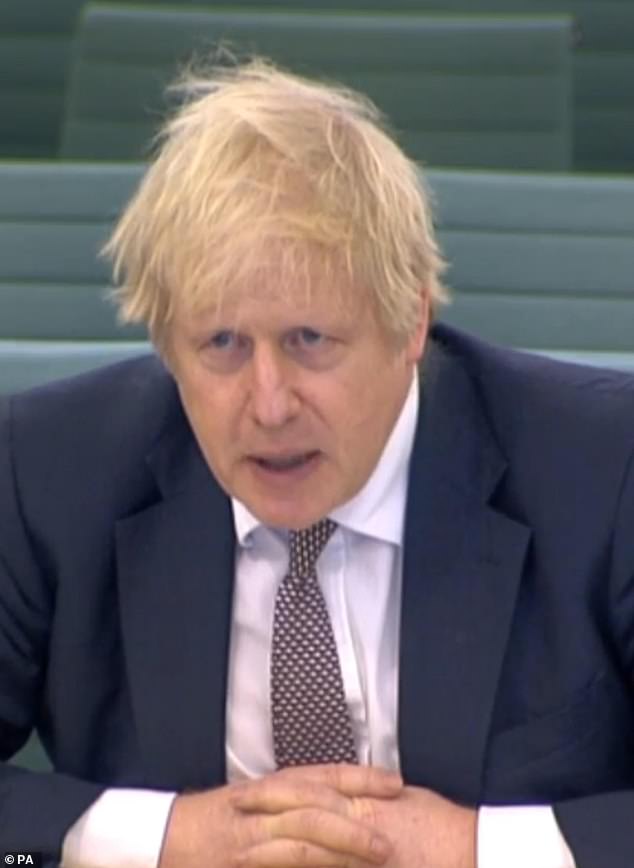 There followed some turgid questions from Clive Betts (Lab, Sheffield South East) about the vaccine rollout.

I admit I missed some of Betts’s contributions as my attention was diverted by a large Lego model of Parliament he’d constructed in the background. I’ve often wondered what MPs have been doing with all this spare time on their hands. Some 30 minutes into the session and Sir Bernard was getting tetchy. He demanded shorter questions, shorter answers.

If the PM couldn’t oblige, then he would have to suffer in situ longer. Boris momentarily blanched.

Proceedings got a much needed jolt by the arrival of that sparky livewire Caroline Nokes (Con, Romsey & Southampton N). She asked Boris why he had appointed so few women to the Lords. Boris reacted as though the thought had barely occurred to him. He mumbled something about there being more female parliamentary private secretaries now than male ones. Sir Bernard opined that he was very much in favour of more female MPs. ‘It’s an issue close to my heart,’ he remarked wolfishly.

She berated the PM at length over the lack of Covid checks at airports. Boris lowered his head. A riot policeman ducking for cover. 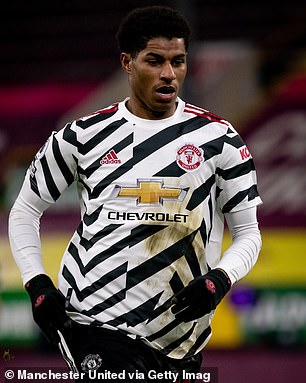 Boris rebutted by suggesting Marcus Rashford, pictured, was doing a better job at holding the government to account than Labour

Sir Bernard had a crack at reining Yvette in. Fat chance. On and on she carped. Sir Bernard groaned. ‘We’re well behind now …’

Brexit Committee chairman Hilary Benn (Lab, Leeds C) appeared. Possibly his last in these sessions for the time being since his committee is rumoured for the chop.

He asked if it was true the EU had offered UK musicians visa-free tours to the EU but the Government had turned the chance down. ‘No,’ Boris replied. Pffff. Hilary’s face slowly deflated like a punctured beach ball.

As the session ran over time, Sir Bernard requested the PM stay a bit longer. ‘Of course!’ Boris replied. Sir Bernard then pushed his luck by suggesting the PM return to visit the committee in February. ‘Now hold your horses!’ cried Boris holding his arms aloft. ‘That might be a little premature.’ Judging by yesterday’s mood, they’ll be lucky to see him again before autumn. Earlier at Prime Minister’s Questions, Sir Keir Starmer hectored the PM for tighter lockdown restrictions.

He started well enough, asking short, jabby questions but then relaxed back into the usual self-regarding waffle. Boris briefly riled him by suggesting footballer turned free school meals campaigner Marcus Rashford was doing a better job holding the Government to account than the Opposition.

Sir Keir’s head bobbled like a buoy on a boat’s wake. Like many who have rarely donned life’s gaudy cloak of failure, he finds insults difficult to process.

It was the quietest PMQs I’ve witnessed. Barely a handful of MPs showed up. Most who did wore masks. The old place was about as atmospheric as a provincial railway station.

Indeed, Sky News bigwigs were so underwhelmed they ordered the transmission to be cut short and headed to Holyrood to see what Nicola Sturgeon had to say for herself. As snubs go that is as bad as it gets.